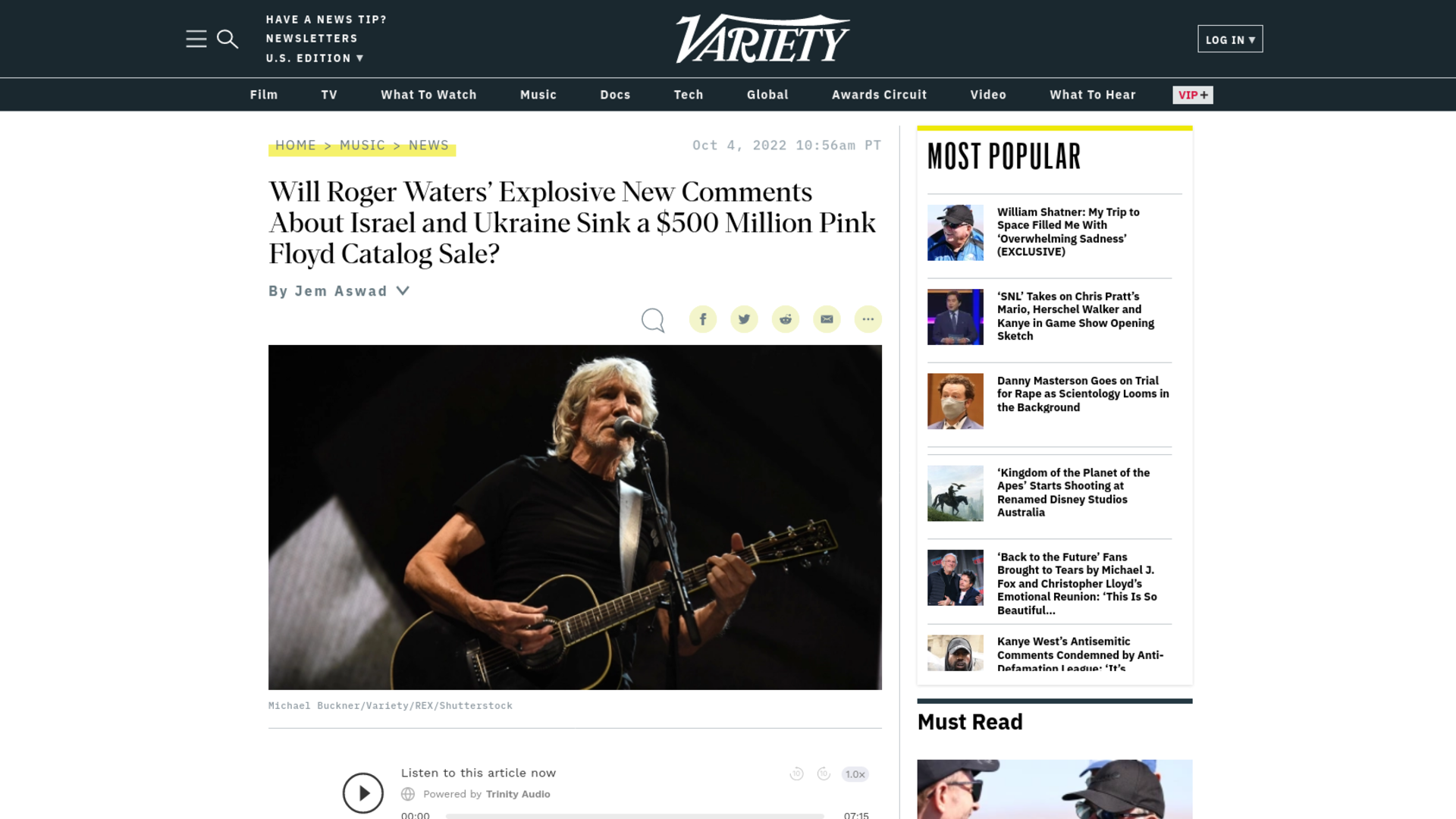 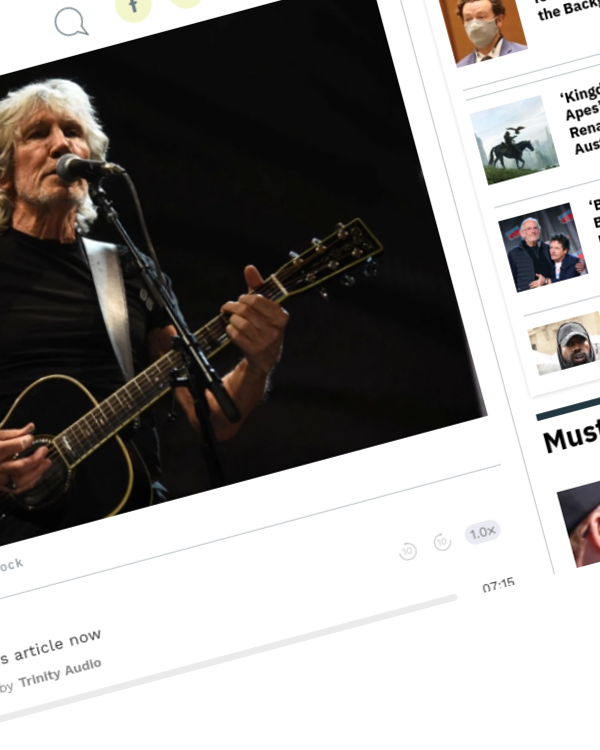 While there’s been no official word, legendary British rockers Pink Floyd have been shopping their recorded-music catalog and other assets for several months, seeking as much as $500 million, according to the Financial Times, with both major music companies and investment firms as the top bidders. But sources say an explosive new interview with founding member, main songwriter and stakeholder Roger Waters — in which he makes extensive remarks about Israel, Ukraine, Russia, the U.S. and other political matters that one could politely characterize as controversial — is giving at least one potential buyer cold feet and seems likely to lead others to rethink their positions.