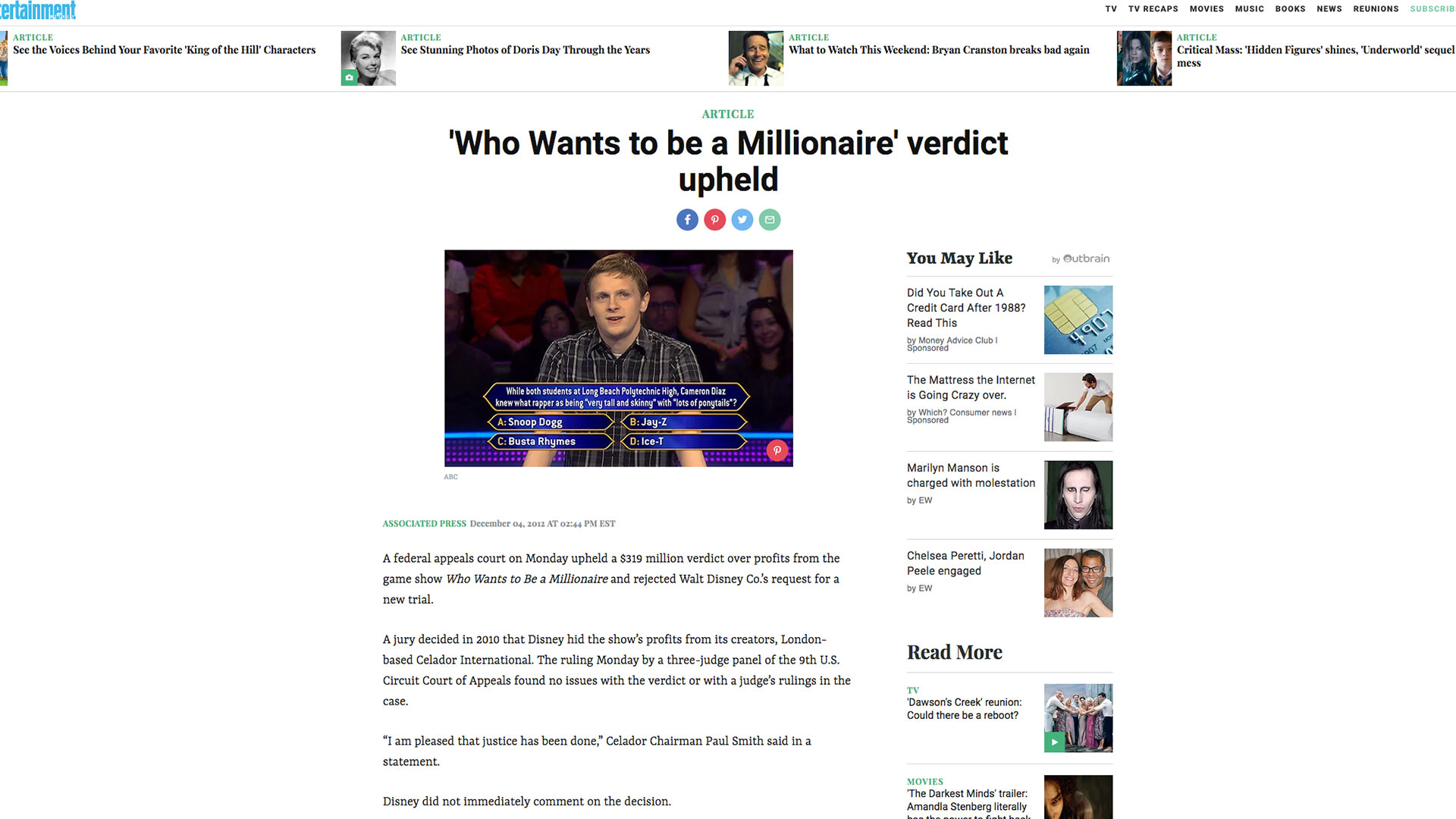 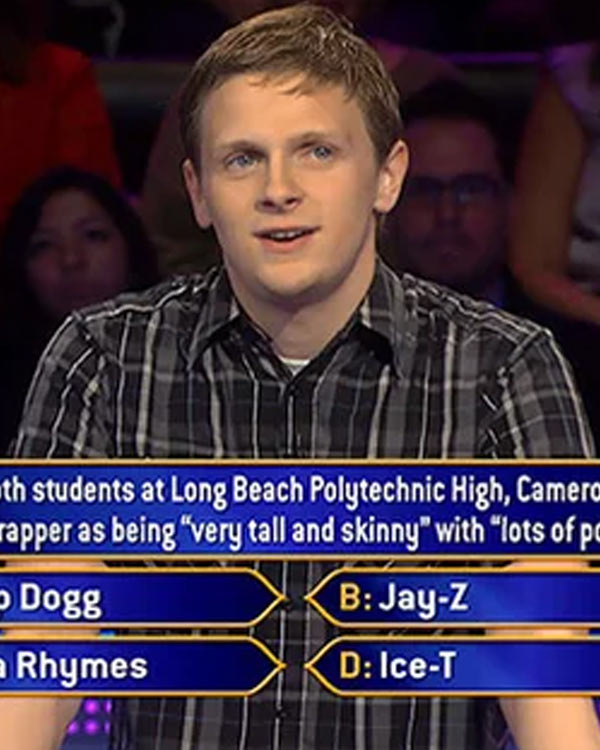 Home News ‘Who Wants to be a Millionaire’ verdict upheld

‘Who Wants to be a Millionaire’ verdict upheld

A federal appeals court on Monday upheld a $319 million verdict over profits from the game show Who Wants to Be a Millionaire and rejected Walt Disney Co.’s request for a new trial.

A jury decided in 2010 that Disney hid the show’s profits from its creators, London-based Celador International. The ruling Monday by a three-judge panel of the 9th U.S. Circuit Court of Appeals found no issues with the verdict or with a judge’s rulings in the case.

“I am pleased that justice has been done,” Celador Chairman Paul Smith said in a statement.

Celador, the British company that created Who Wants to Be a Millionaire, originally sued in 2004, alleging that the Disney companies breached an agreement under which Celador licensed the rights to the hit game show to ABC and Buena Vista. Celador argued that, under the terms of the deal, it was entitled to half of Disney’s profits, according to the suit but that Disney was using creative accounting to hide profits from the show. Celador also claimed that Disney failed to include their profits when calculating the profit participation owed to Celador and had improperly deducted merchandising and other expenses associated with the hit show. In July 2010, a jury found in favor of Celador on the breach of contract and breach of covenant of good faith and fair dealing claims. Celador was awarded $260.2 million for television revenues and $9.2 million for merchandising revenues. After Celador was awarded $50 million in prejudgment interest, Celador received $319 million in total. Disney appealed the decision but the Ninth Circuit affirmed the verdict in December 2012.