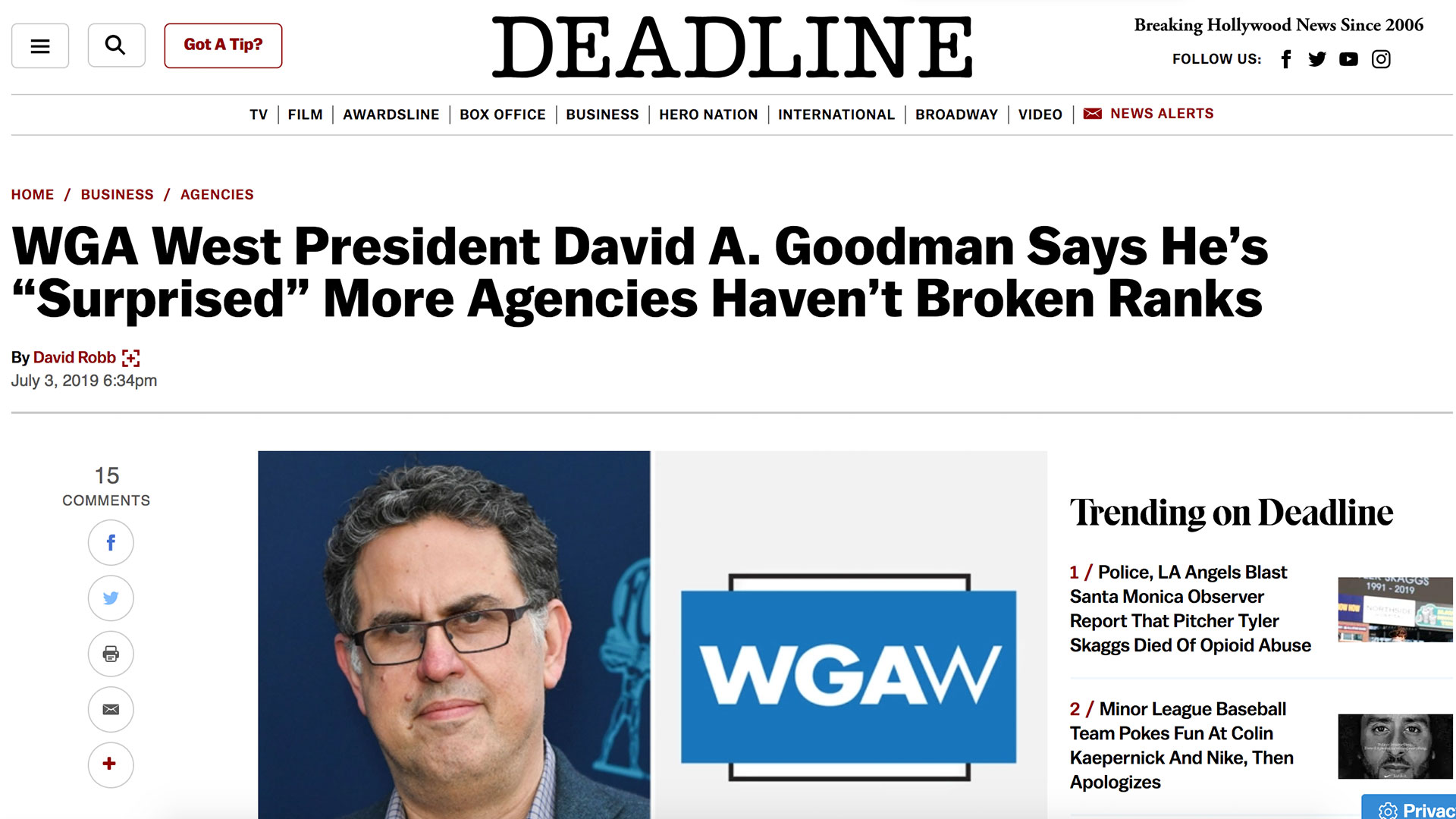 Nearly three months into the WGA’s standoff with Hollywood’s talent agents, WGA West president David A. Goodman says he’s “surprised” that more midsize and smaller agencies haven’t broken ranks with the Association of Talent Agents and signed the WGA’s new Code of Conduct. From the beginning, the guild has said that it intended to “divide and conquer” the agencies, but so far it has seen only limited success.