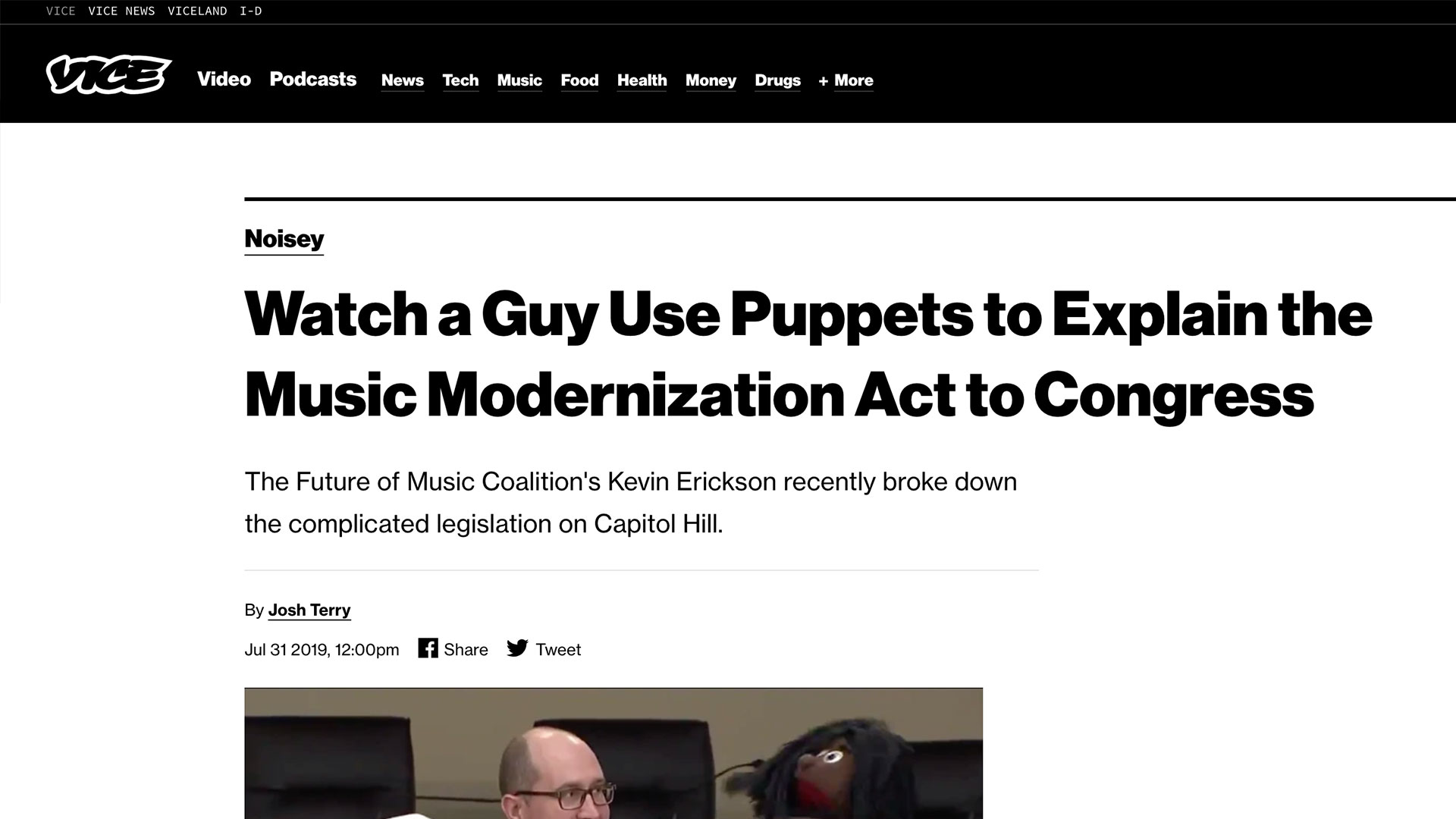 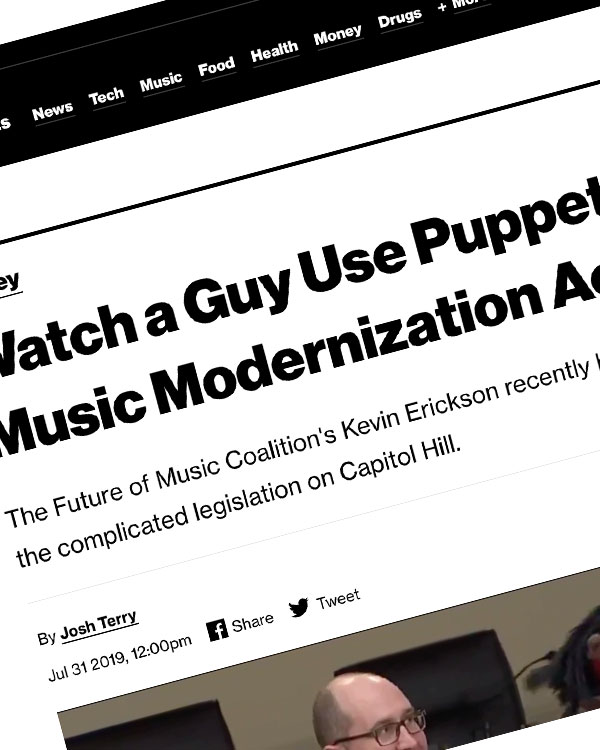 On Monday, the Congressional Internet Caucus Academy (CICA) hosted a panel called“In the Era of Streaming, Who’s the Bigger Music Mogul: Jay-Z or Congress?,” which discussed the ins and outs of music licensing. It was a pretty informative and substantive chat: the perfect CSPAN fodder to learn about an issue. But it was also a more exciting event than the congressional group is used to. After apologizing to the packed room for running out of sandwiches, panel hosts introduced speaker Kevin Erickson, the director of the Future of Music Coalition, to discuss the Music Modernization Act, which passed in October. And for his presentation, the dude brought actual puppets to break it all down.