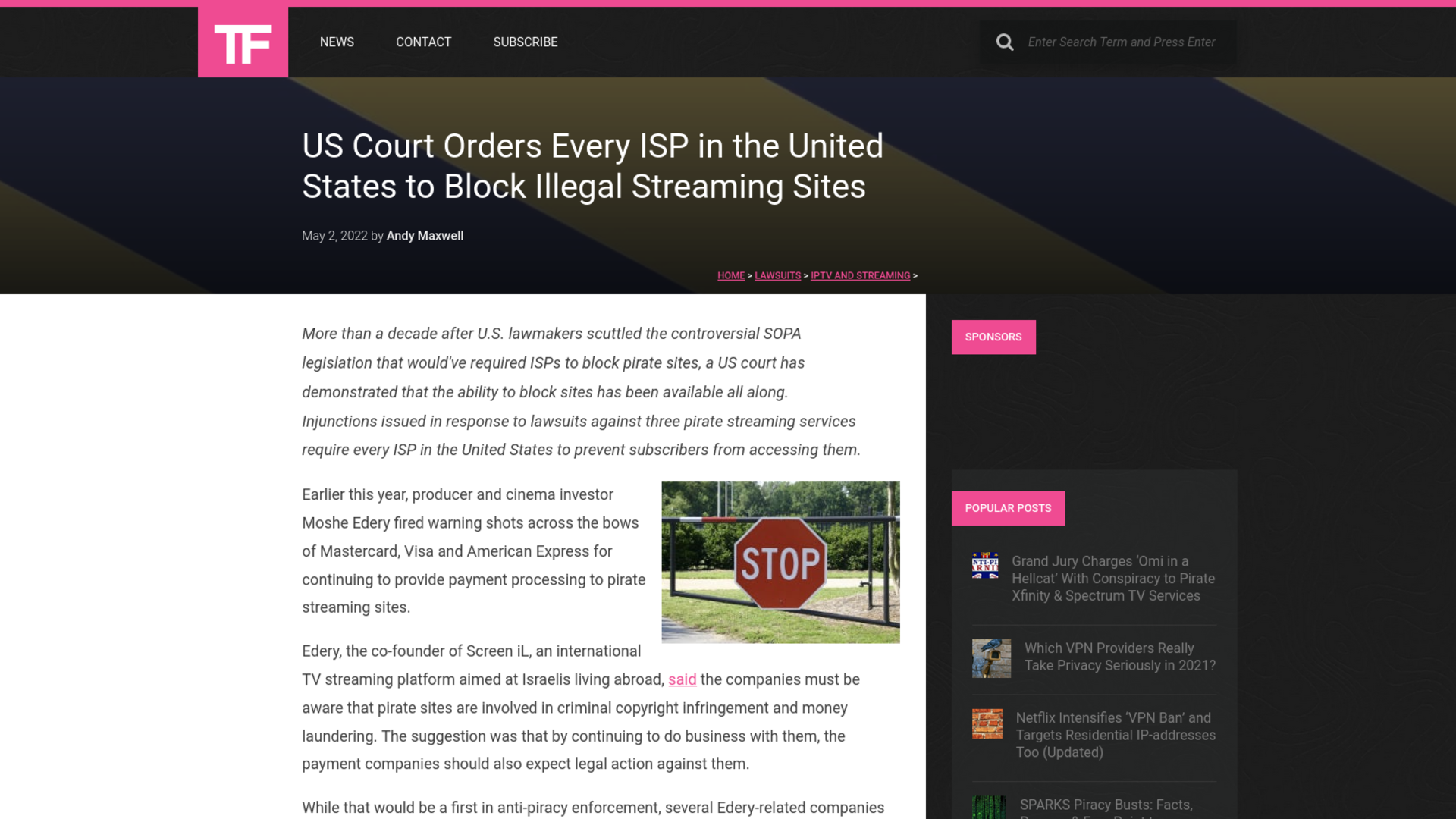 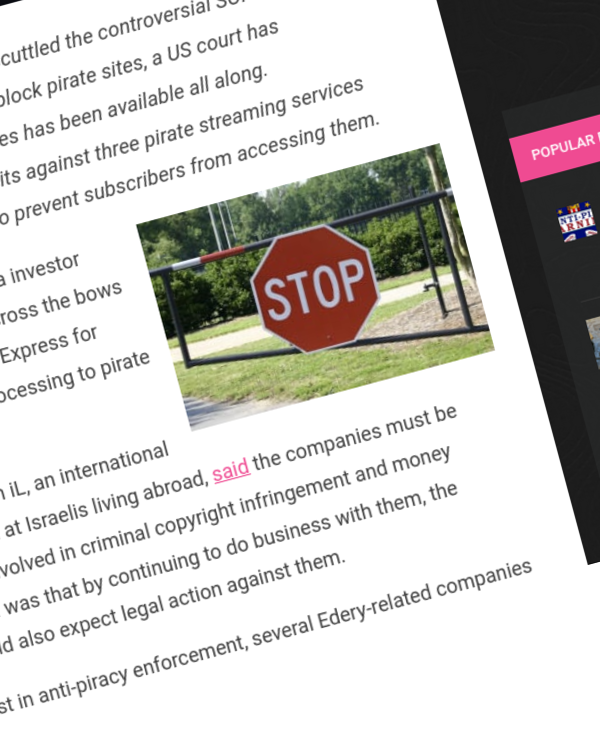 More than a decade after U.S. lawmakers scuttled the controversial SOPA legislation that would’ve required ISPs to block pirate sites, a US court has demonstrated that the ability to block sites has been available all along. Injunctions issued in response to lawsuits against three pirate streaming services require every ISP in the United States to prevent subscribers from accessing them.