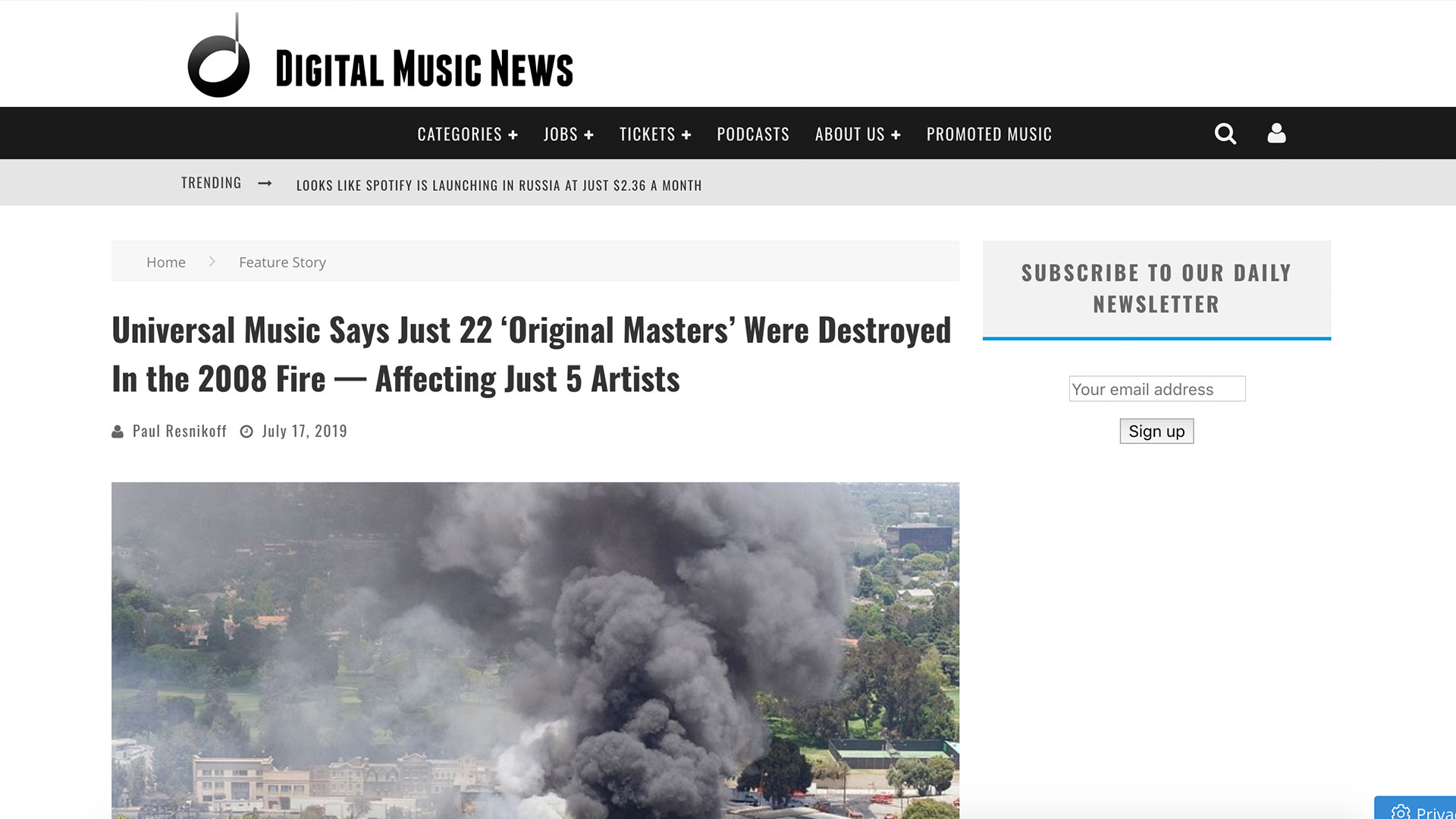 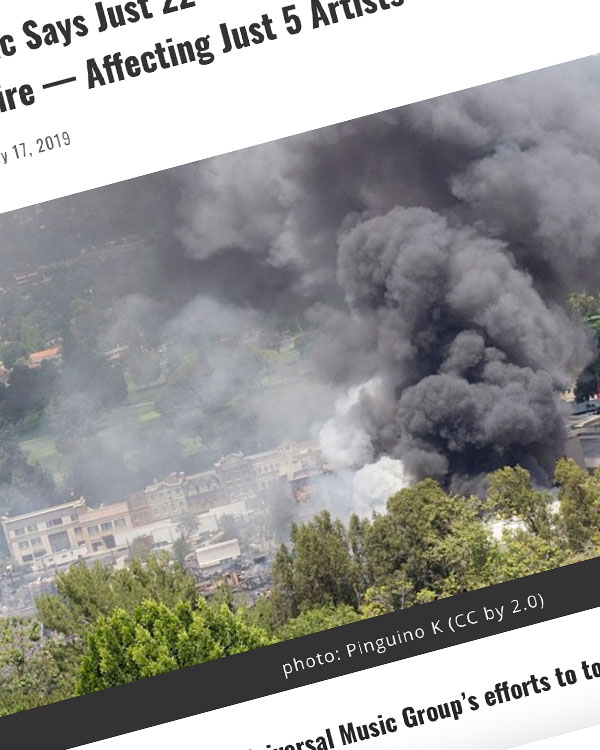 Perhaps the 2008 Universal Studios fire was just a bunch of billowing smoke?

That seems to be the position of Universal Music Group, which is now claiming that just 22 master recordings perished in the famous fire — at least according to their latest tally.