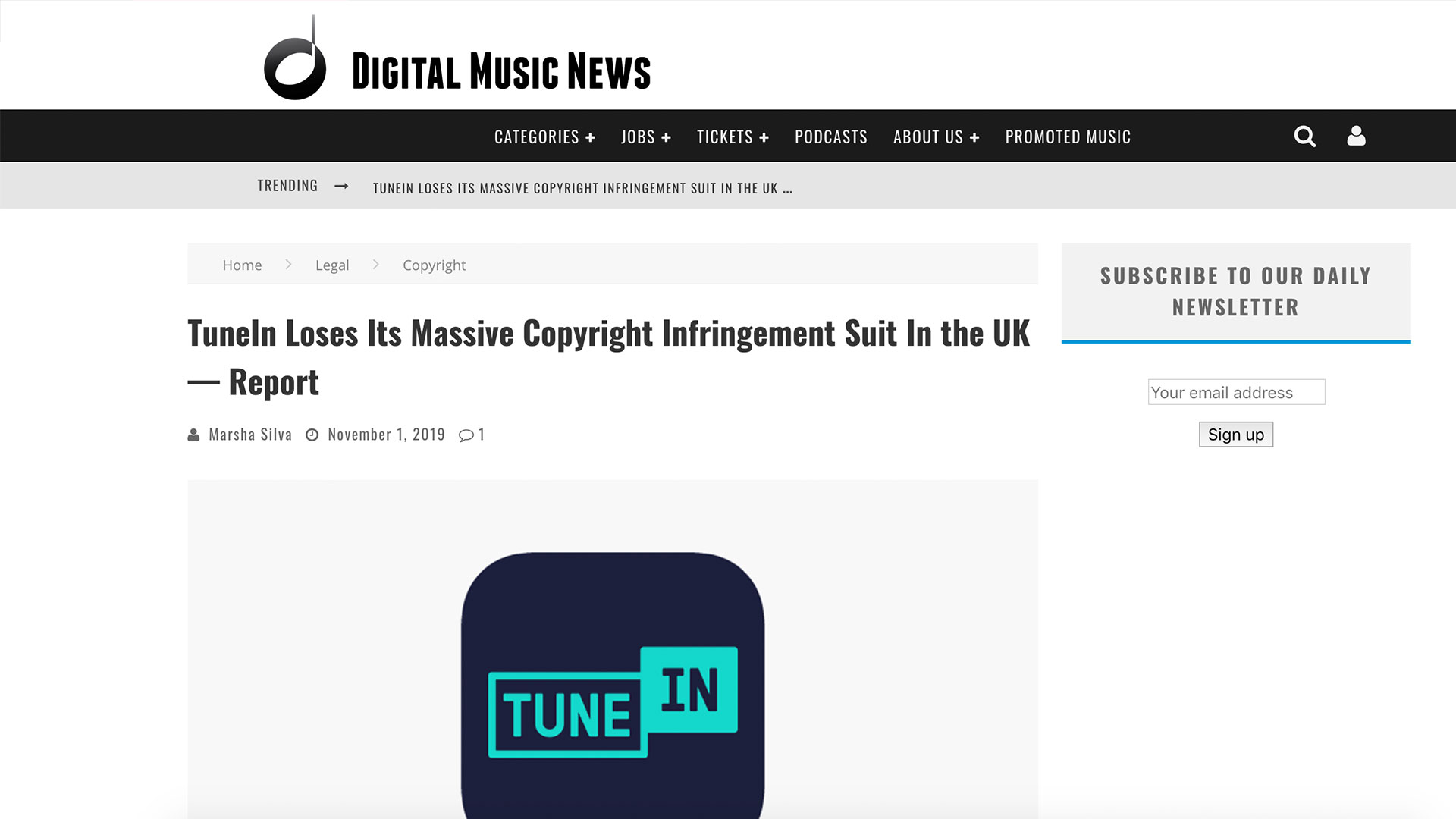 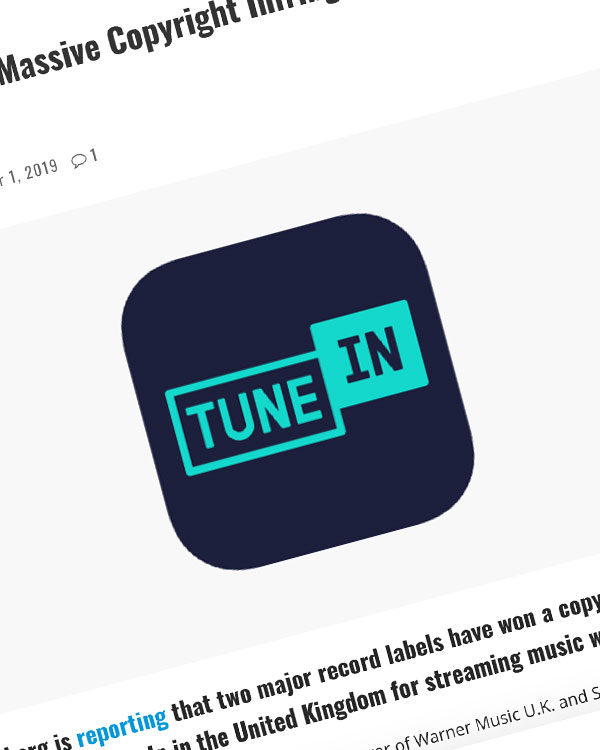 Bloomberg is reporting that two major record labels have won a copyright infringement lawsuit against TuneIn in the United Kingdom for streaming music without a license.

Earlier today, Judge Colin Birss in London found in favor of Warner Music U.K. and Sony Music Entertainment in their lawsuit against TuneIn. The two labels had sued the company because the TuneIn app lets users in the U.K. listen to music played by radio stations outside the country without properly licensing this music.