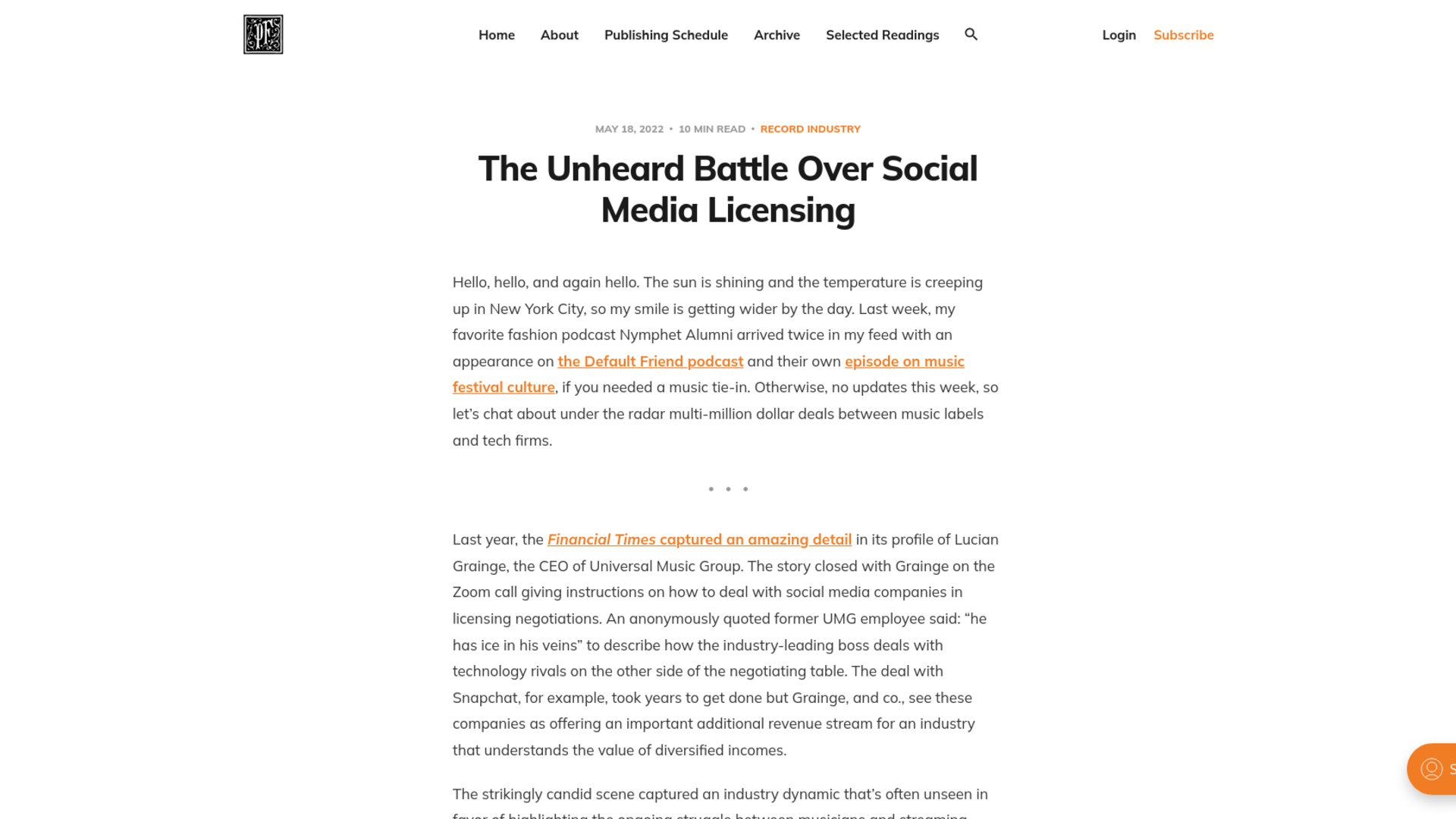 Last year, the Financial Times captured an amazing detail in its profile of Lucian Grainge, the CEO of Universal Music Group. The story closed with Grainge on the Zoom call giving instructions on how to deal with social media companies in licensing negotiations. An anonymously quoted former UMG employee said: “he has ice in his veins” to describe how the industry-leading boss deals with technology rivals on the other side of the negotiating table.