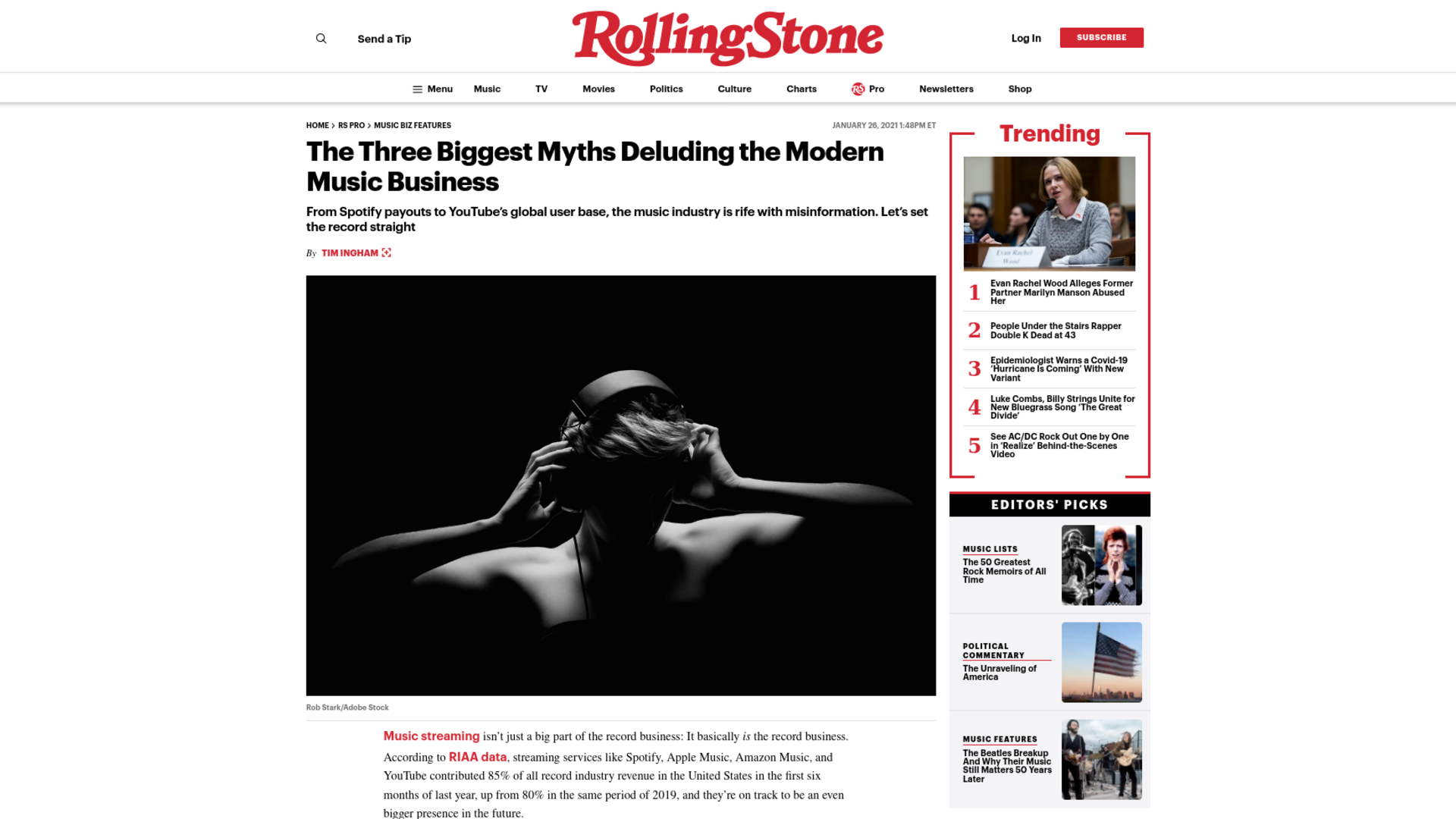 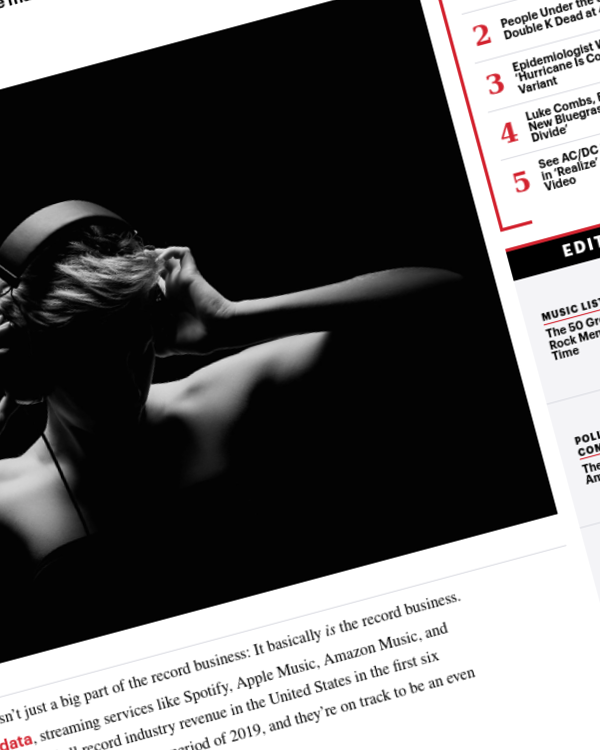 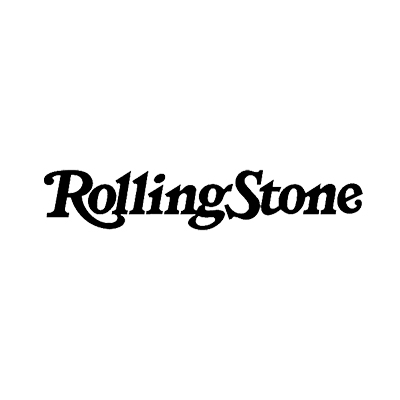 Music streaming isn’t just a big part of the record business: It basically is the record business. According to RIAA data, streaming services like Spotify, Apple Music, Amazon Music, and YouTube contributed 85% of all record industry revenue in the United States in the first six months of last year, up from 80% in the same period of 2019, and they’re on track to be an even bigger presence in the future.