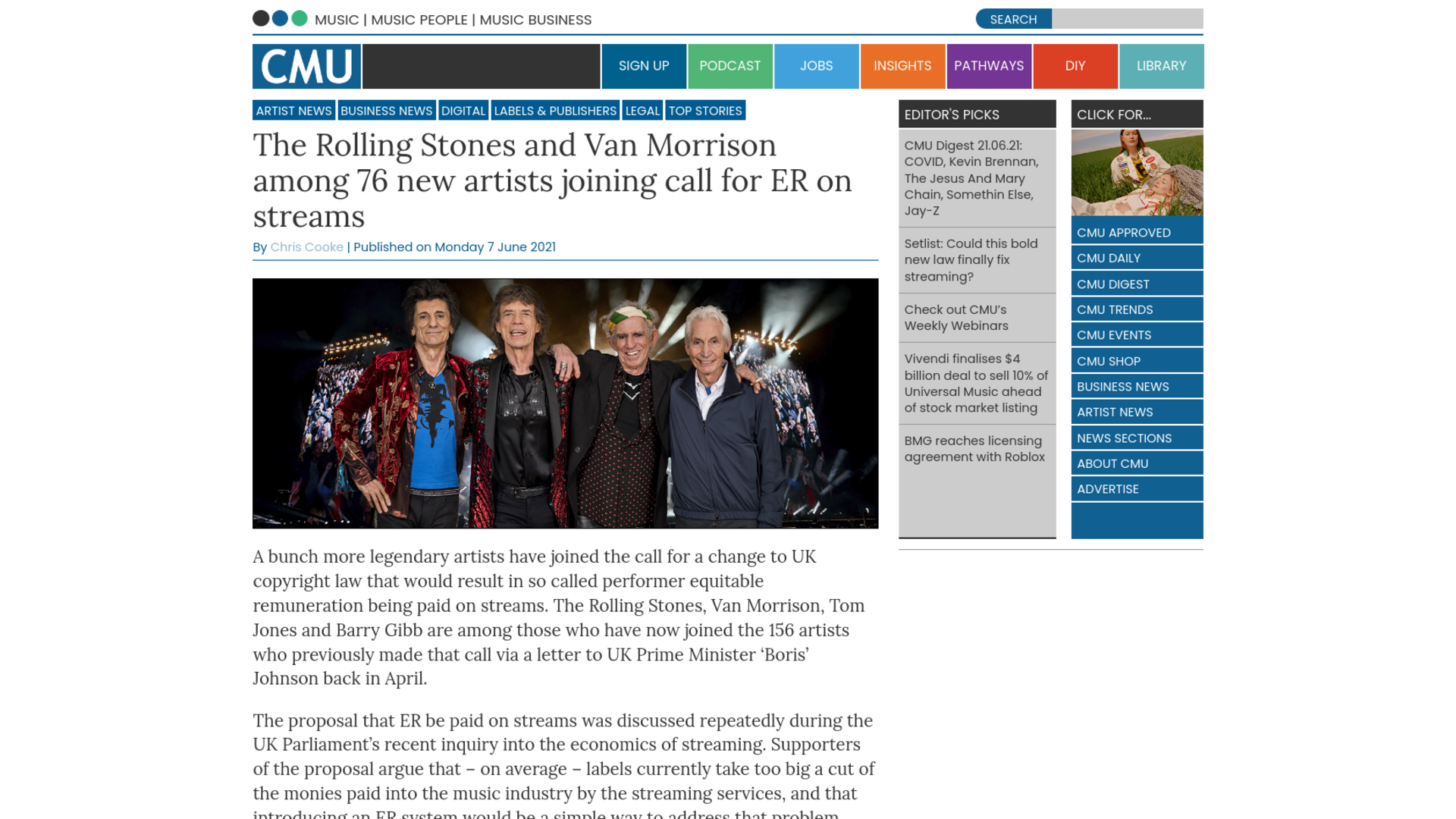 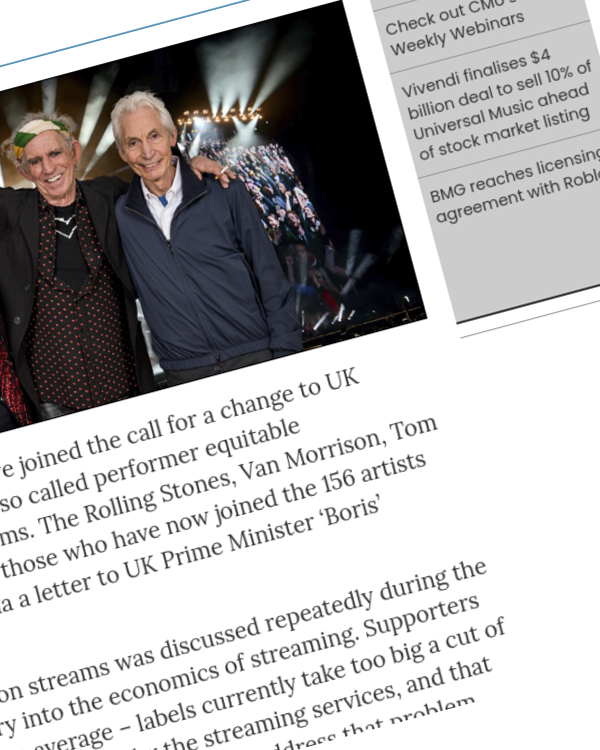 A bunch more legendary artists have joined the call for a change to UK copyright law that would result in so called performer equitable remuneration being paid on streams. The Rolling Stones, Van Morrison, Tom Jones and Barry Gibb are among those who have now joined the 156 artists who previously made that call via a letter to UK Prime Minister ‘Boris’ Johnson back in April.