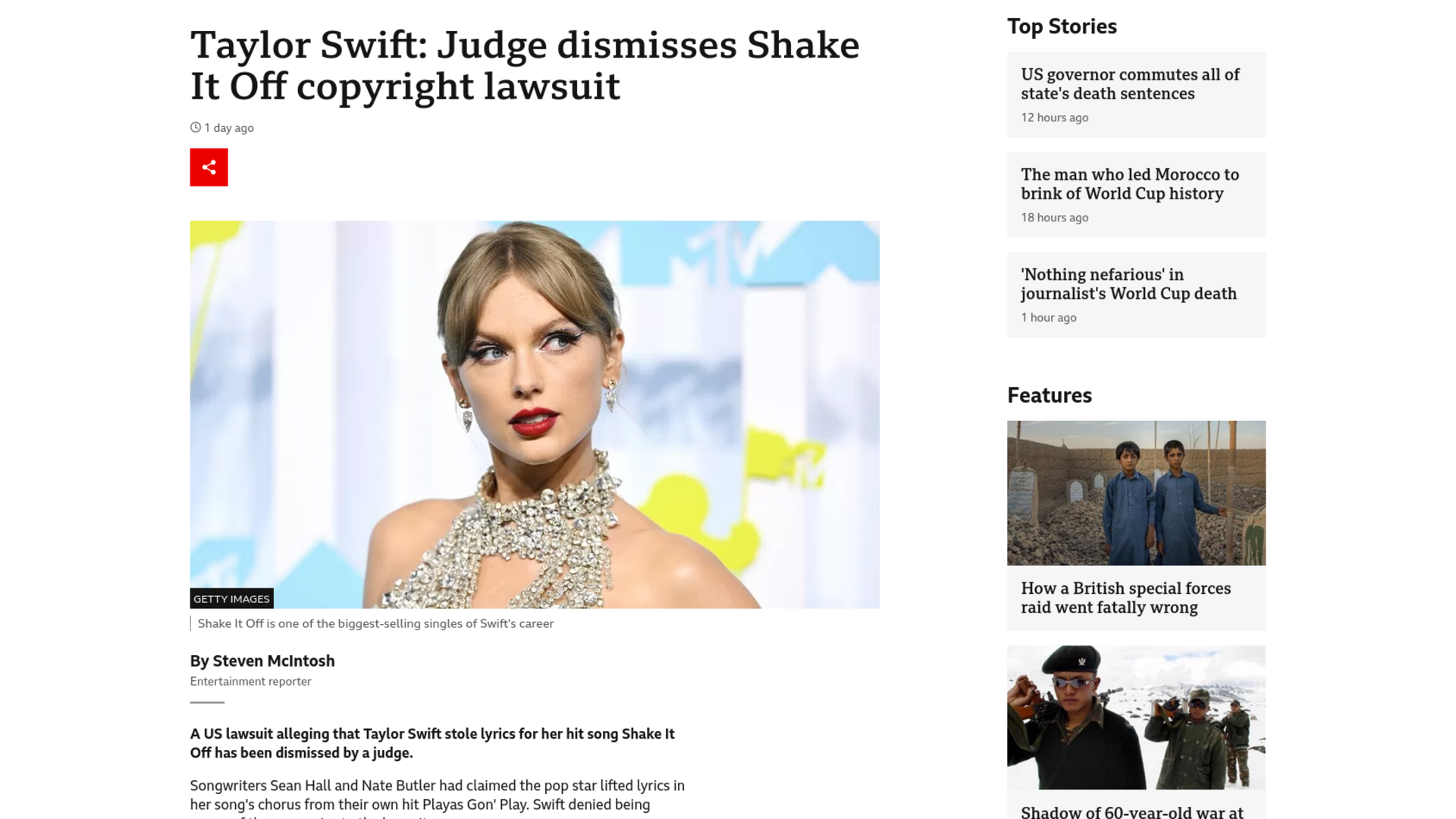 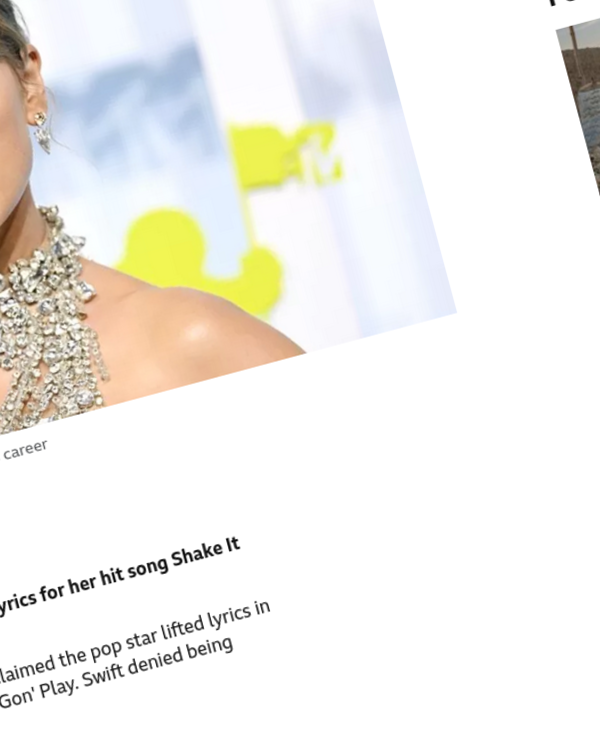 A US lawsuit alleging that Taylor Swift stole lyrics for her hit song Shake It Off has been dismissed by a judge.

Songwriters Sean Hall and Nate Butler had claimed the pop star lifted lyrics in her song’s chorus from their own hit Playas Gon’ Play. Swift denied being aware of the song prior to the lawsuit.