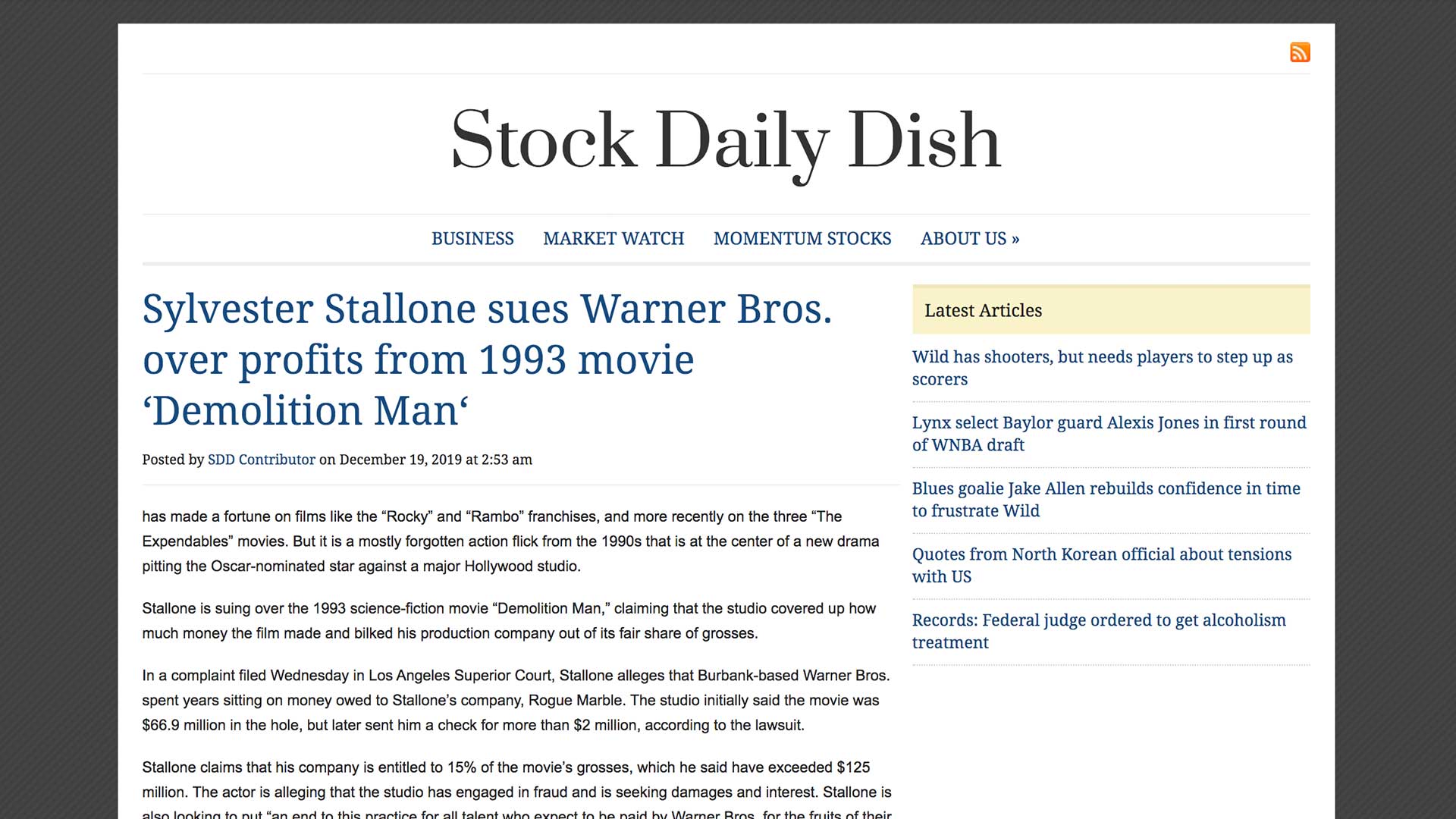 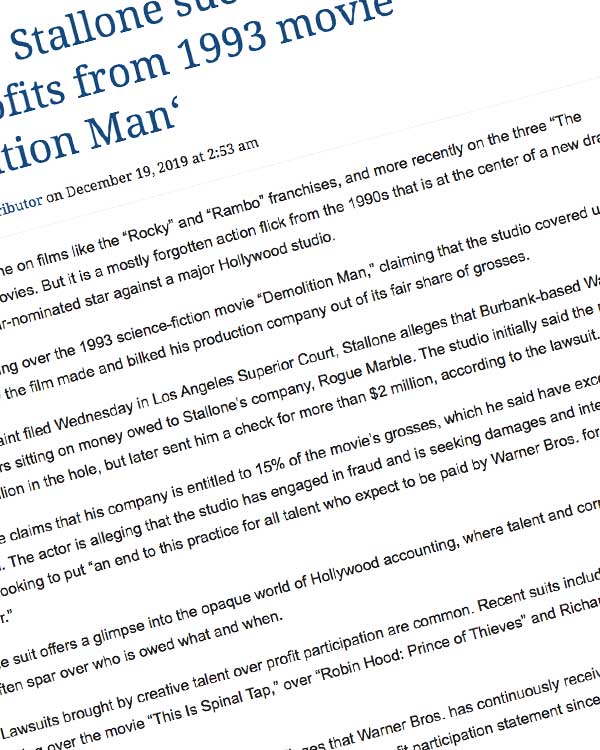 He has made a fortune on films like the “Rocky” and “Rambo” franchises, and more recently on the three “The Expendables” movies. But it is a mostly forgotten action flick from the 1990s that is at the center of a new drama pitting the Oscar-nominated star against a major Hollywood studio.