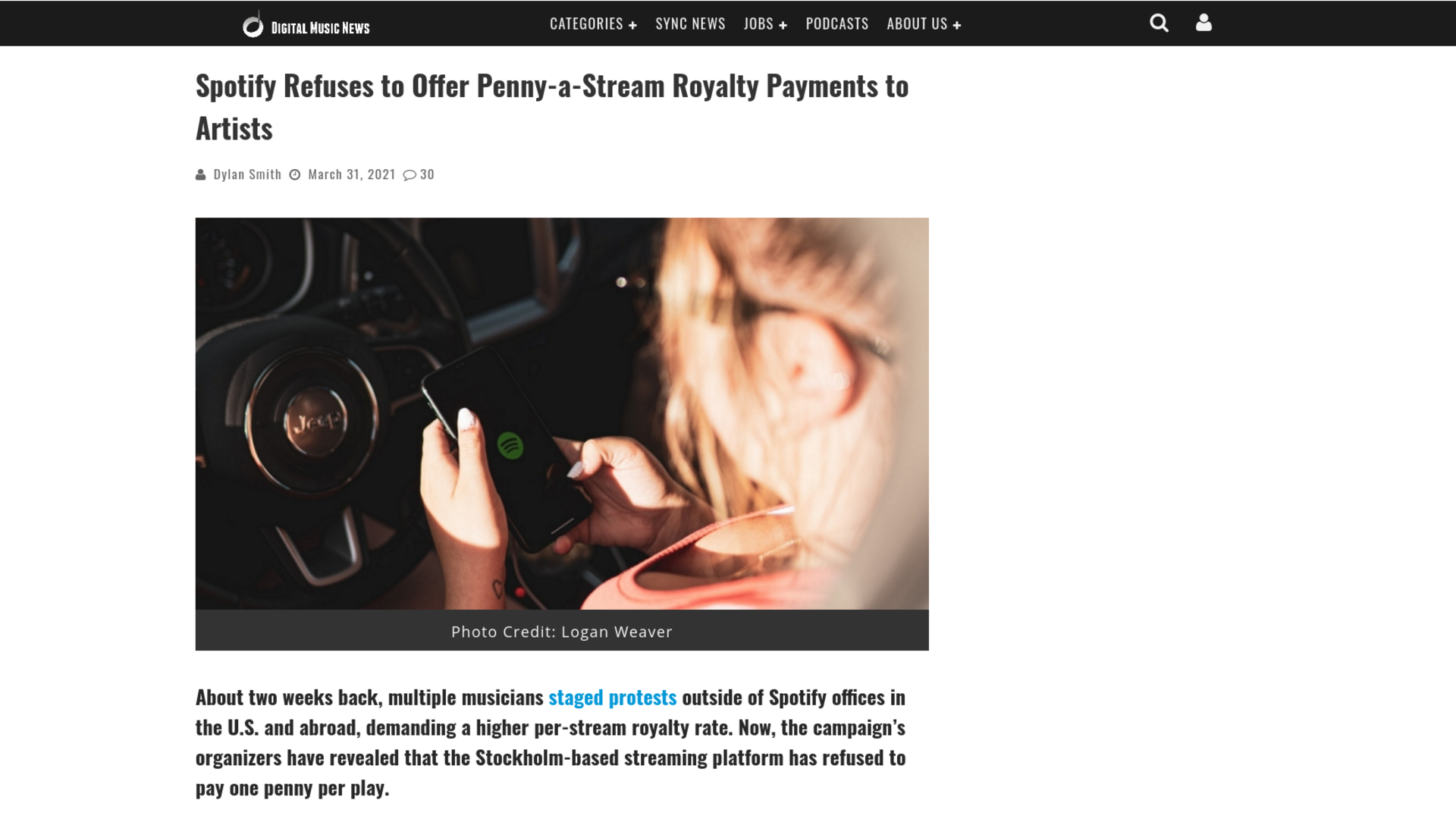 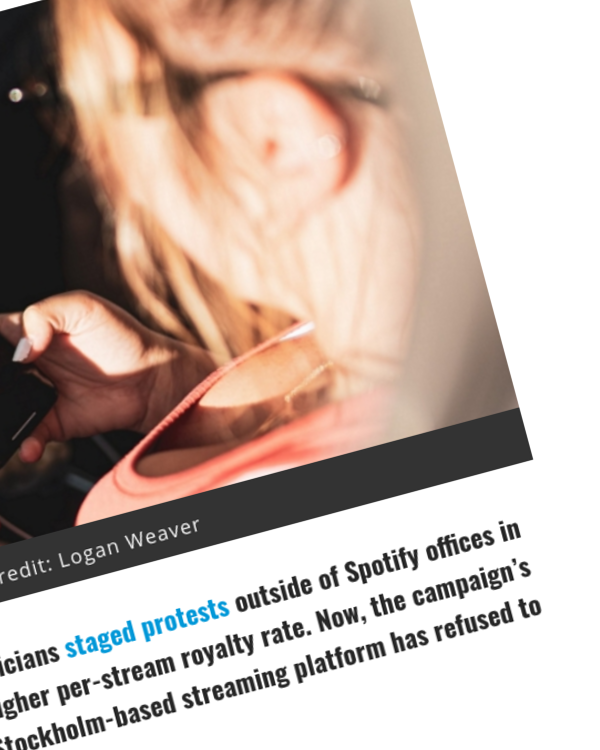 About two weeks back, multiple musicians staged protests outside of Spotify offices in the U.S. and abroad, demanding a higher per-stream royalty rate. Now, the campaign’s organizers have revealed that the Stockholm-based streaming platform has refused to pay one penny per play.

To recap, the Union of Musicians and Allied Workers (UMAW) organized the protests, which included a demonstration outside of Spotify’s World Trade Center offices. A number of individuals turned up at the latter event, photos and footage show, with the vast majority of the participants appearing to have either played an instrument or carried a sign.