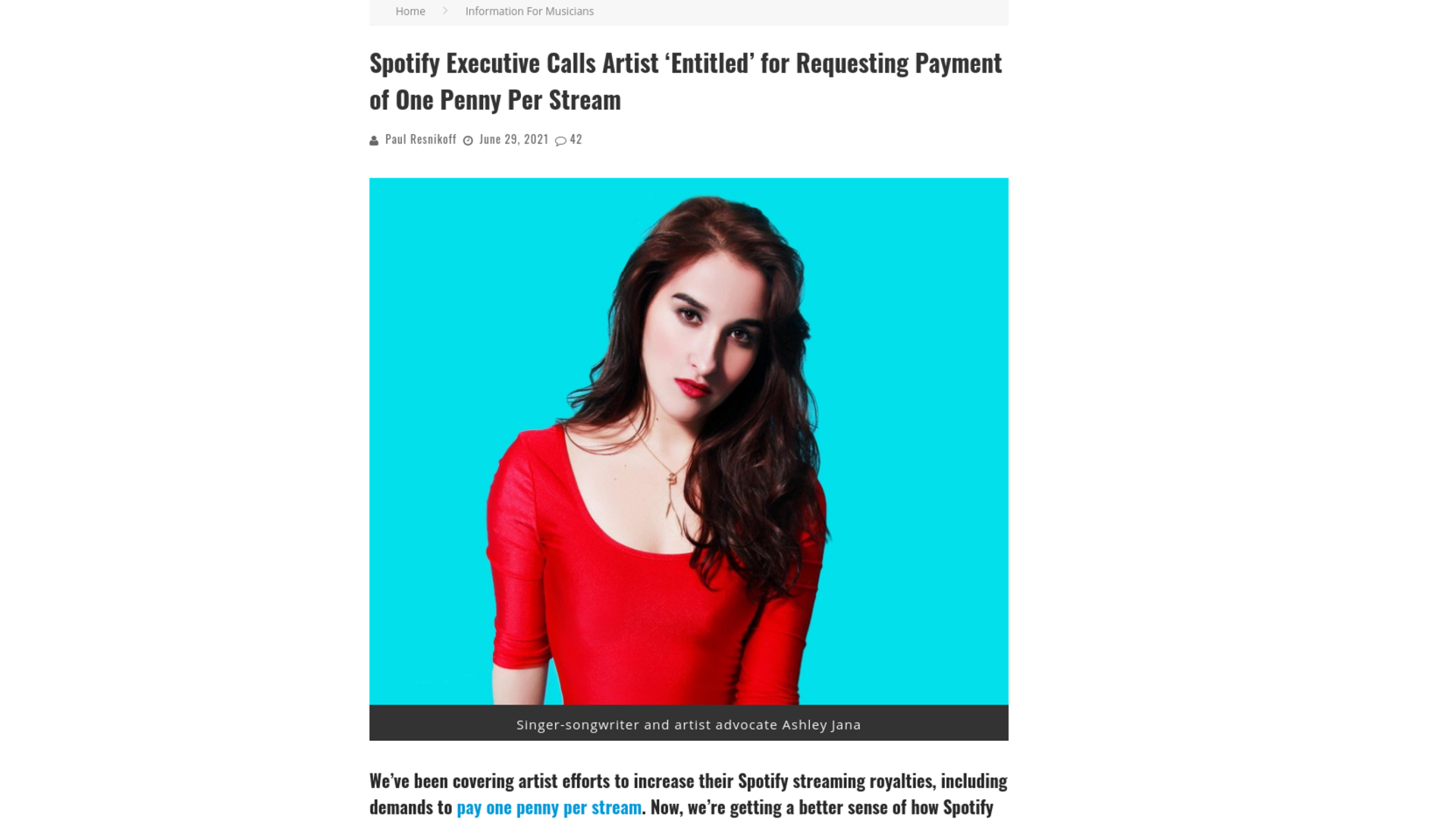 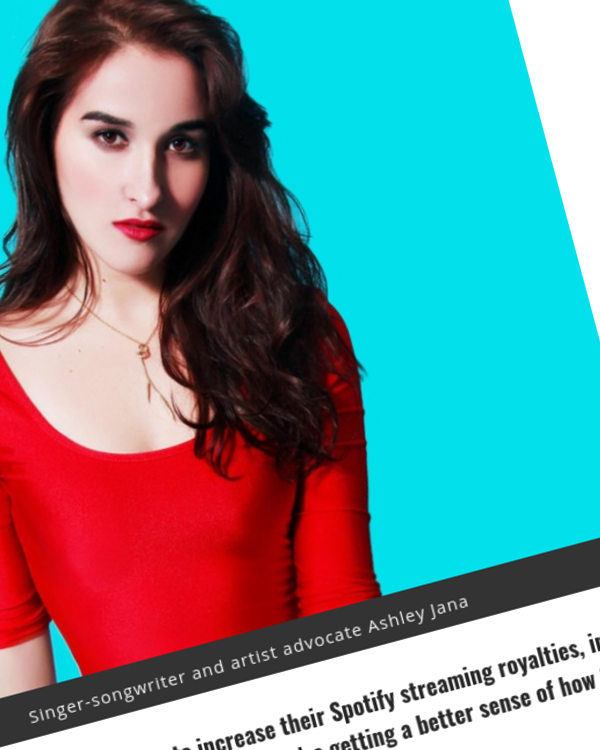 We’ve been covering artist efforts to increase their Spotify streaming royalties, including demands to pay one penny per stream. Now, we’re getting a better sense of how Spotify really feels about this.

Ashley Jana is like a lot of independent artists struggling to make money from streaming platforms. She has a few million streams on Spotify, but draws very little from those plays thanks to an extremely low per-stream royalty rate. While Apple Music recently upped its per-stream royalty payout to one penny per stream, Spotify’s per-stream rate remains a fraction of that. At last count, Spotify’s per-stream payouts were hovering between $0.003 and $0.005, which is — at best — one-half of what Apple pays, but usually far lower according to our data.