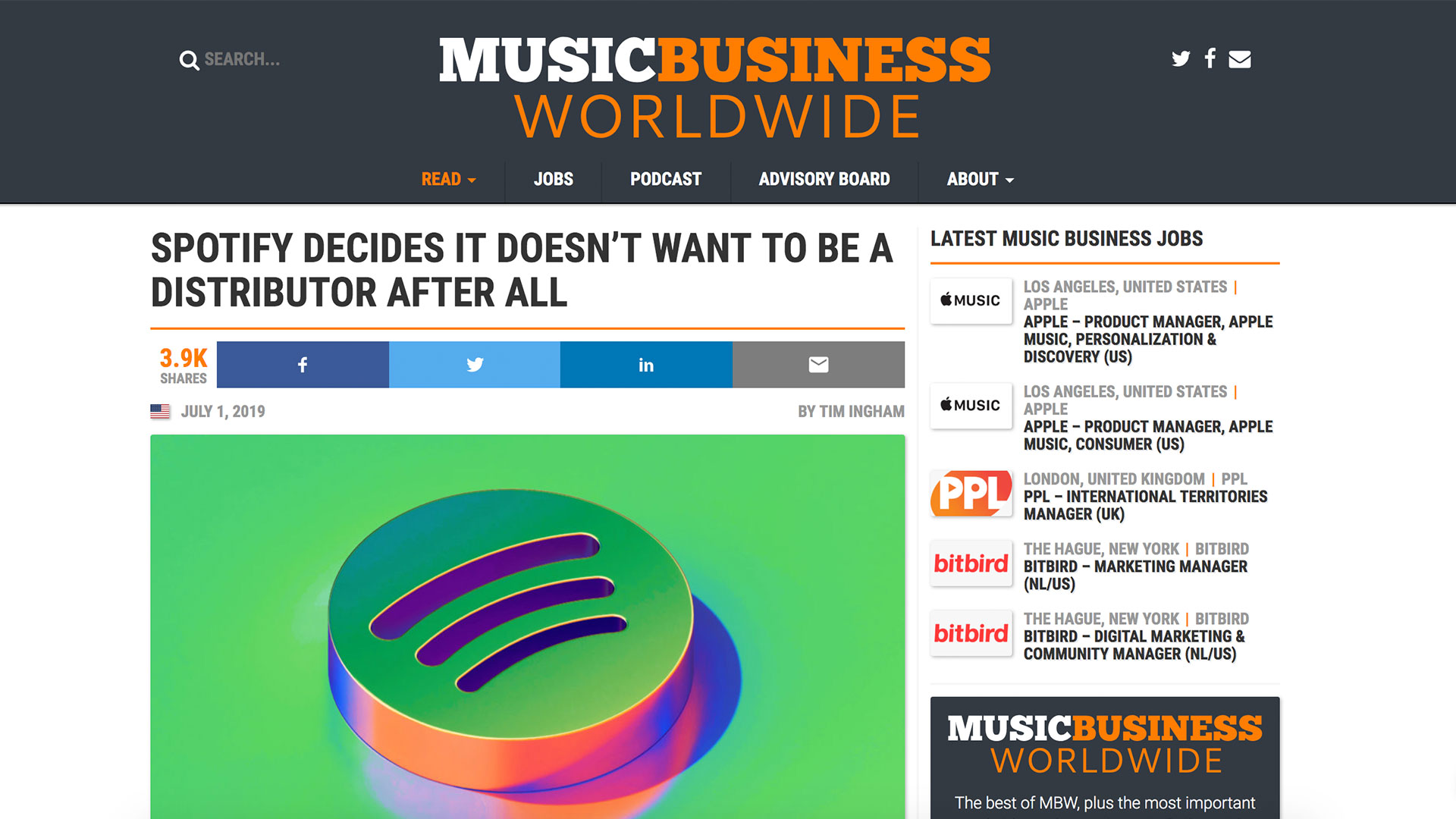 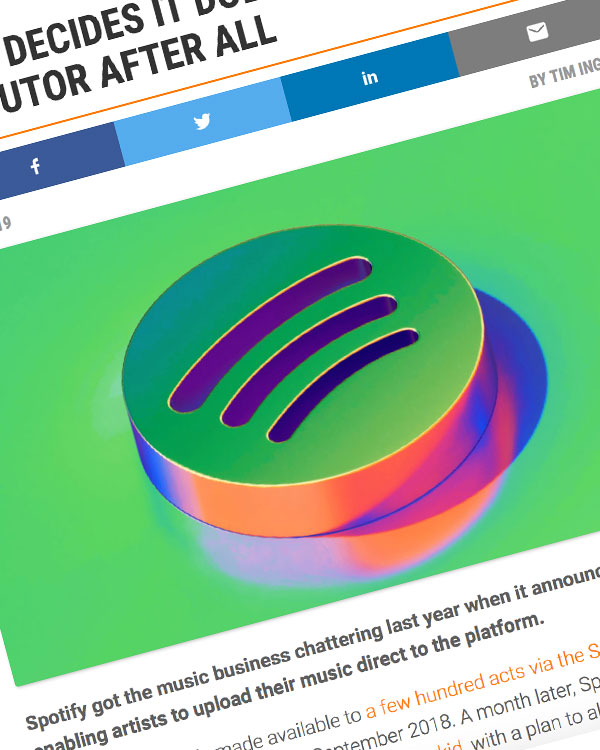 Spotify got the music business chattering last year when it announced that it was enabling artists to upload their music direct to the platform.

This feature, initially made available to a few hundred acts via the Spotify for Artists dashboard, launched in Beta in September 2018. A month later, Spotify doubled down, revealing that it had acquired a stake in Distrokid, with a plan to allow artists to not only directly upload to Spotify via the platform, but an array of rival services like Apple Music and TIDAL, too.