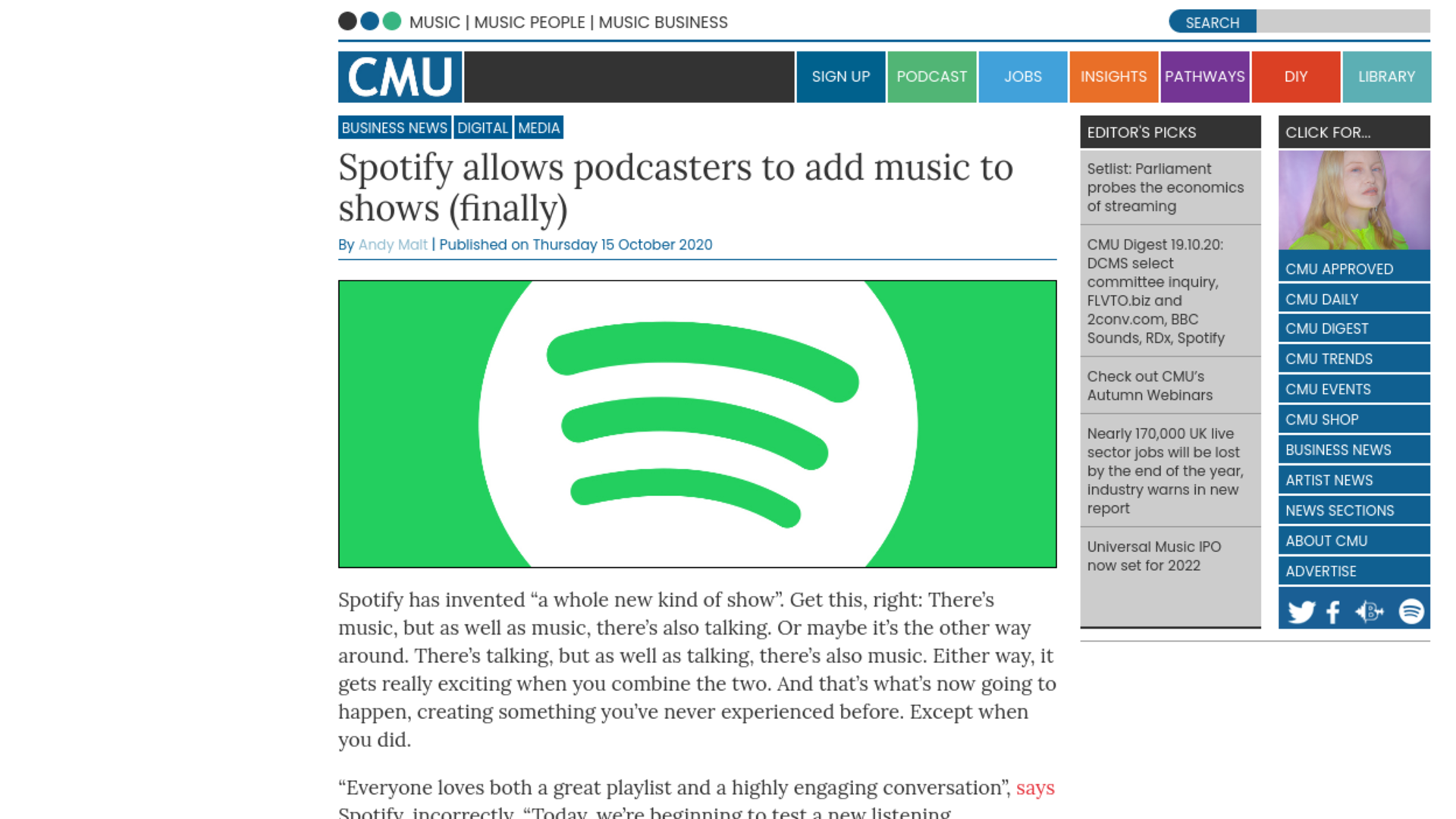 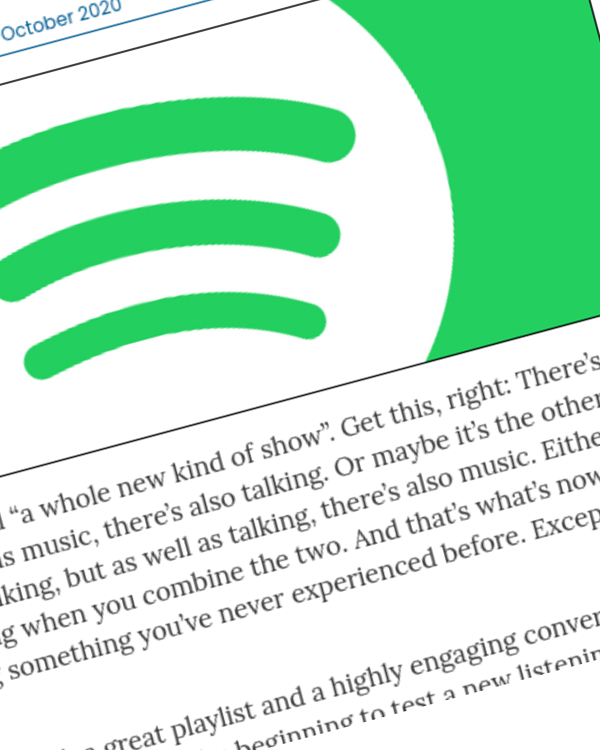 Spotify has invented “a whole new kind of show”. Get this, right: There’s music, but as well as music, there’s also talking. Or maybe it’s the other way around. There’s talking, but as well as talking, there’s also music. Either way, it gets really exciting when you combine the two. And that’s what’s now going to happen, creating something you’ve never experienced before. Except when you did.