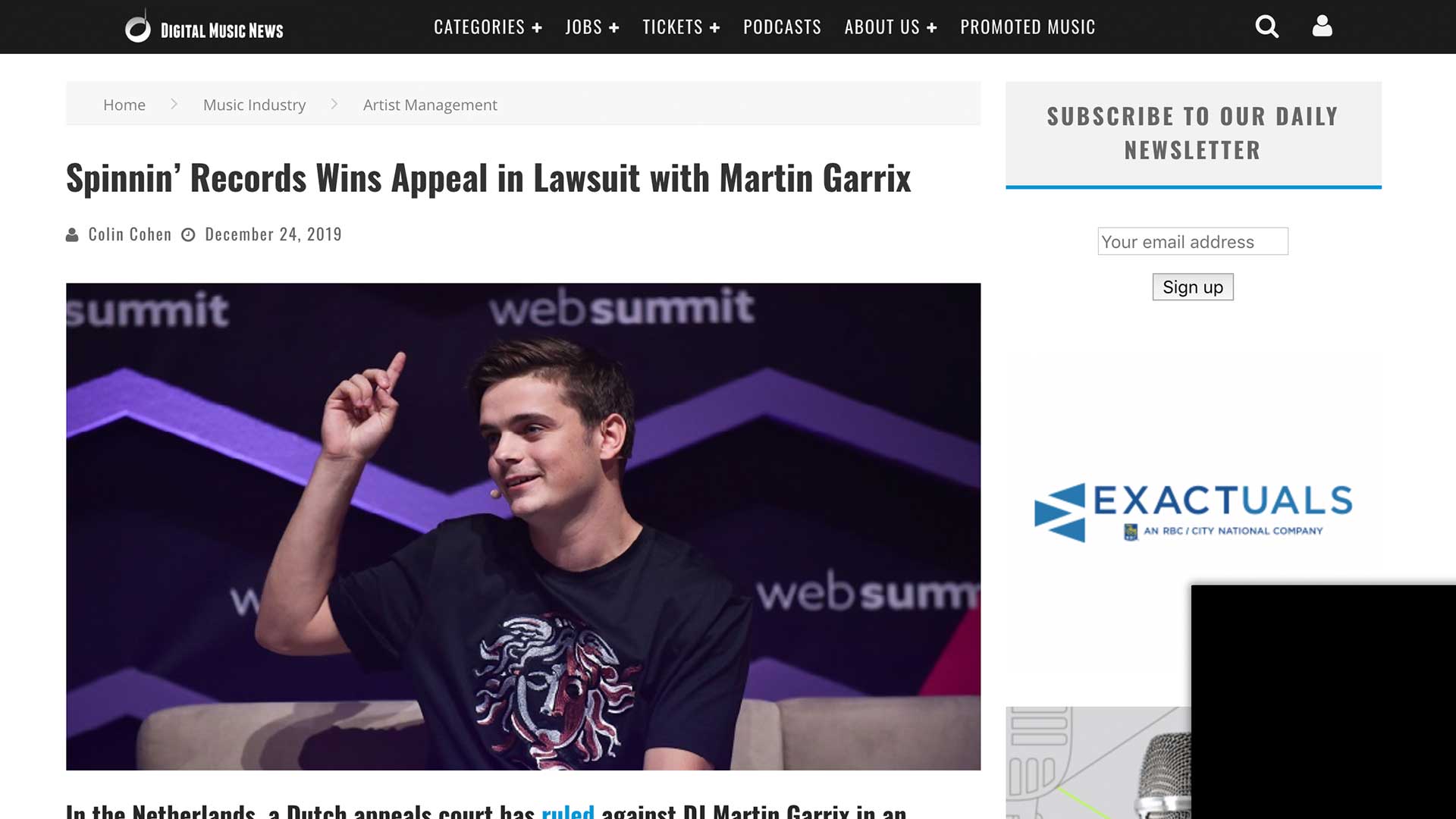 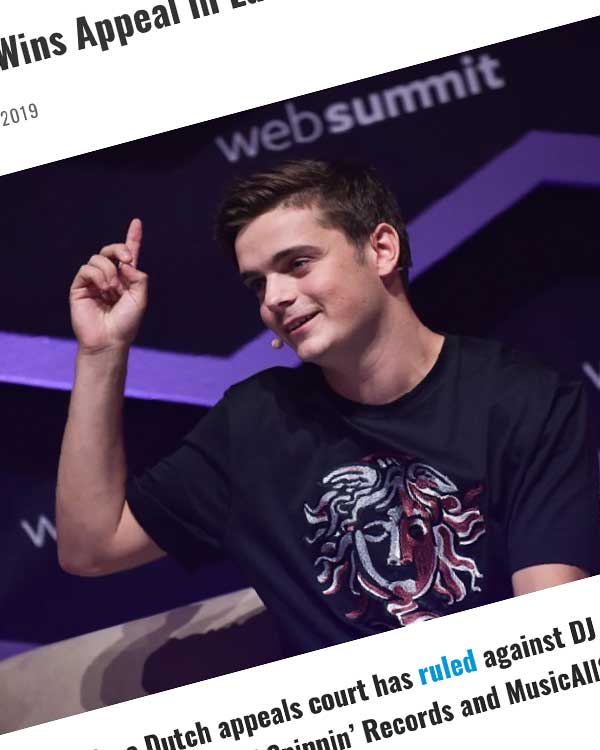 In the Netherlands, a Dutch appeals court has ruled against DJ Martin Garrix in an appeal filed by his former label Spinnin’ Records and MusicAllStars Management.

In August of 2015, Garrix announced that he was leaving both companies. Soon afterward, he filed a lawsuit against them, alleging that the two had coerced both him and his father into signing a contract that he believed was not in his best interests.