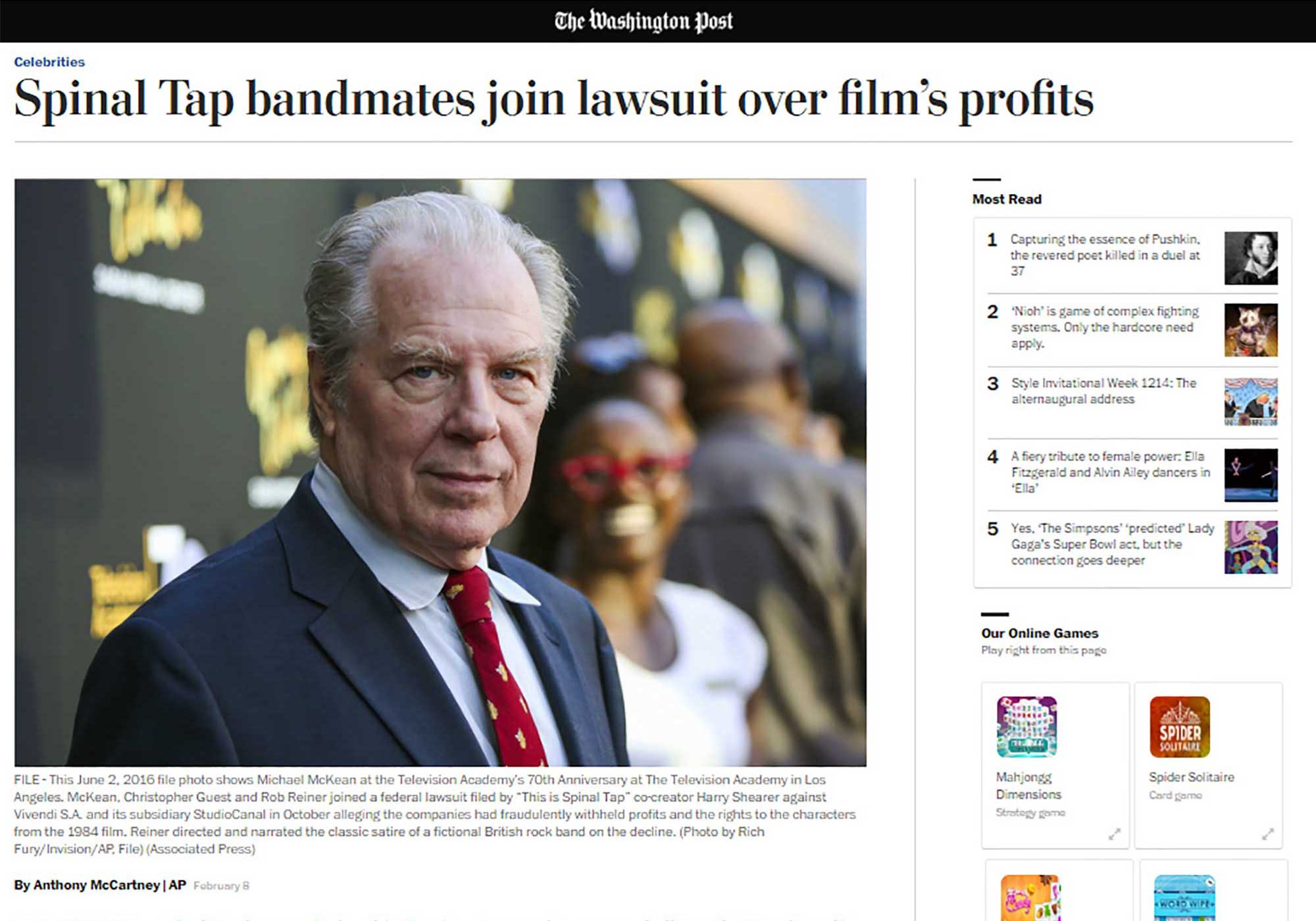 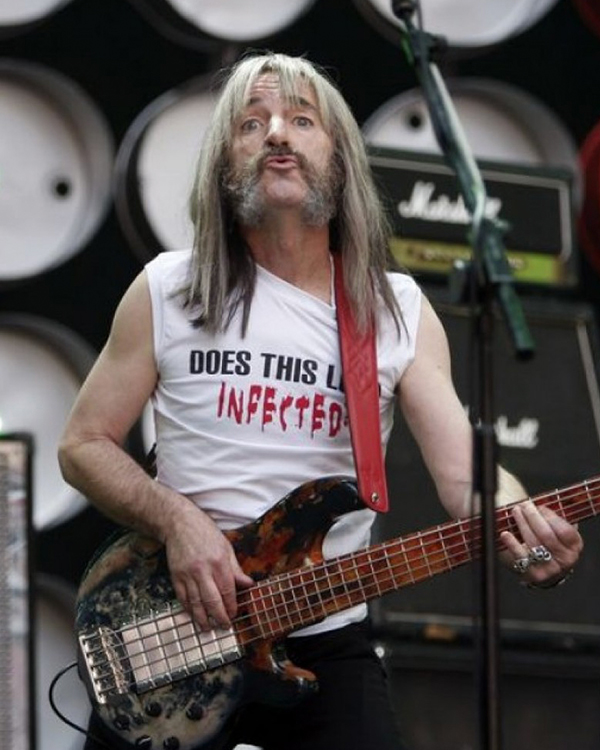 Spinal Tap has reunited — this time in a Los Angeles court to challenge the French studio Vivendi S.A. for millions in profits from the classic mockumentary “This Is Spinal Tap.”

Shearer, who also voices numerous characters on “The Simpsons,” sued Vivendi S.A. and its subsidiary StudioCanal in October alleging the companies fraudulently withheld profits and the rights to the characters from the 1984 film. Reiner directed and narrated the classic satire of a fictional British rock band on the decline, whose hits included the songs “Sex Farm” and “Stonehenge.”

Guest and McKean have teamed up on other satire films, including “Best in Show” and “A Mighty Wind,” in which they were joined by Shearer.

“What makes this case so egregious is the prolonged and deliberate concealment of profit and the purposeful manipulation of revenue allocation between various Vivendi subsidiaries – to the detriment of the creative talent behind the band and film,” Reiner wrote in a statement. “Such anti-competitive practices need to be exposed.

“I am hoping this lawsuit goes to 11,” Reiner wrote, borrowing a line from the film.

“This is Spinal Tap was the result of four very stubborn guys working very hard to create something new under the sun,” McKean wrote in a statement. “The movie’s influence on the last three decades of film comedy is something we are very proud of. But the buck always stopped somewhere short of Rob, Harry, Chris and myself. It’s time for a reckoning. It’s only right.”

The lawsuit also seeks certain rights to the film, including trademarks on the band’s name and the name of Shearer’s character, Derek Smalls.

His lawsuit initially sought $125 million in damages, but the amended complaint seeks $400 million. A jury would determine the amount of any judgment.

The four co-creators have been told that their share of Spinal Tap profits were $81 in merchandise profits between 1984 and 2013, and $98 in music royalties for the same years, the lawsuit states. It contends Vivendi hasn’t produced detailed figures since 2013.

The film earned $4.5 million in theaters when it was released, and its re-release earned $193,000, according to figures from box office analysis firm comScore.

Those figures do not take into account money the film earned on the home video market, which would include VHS tapes, DVDs, Blu-Ray and its airings on television and cable.