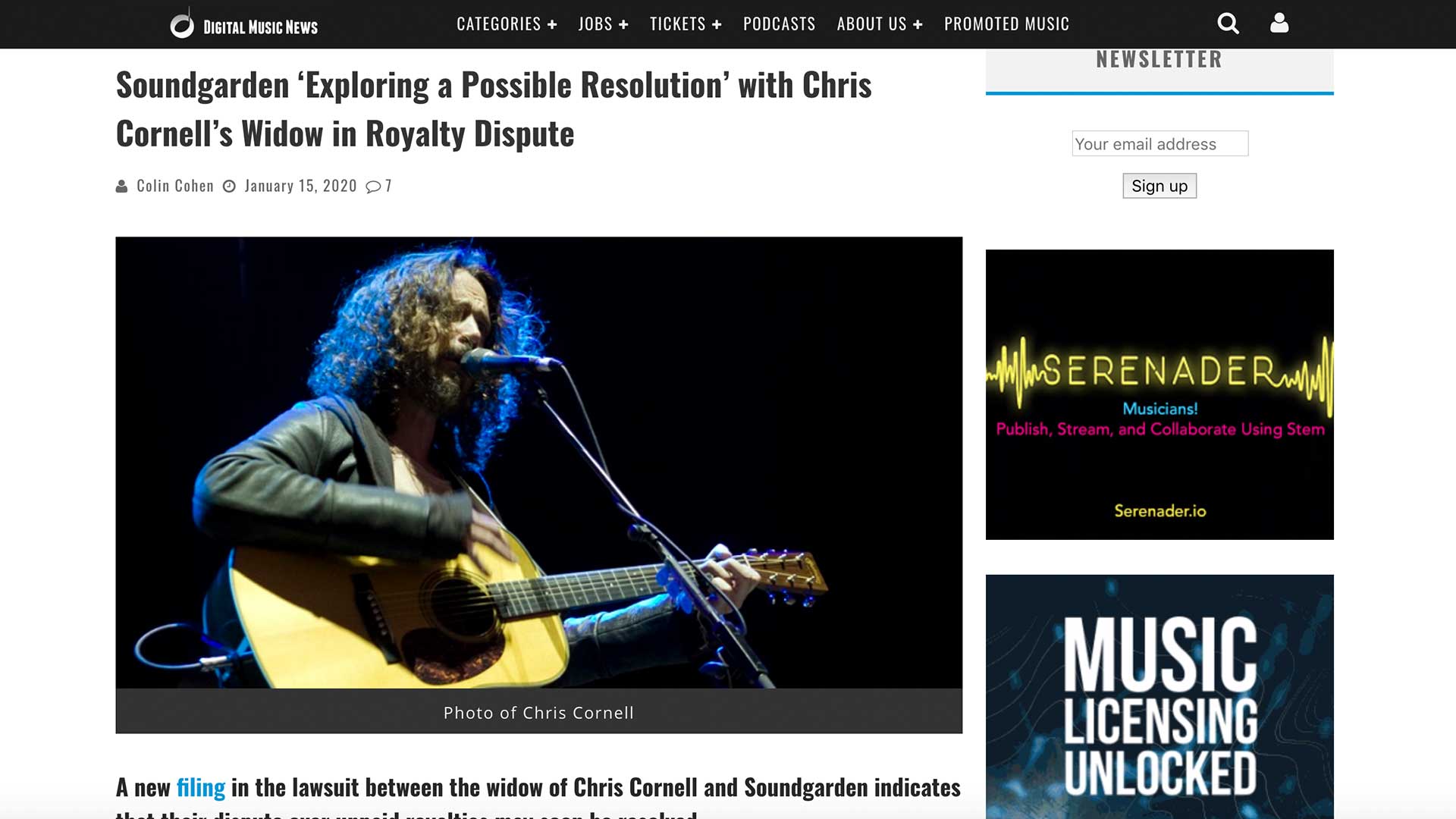 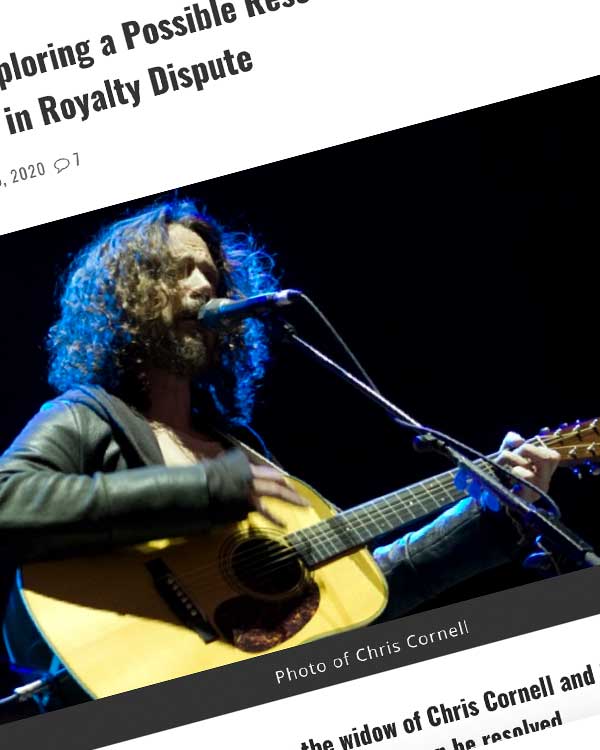 A new filing in the lawsuit between the widow of Chris Cornell and Soundgarden indicates that their dispute over unpaid royalties may soon be resolved.

Last month, Vicky Cornell filed the suit in the Miami Division of the U.S. District Court’s Southern District of Florida. She is accusing the surviving members of Soundgarden — Kim Thayil, Matt Cameron and Hunter Benedict Shepherd — and business manager Rit Venerus of not paying her royalties. The defendants are accused of attempting to force her to hand over unreleased recordings Cornell made before he committed suicide in May of 2017.