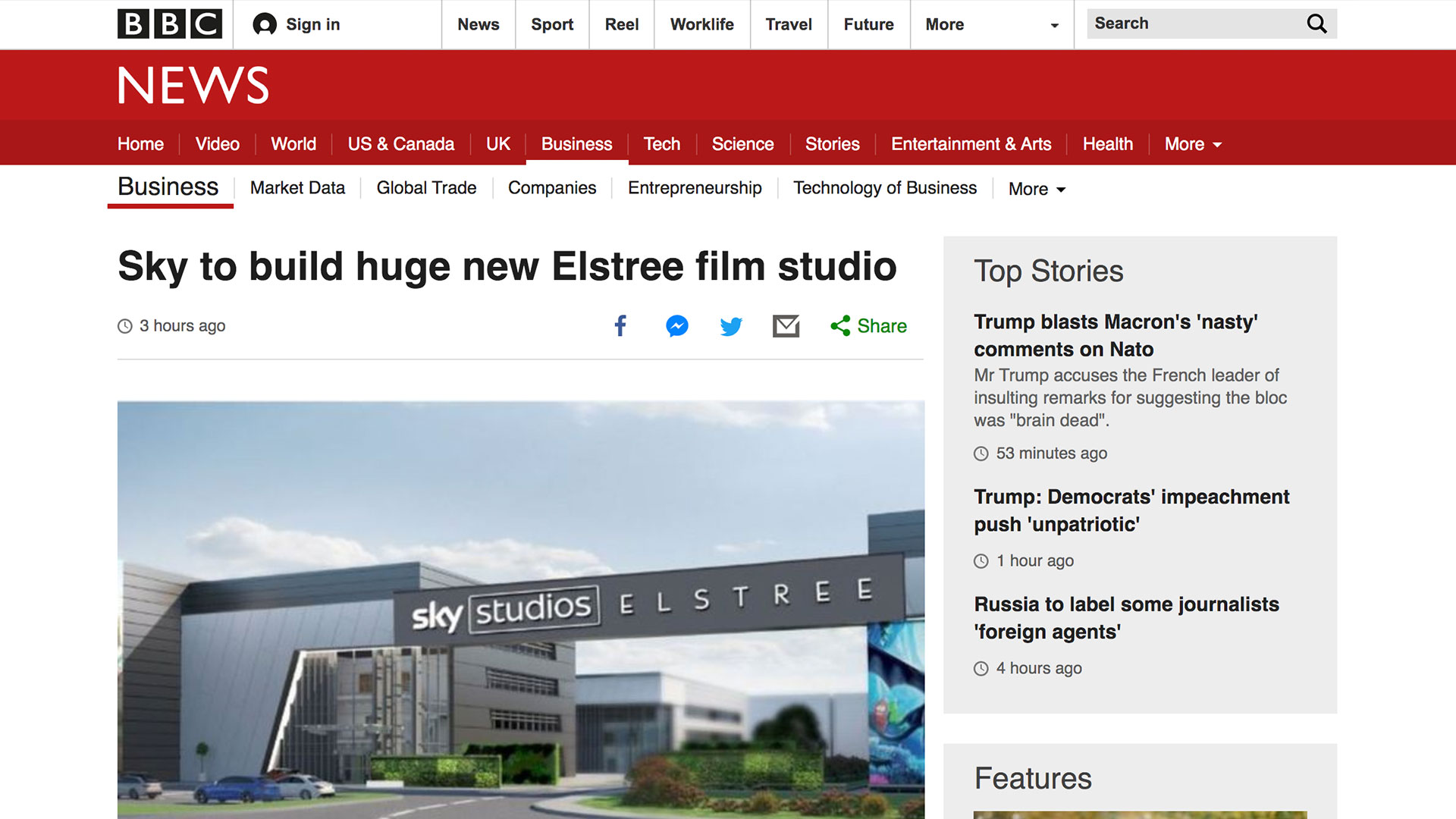 The 32-acre development will be used by Sky, other Comcast-owned firms including NBC Universal, and be open to third parties.

Sky predicted up to £3bn would be invested in new production at the site over the next five years.