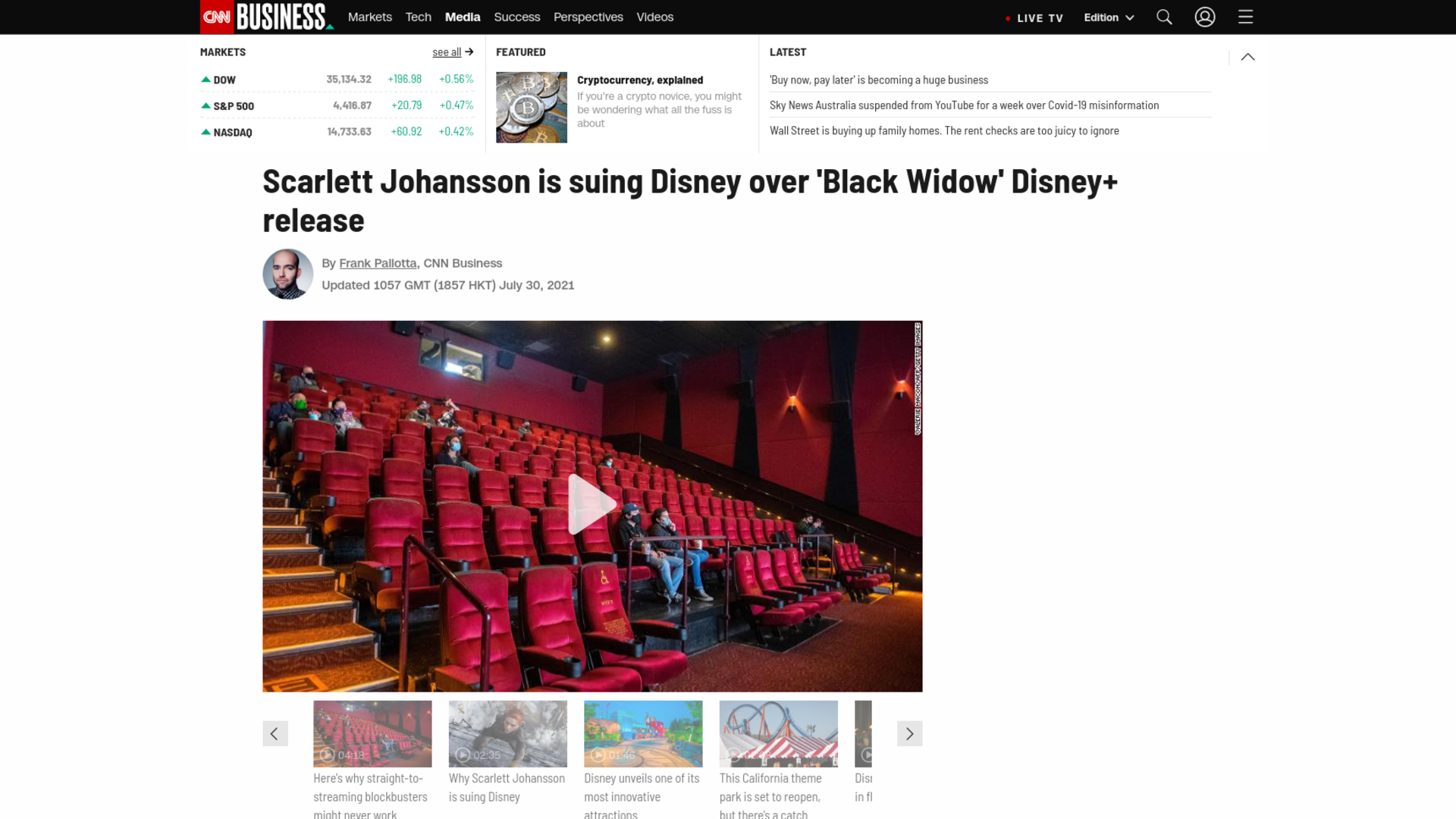 The film was released simultaneously on the service and in theaters, which the suit claims broke an agreement between the star and the company. The suit alleges that Johansson agreed that her salary for the film would be based, in large part, on the film’s box office haul.