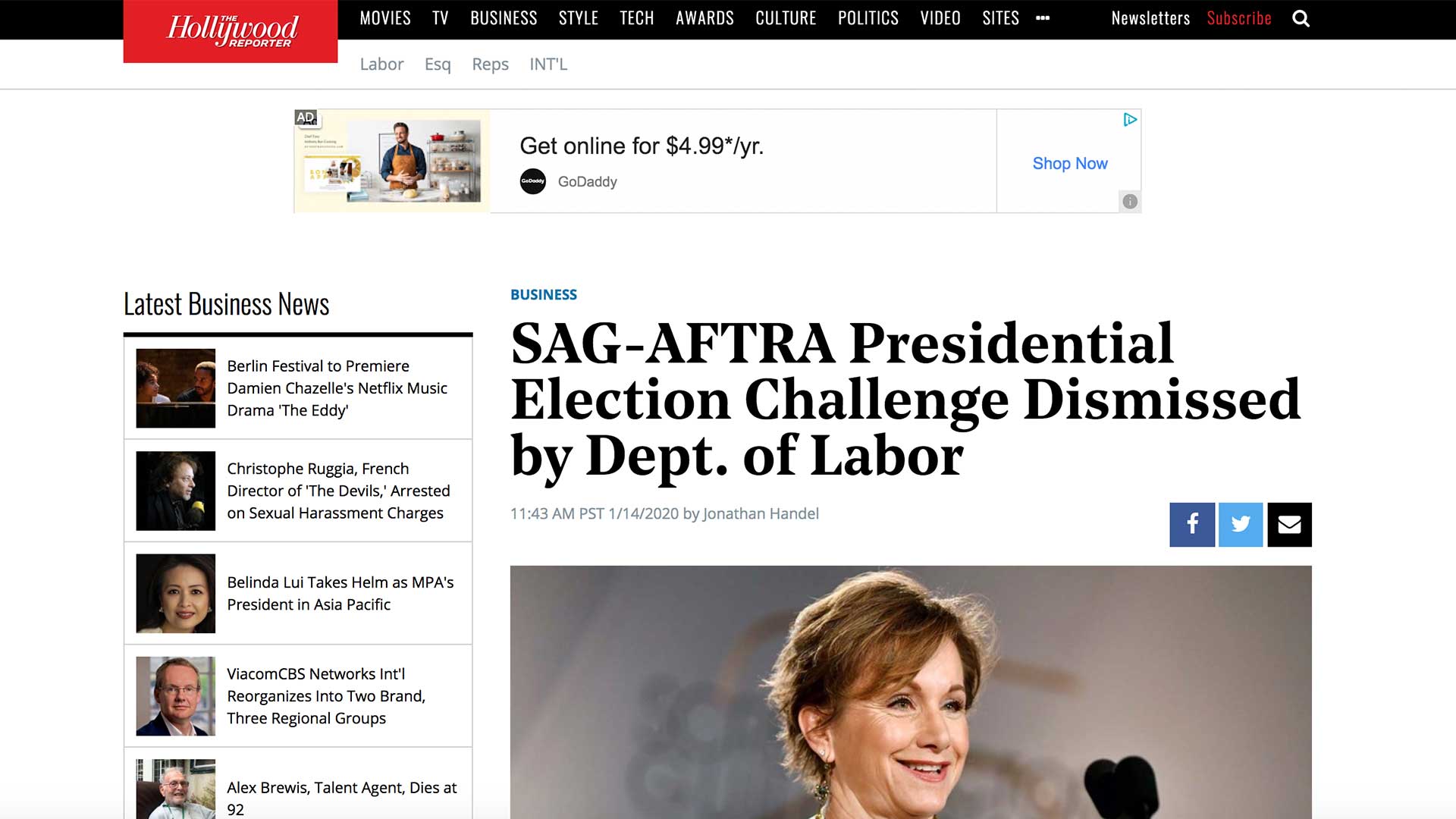 The U.S. Department of Labor on Tuesday dismissed challenges that were filed to Gabrielle Carteris’ election last August as SAG-AFTRA president, multiple sources stated, capping a bitterly fought campaign. At least some of the challenges focused on the fact that Carteris, who ran on the Unite for Strength slate, played a fictionalized version of herself on the now-canceled BH90210. Complainants contended that the role constituted an impermissible employer contribution by Fox to Carteris’ campaign, but the Labor Department apparently found no merit in that theory.