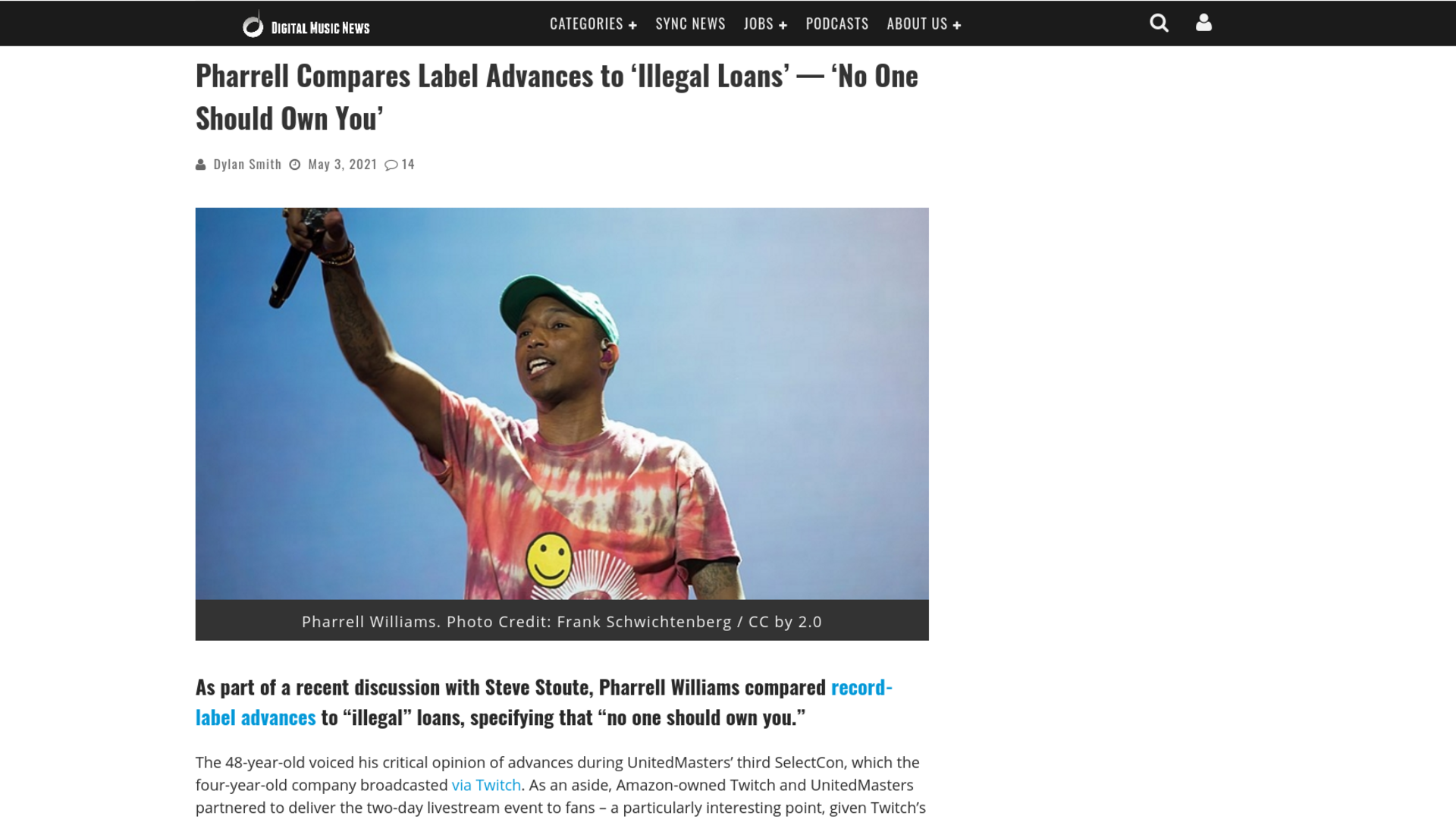 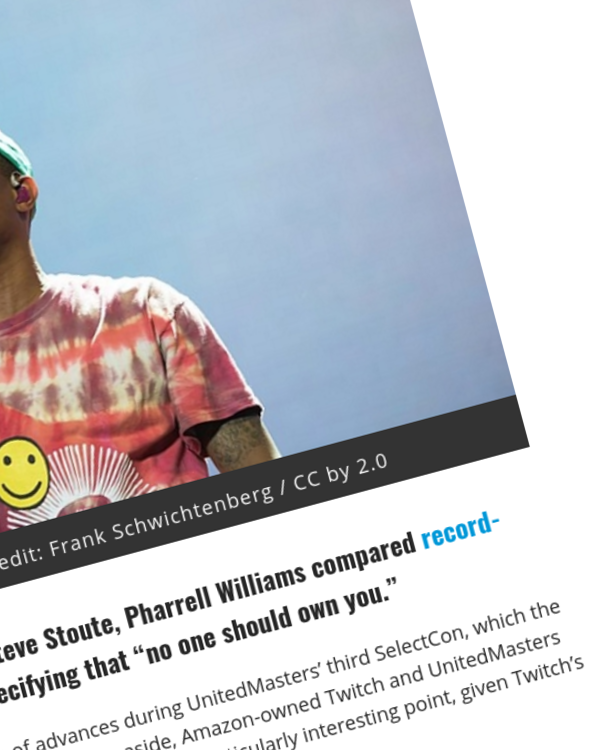 As part of a recent discussion with Steve Stoute, Pharrell Williams compared record-label advances to “illegal” loans, specifying that “no one should own you.”

The 48-year-old voiced his critical opinion of advances during UnitedMasters’ third SelectCon, which the four-year-old company broadcasted via Twitch. As an aside, Amazon-owned Twitch and UnitedMasters partnered to deliver the two-day livestream event to fans – a particularly interesting point, given Twitch’s ongoing licensing dispute with the major labels as well as UnitedMasters’ efforts to position itself as a viable alternative to these entities.