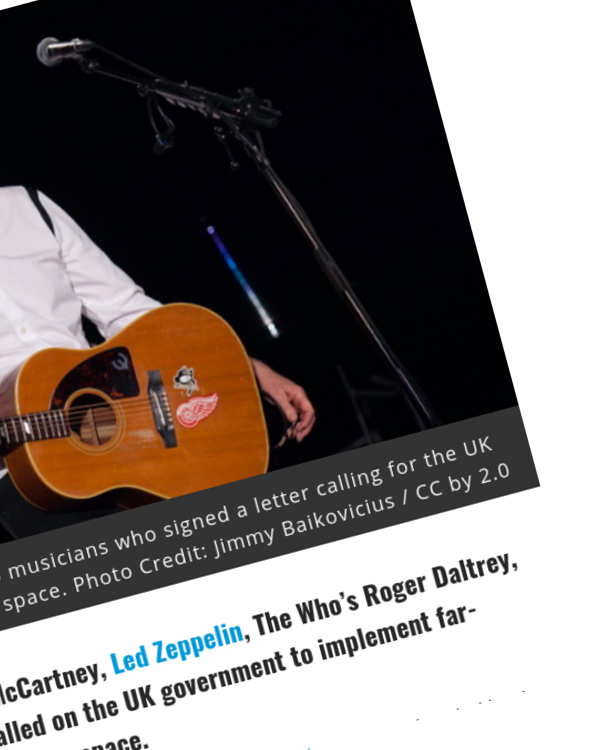 High-profile artists including Paul McCartney, Led Zeppelin, The Who’s Roger Daltrey, and Coldplay’s Chris Martin have called on the UK government to implement far-reaching reforms in the music-streaming space.

The formal demand for streaming reform arrived in the form of an open letter (spearheaded by the Musicians’ Union and the Broken Record campaign) as well as a petition, both of which were addressed to Prime Minister Boris Johnson.