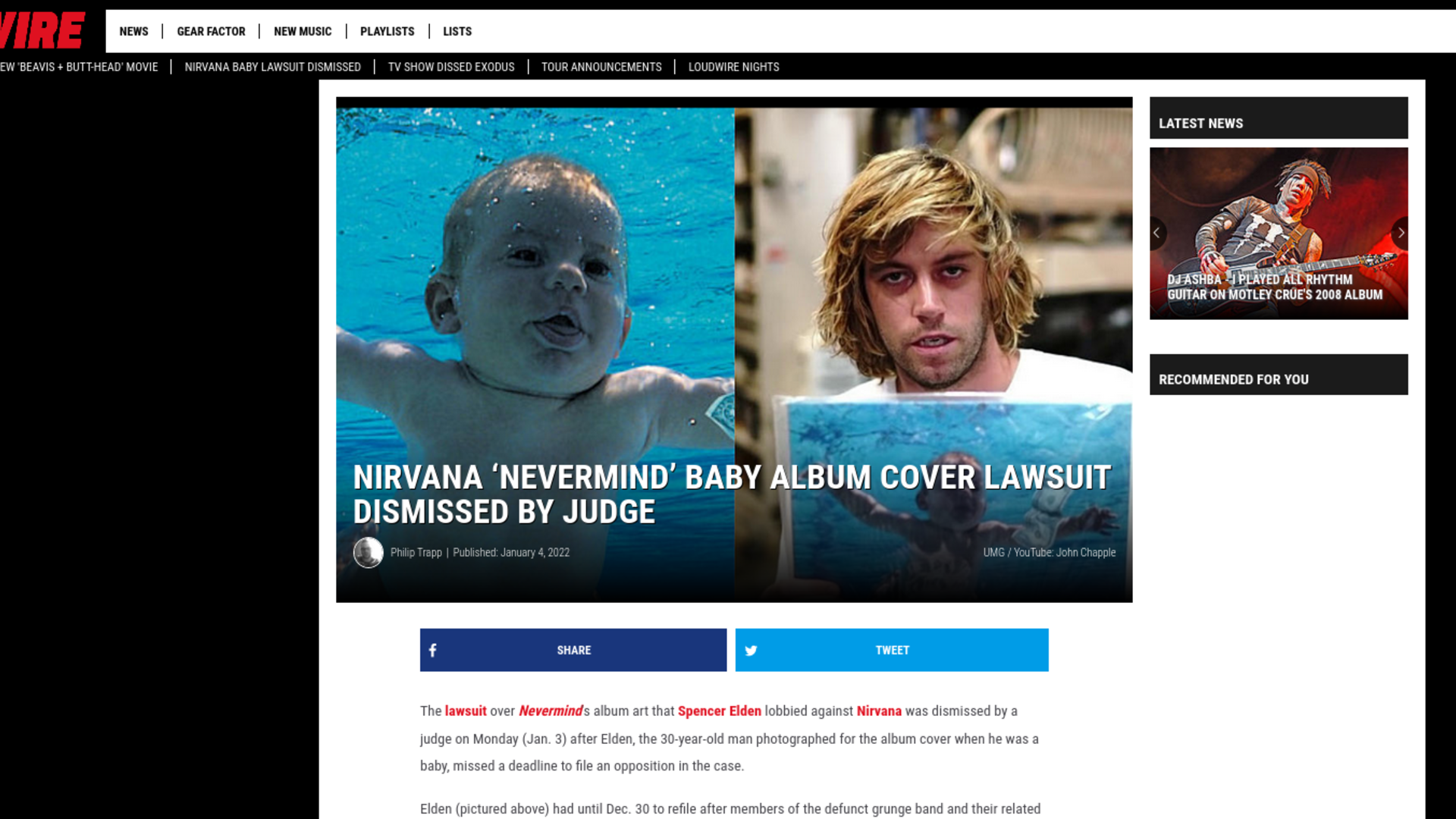 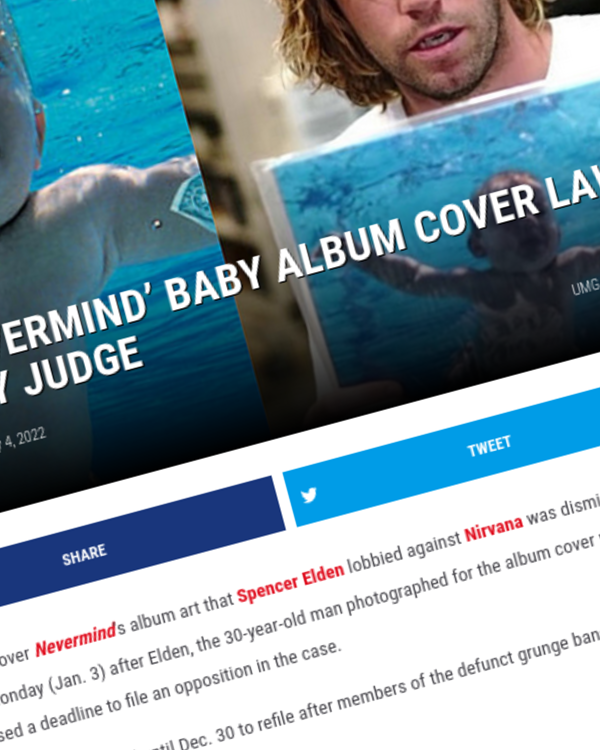 The lawsuit over Nevermind’s album art that Spencer Elden lobbied against Nirvana was dismissed by a judge on Monday (Jan. 3) after Elden, the 30-year-old man photographed for the album cover when he was a baby, missed a deadline to file an opposition in the case.

Elden (pictured above) had until Dec. 30 to refile after members of the defunct grunge band and their related business entities sought a dismissal two weeks ago. They said Elden had spent the last three decades profiting from his celebrity as the “Nirvana Baby” and that the suit was past the statute of limitations.