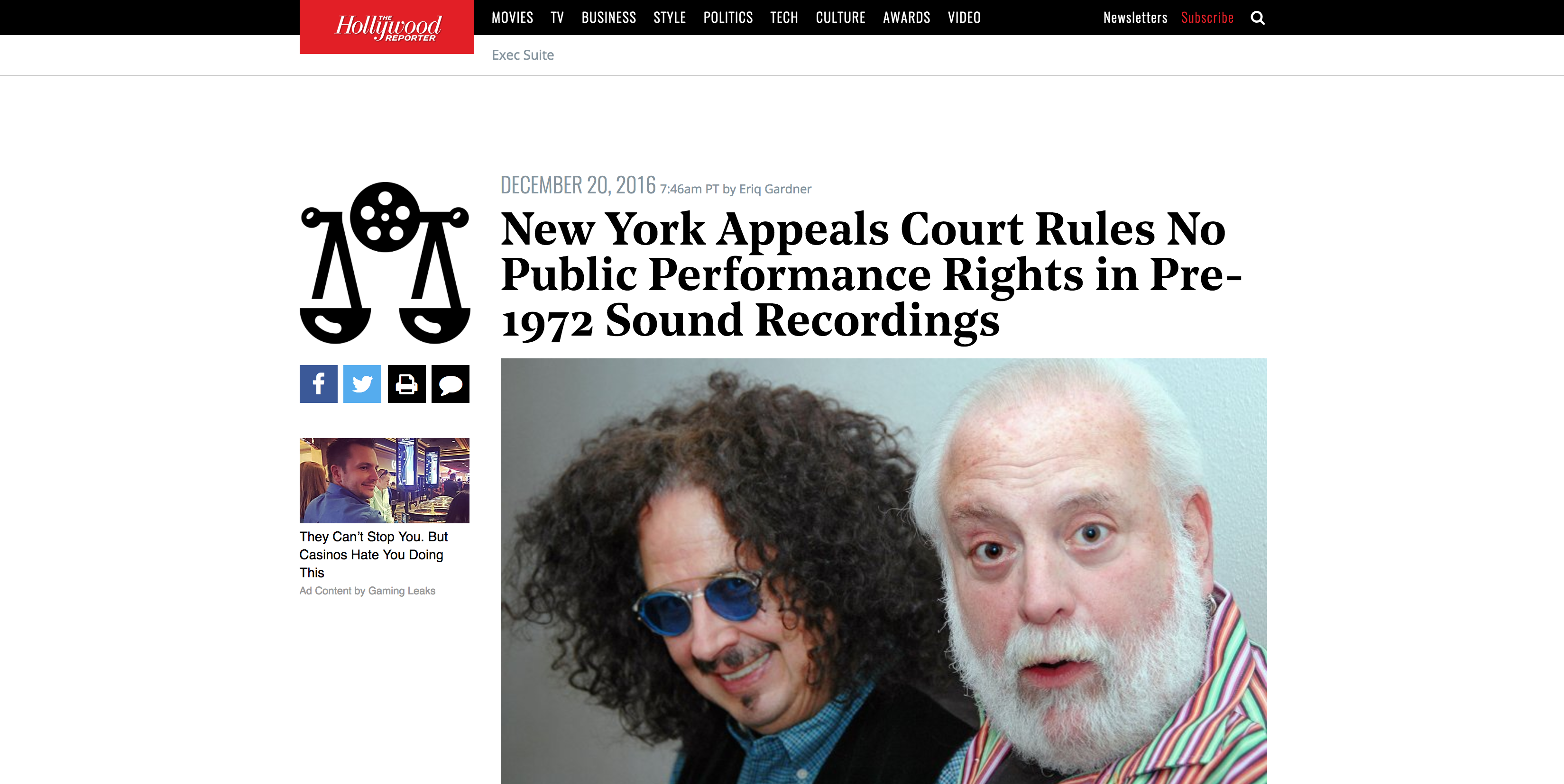 In a big victory for SiriusXM and a major setback for owners of older sound recordings, a lower court’s decision is reversed.
In a decision that could save satellite radio giant SiriusXM at least $5 million and represent a huge relief to terrestrial radio operators and others who broadcast older music, a New York appeals court on Tuesday concluded that New York’s common law doesn’t protect the public performance of pre-1972 sound recordings and therefore broadcasters don’t have to pay.