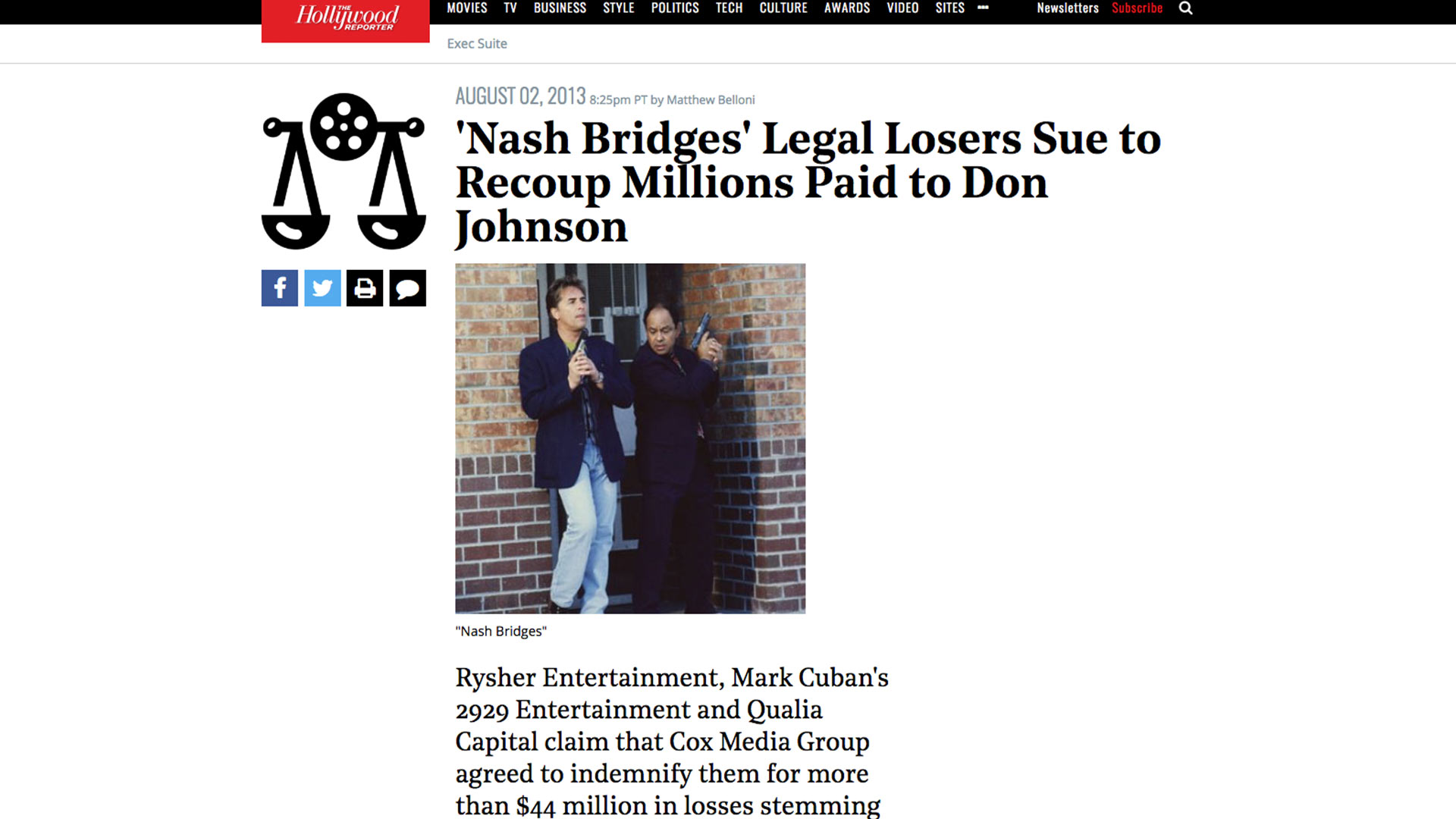 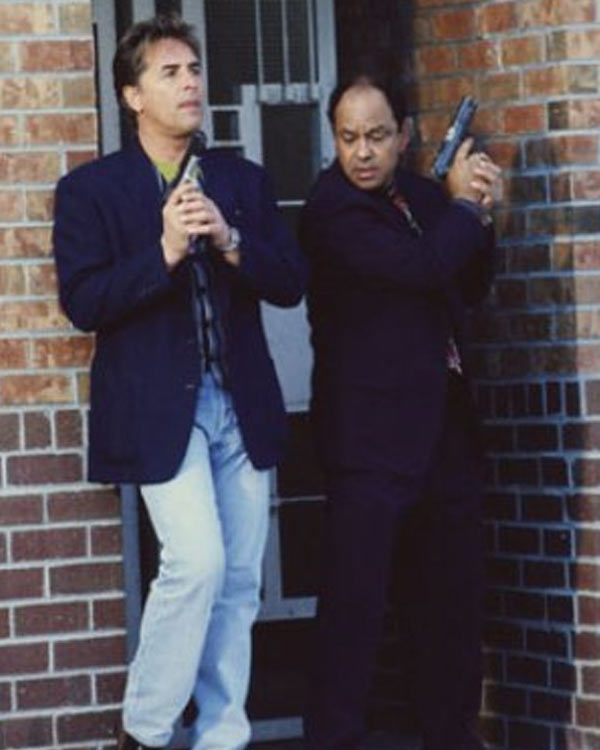 Rysher Entertainment, Mark Cuban’s 2929 Entertainment and Qualia Capital claim that Cox Media Group agreed to indemnify them for more than $44 million in losses stemming from Johnson’s recent legal victory over profits from the hit CBS series.

The long-running legal war over Nash Bridges has entered a new battlefield.Former owners of the CBS hit who lost $15 million in a lawsuit brought by Don Johnson over profits from the series are now attempting to recoup the loss and more from the company that sold them the show in the first place. Rysher Entertainment, Mark Cuban and Todd Wagner‘s 2929 Entertainment and Qualia Capital sued Cox Media Group on Friday in Los Angeles Superior Court for more than $44 million, claiming Cox must indemnify them from losses, lost future revenue and attorneys fees because a Cox accounting move resulted in $71.4 million in production expenses being withheld from calculating Johnson’s share of profits.

Don Johnson Productions, Inc., a “loan-out” corporation owned by actor Don Johnson, filed a lawsuit in February 2009 against defendants Rysher Entertainment LLC, 2929 Entertainment, LP, and Qualia Capital LLC, the producers and financiers of the television series Nash Bridges, for breach of contract, conversion, unjust enrichment, an accounting, and interference with prospective economic advantage. Don Johnson claimed that his 1995 deal with Rysher entitled him to half-ownership of Nash Bridges if it lasted 66 episodes. The show lasted 122 episodes. Johnson sued for 50 percent of the show’s money. At trial, his attorneys pointed to the profits the series made from re-reruns. A jury awarded Johnson $23.2 million, and then, the judge awarded interest, ballooning the total award to $50 million.