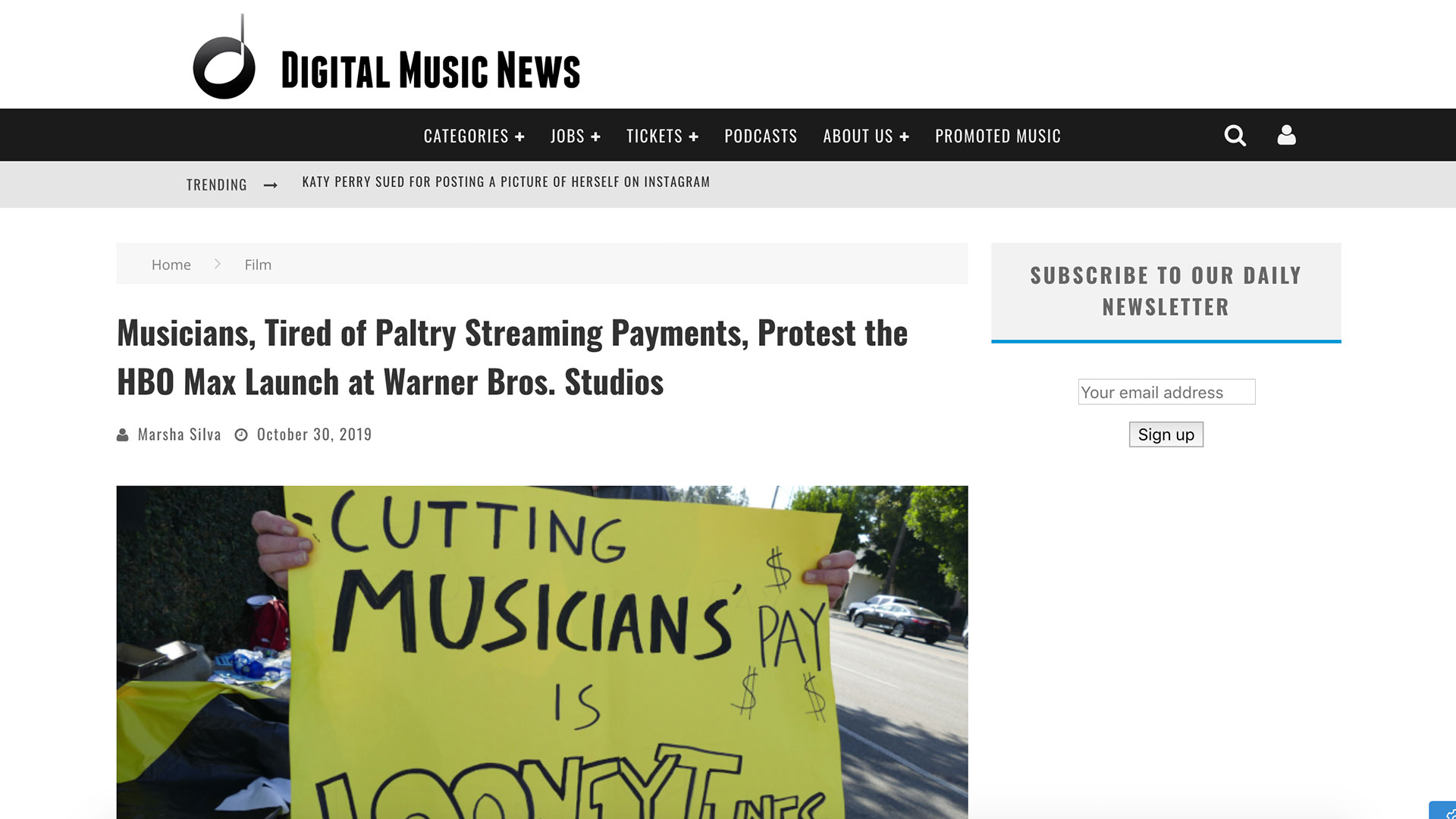 On October 30, Los Angeles musicians held a protest and an impromptu performance under the water tower of Warner Bros. Studios in Burbank, as they continue to attempt to receive fair pay for streamed content.

The musicians were protesting the launch of a new streaming service called HBO Max from WarnerMedia. It is part of their long-running #BandTogether campaign, which is trying to bring residual payments to musicians in new media in line with other workers, such as actors, writers and singers. The American Federation of Musicians (AFM) members insist that, when studios stream their work, they effectively receive a 75% pay cut.