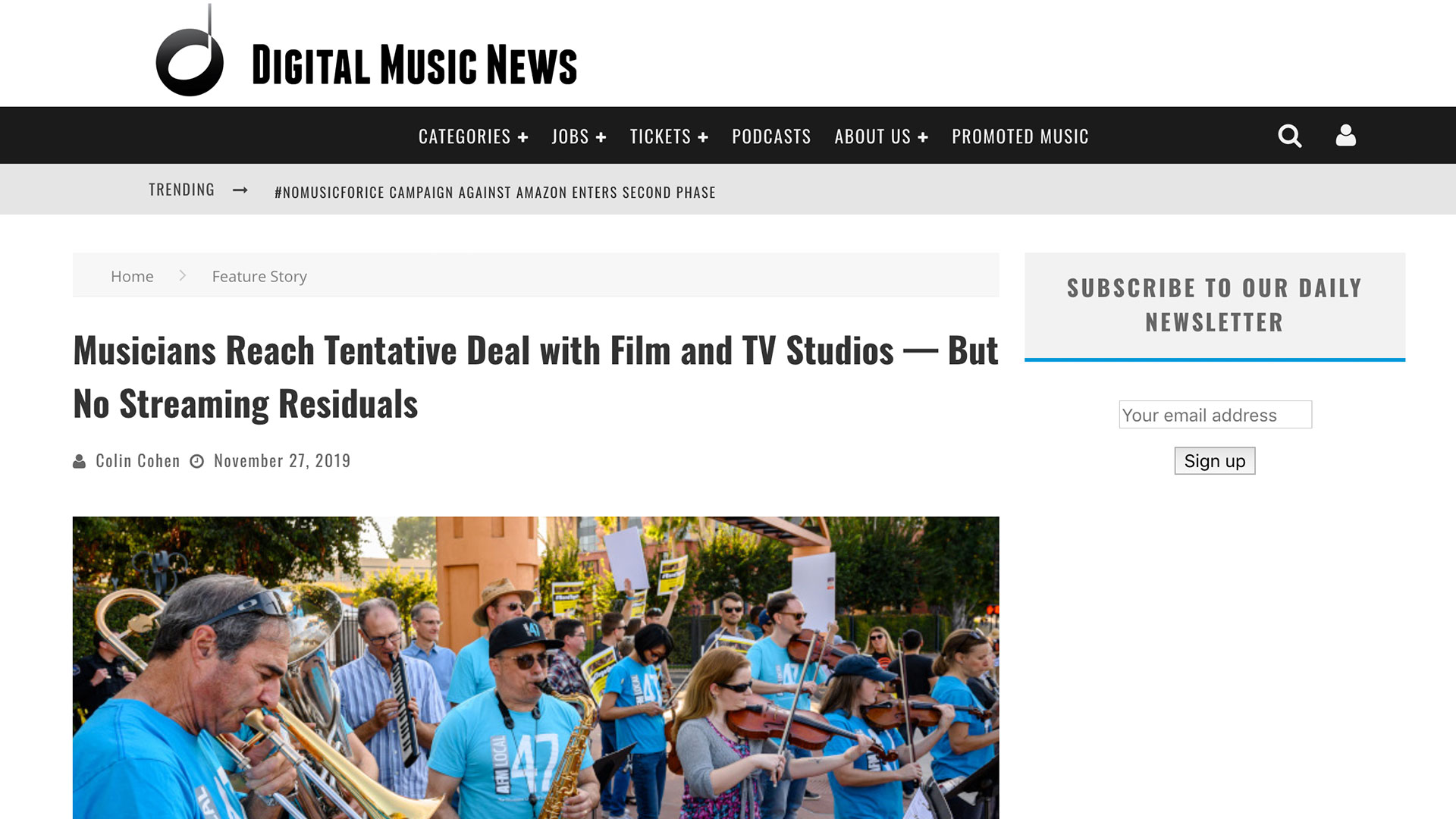 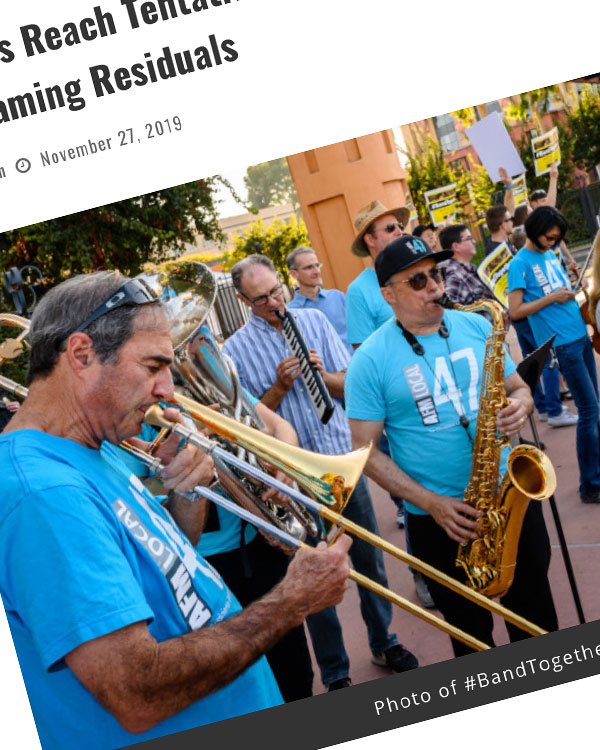 Musicians have reached a tentative deal with film and television studios, despite not getting their most pressing demand: residuals for streaming, which they had fought for through their #BandTogether campaign.

Negotiations between the American Federation of Musicians (AFM) and the studios lasted over two years, but while the former did receive significant improvements in their contract with the latter, their members still will not be getting residuals for TV shows and movies that are streamed online.