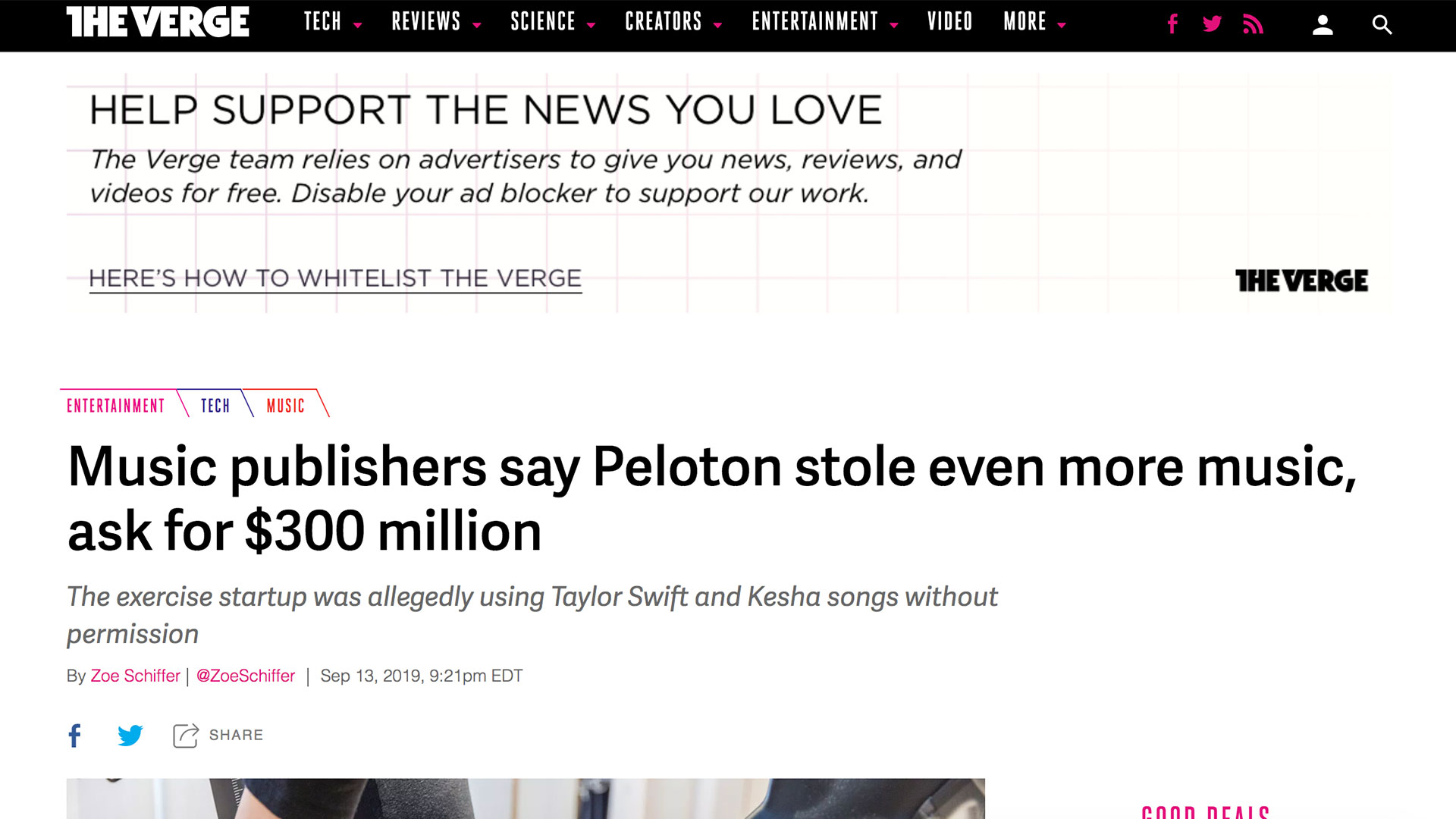 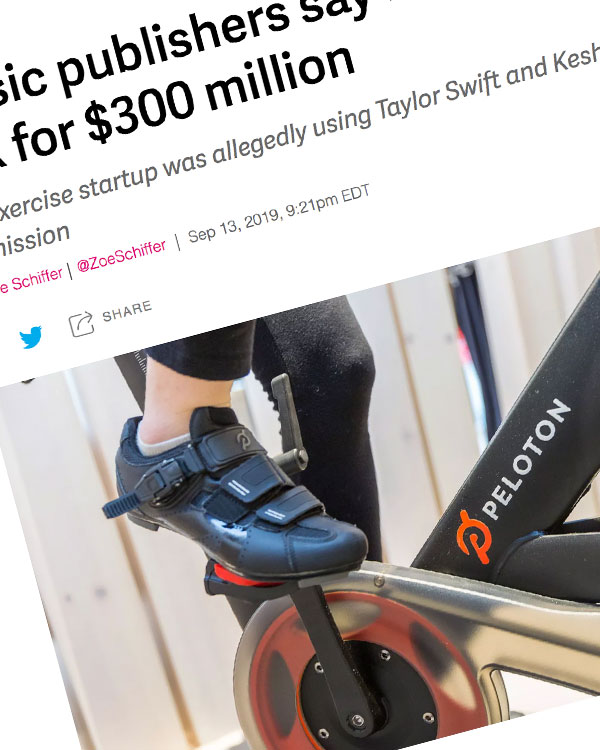 The National Music Publishers’ Association (NMPA) has asked the courts to allow it to double its claims against exercise bike and treadmill startup Peloton, after discovering more unlicensed music — including songs by Taylor Swift and Kesha — being used in workout videos that play on the bikes’ built-in screens. It’s now seeking $300 million in damages, as reported by Forbes.