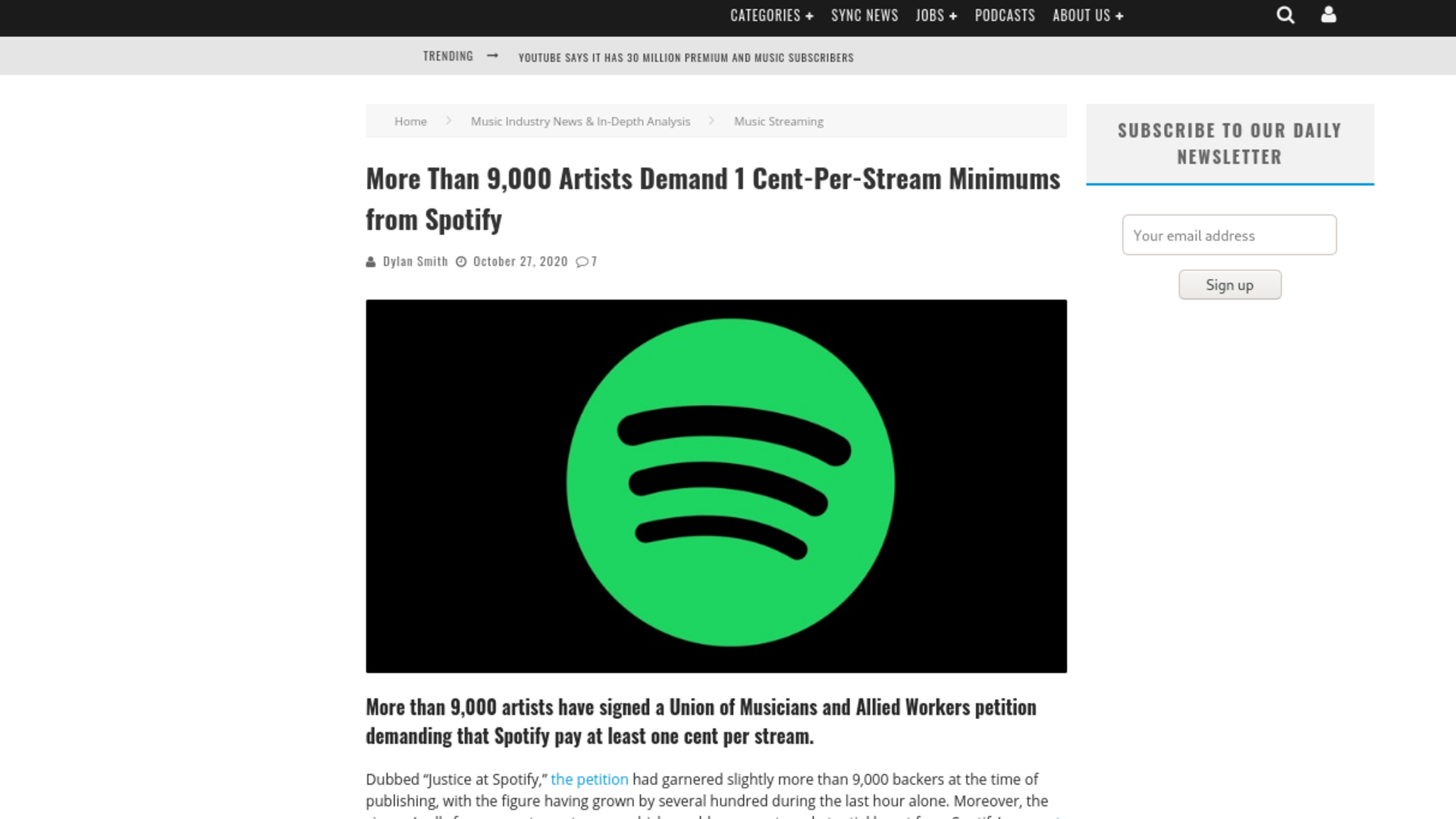 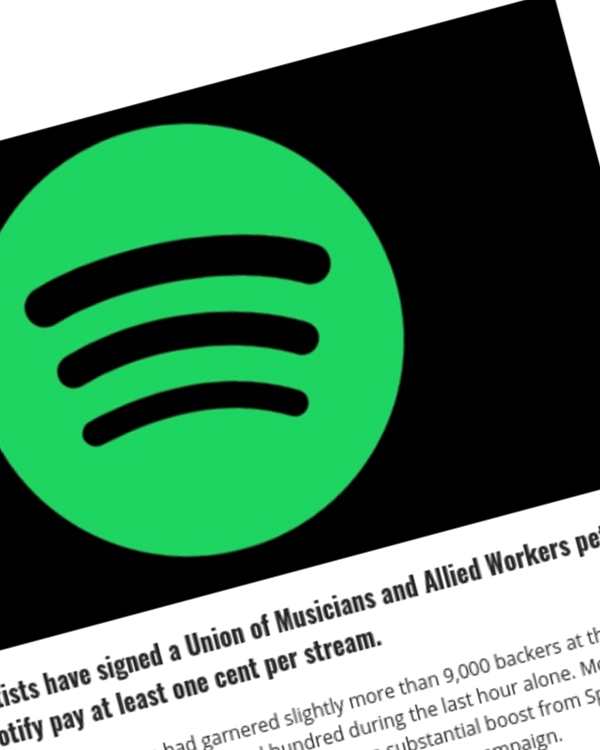 More than 9,000 artists have signed a Union of Musicians and Allied Workers petition demanding that Spotify pay at least one cent per stream.

Dubbed “Justice at Spotify,” the petition had garnered slightly more than 9,000 backers at the time of publishing, with the figure having grown by several hundred during the last hour alone. Moreover, the signers’ calls for one cent per stream – which would represent a substantial boost from Spotify’s current per-stream rate – is the first of multiple demands outlined in the detailed campaign.