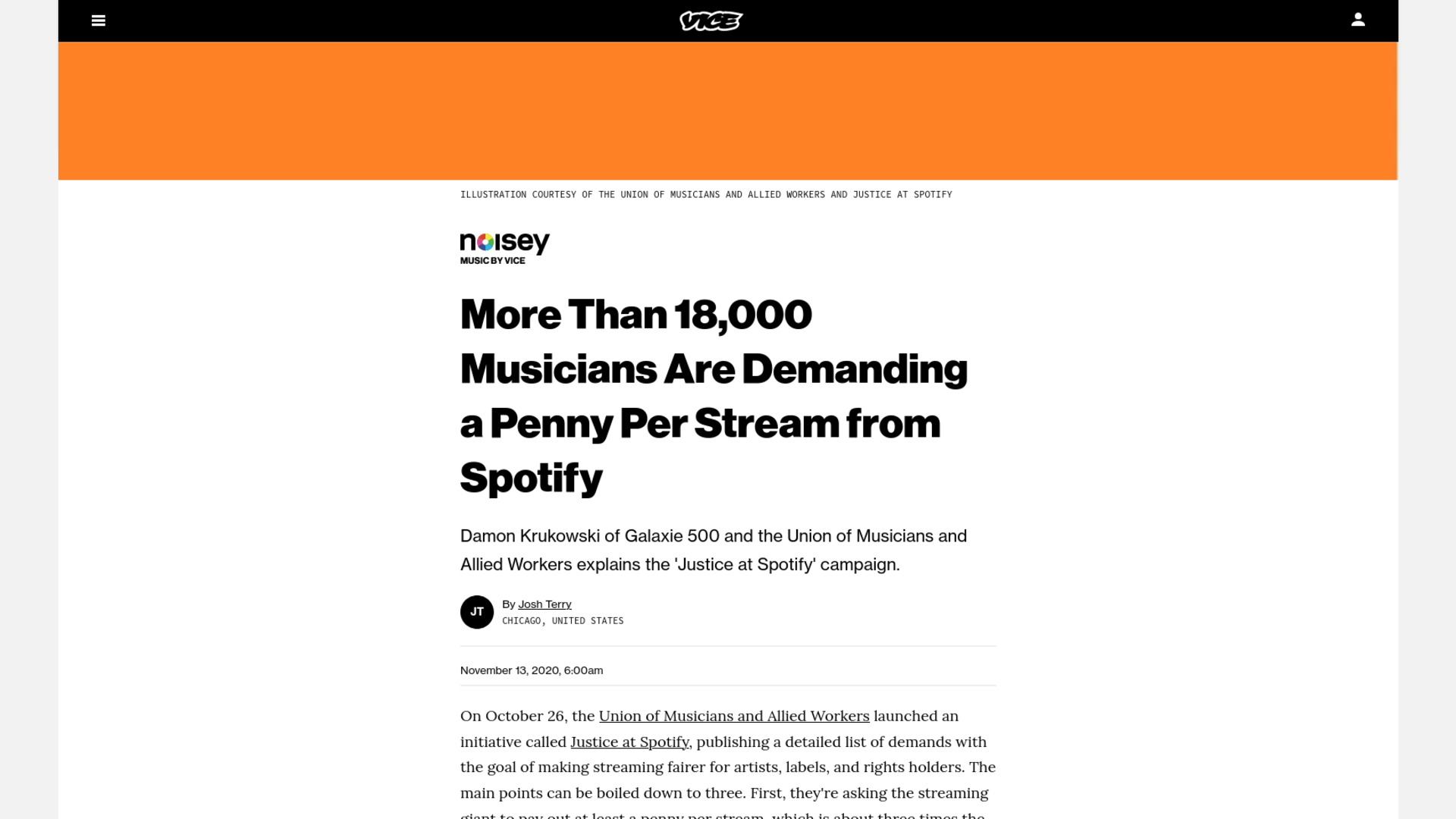 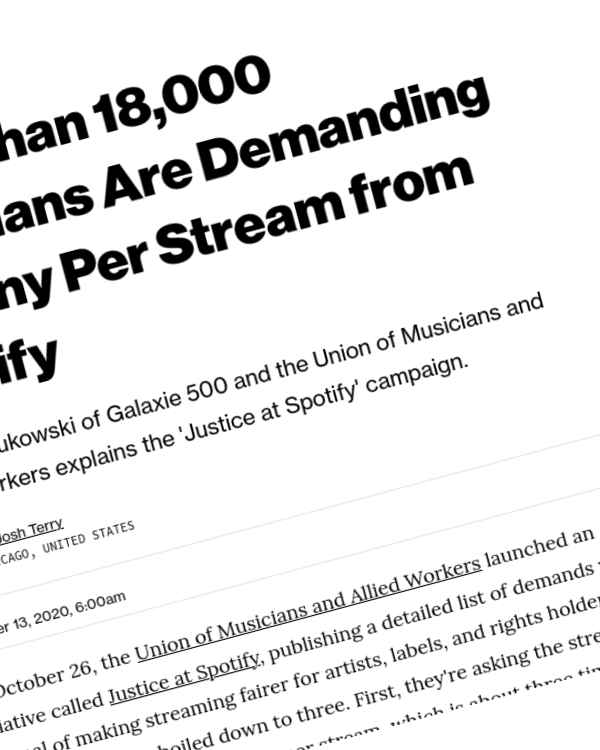 Home Industry News More Than 18,000 Musicians Are Demanding a Penny Per Stream from Spotify

More Than 18,000 Musicians Are Demanding a Penny Per Stream from Spotify

On October 26, the Union of Musicians and Allied Workers launched an initiative called Justice at Spotify, publishing a detailed list of demands with the goal of making streaming fairer for artists, labels, and rights holders. The main points can be boiled down to three. First, they’re asking the streaming giant to pay out at least a penny per stream, which is about three times the $.0038 payout artists receive on average for their music. Second, they are demanding greater financial transparency from the company, including around its contracts with major labels, distributors, and management companies. Lastly, they want Spotify to put an end to its legal battles over royalty rates, which the union describes as being “intended to further impoverish artists.” Justice at Spotify follows 2020 initiatives in the U.K. like the #KeepMusicAlive and the #BrokenRecord campaign, which looks at inequities in record label and licensing deals on top of streaming.