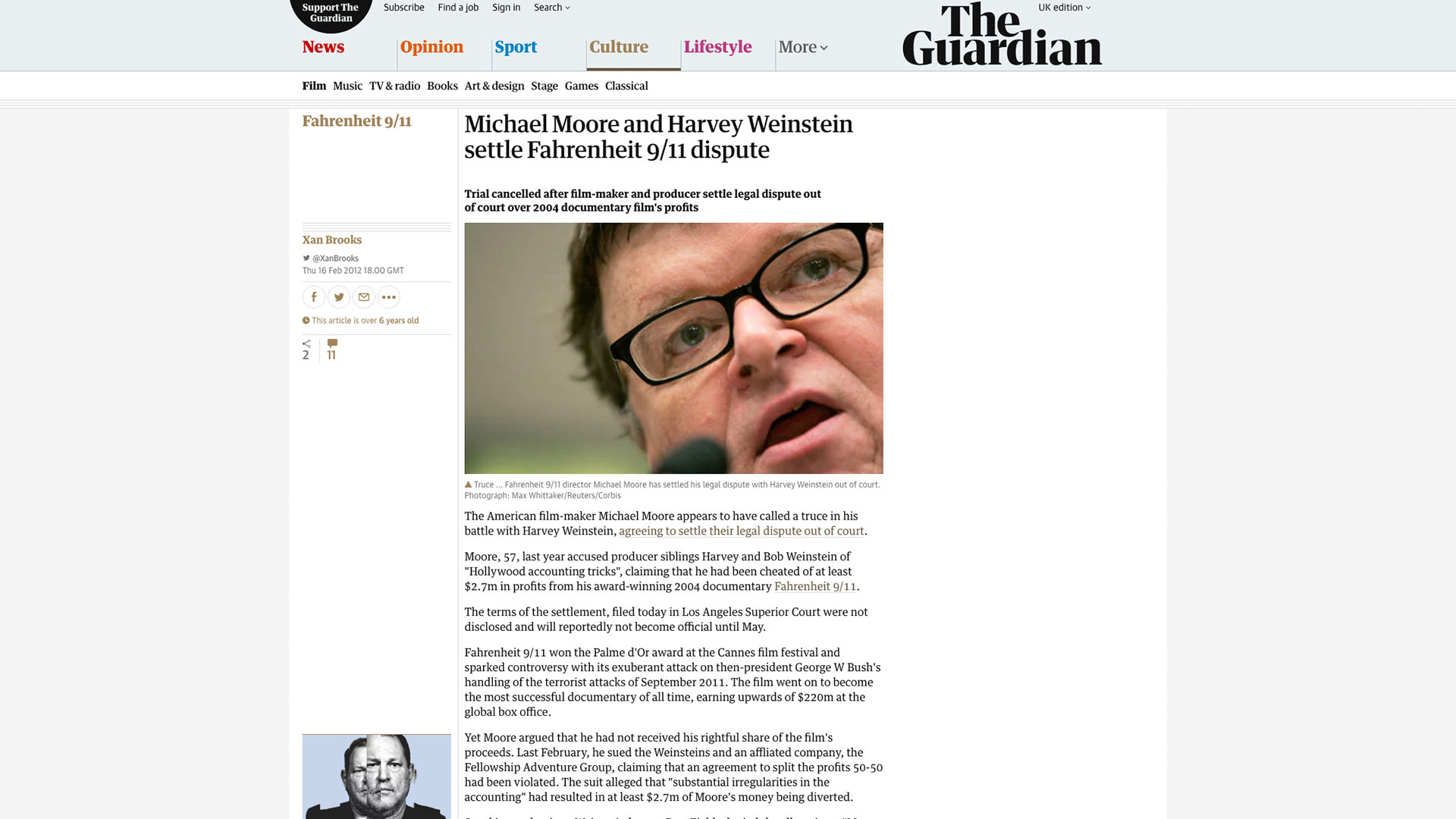 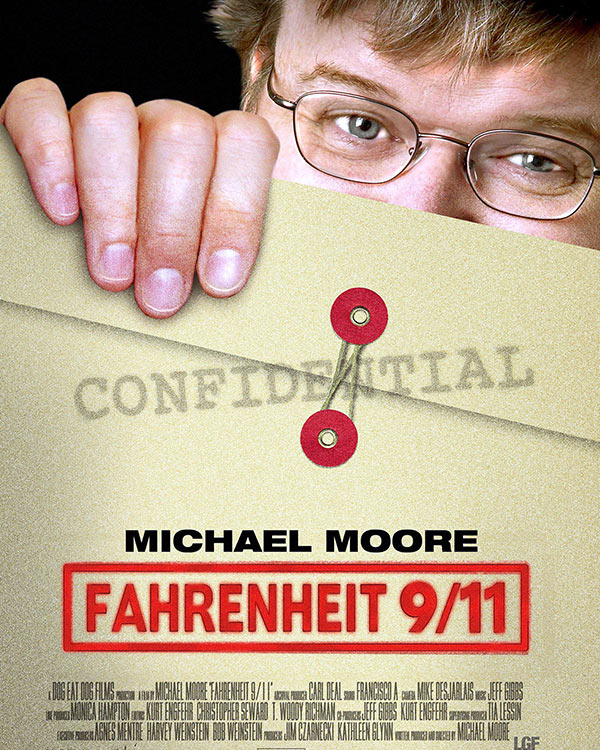 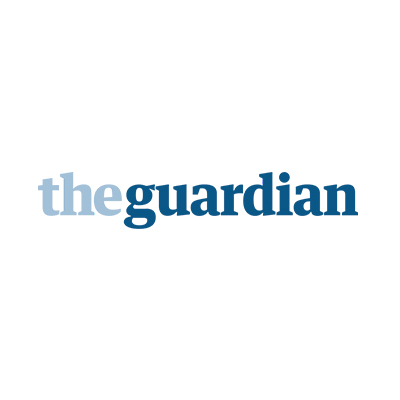 The American film-maker Michael Moore appears to have called a truce in his battle with Harvey Weinstein, agreeing to settle their legal dispute out of court.

Moore, 57, last year accused producer siblings Harvey and Bob Weinstein of “Hollywood accounting tricks”, claiming that he had been cheated of at least $2.7m in profits from his award-winning 2004 documentary Fahrenheit 9/11.

The terms of the settlement, filed today in Los Angeles Superior Court were not disclosed and will reportedly not become official until May.

Fahrenheit 9/11 won the Palme d’Or award at the Cannes film festival and sparked controversy with its exuberant attack on then-president George W Bush’s handling of the terrorist attacks of September 2011. The film went on to become the most successful documentary of all time, earning upwards of $220m at the global box office.

In February 2011, Michael Moore sued Bob and Harvey Weinstein for creative accounting to deprive him of his share of profits for the film Fahrenheit 9/11. Moore specifically claimed that the Weinstein brothers agreed to split profits from the film 50-50 but then diverted at least $2.7 million in profits from the documentary to avoid paying him. The parties reached a settlement in 2012.