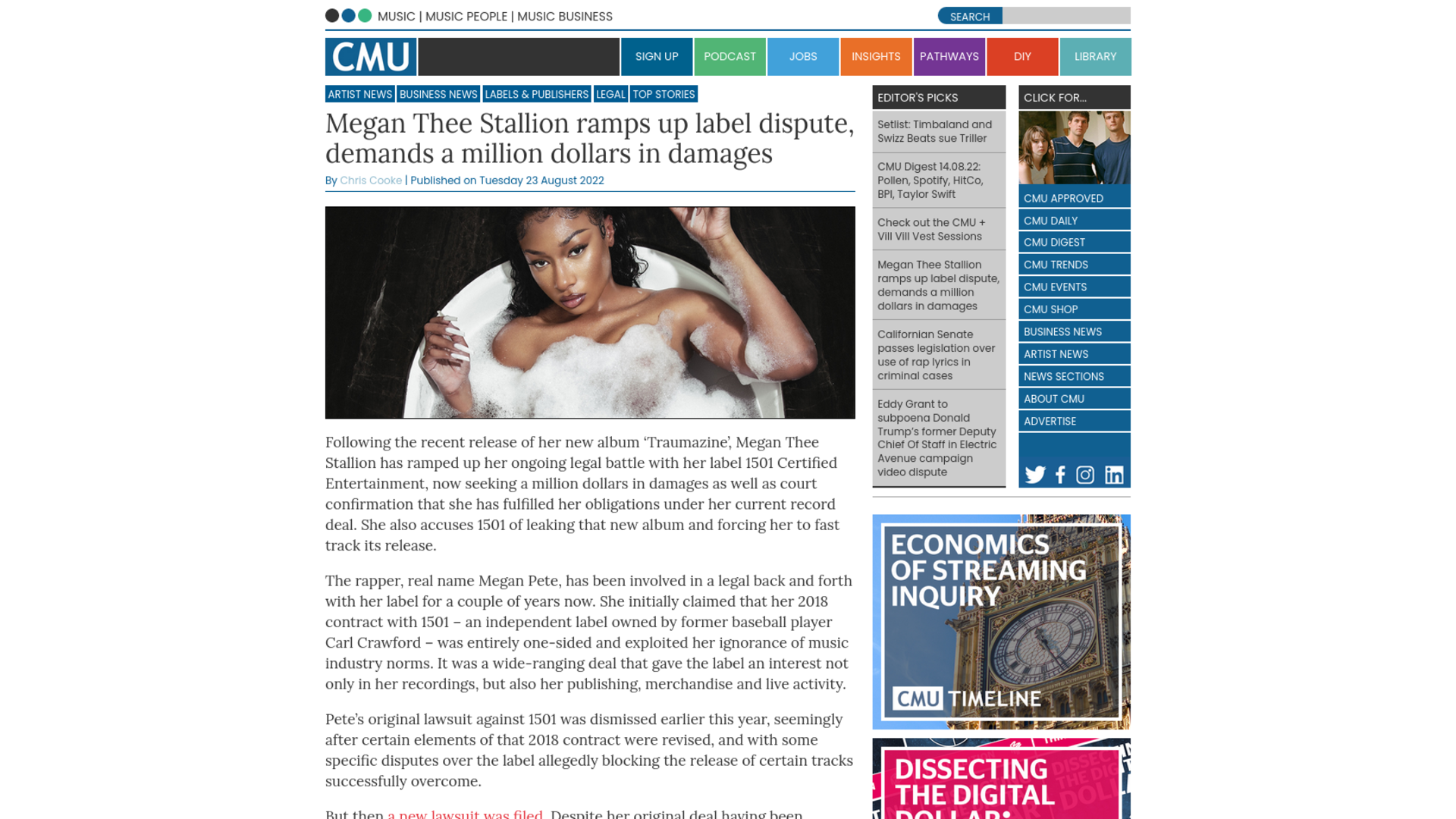 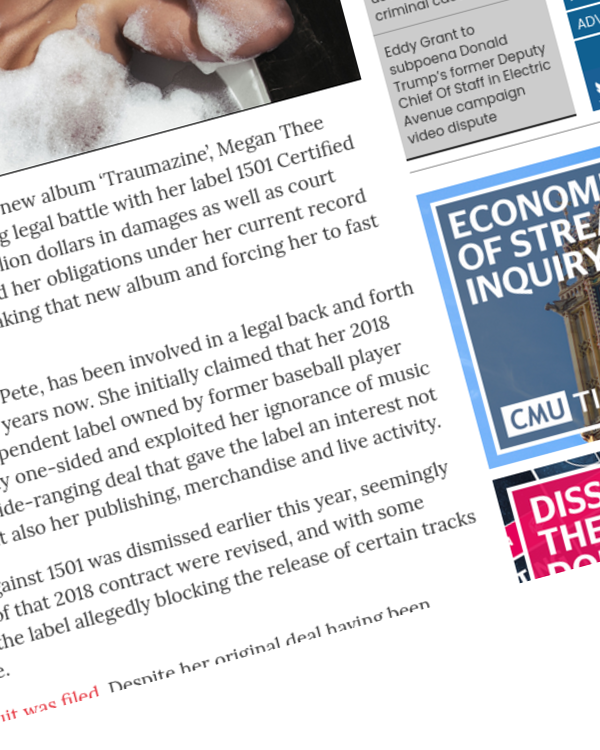 Following the recent release of her new album ‘Traumazine’, Megan Thee Stallion has ramped up her ongoing legal battle with her label 1501 Certified Entertainment, now seeking a million dollars in damages as well as court confirmation that she has fulfilled her obligations under her current record deal. She also accuses 1501 of leaking that new album and forcing her to fast track its release.