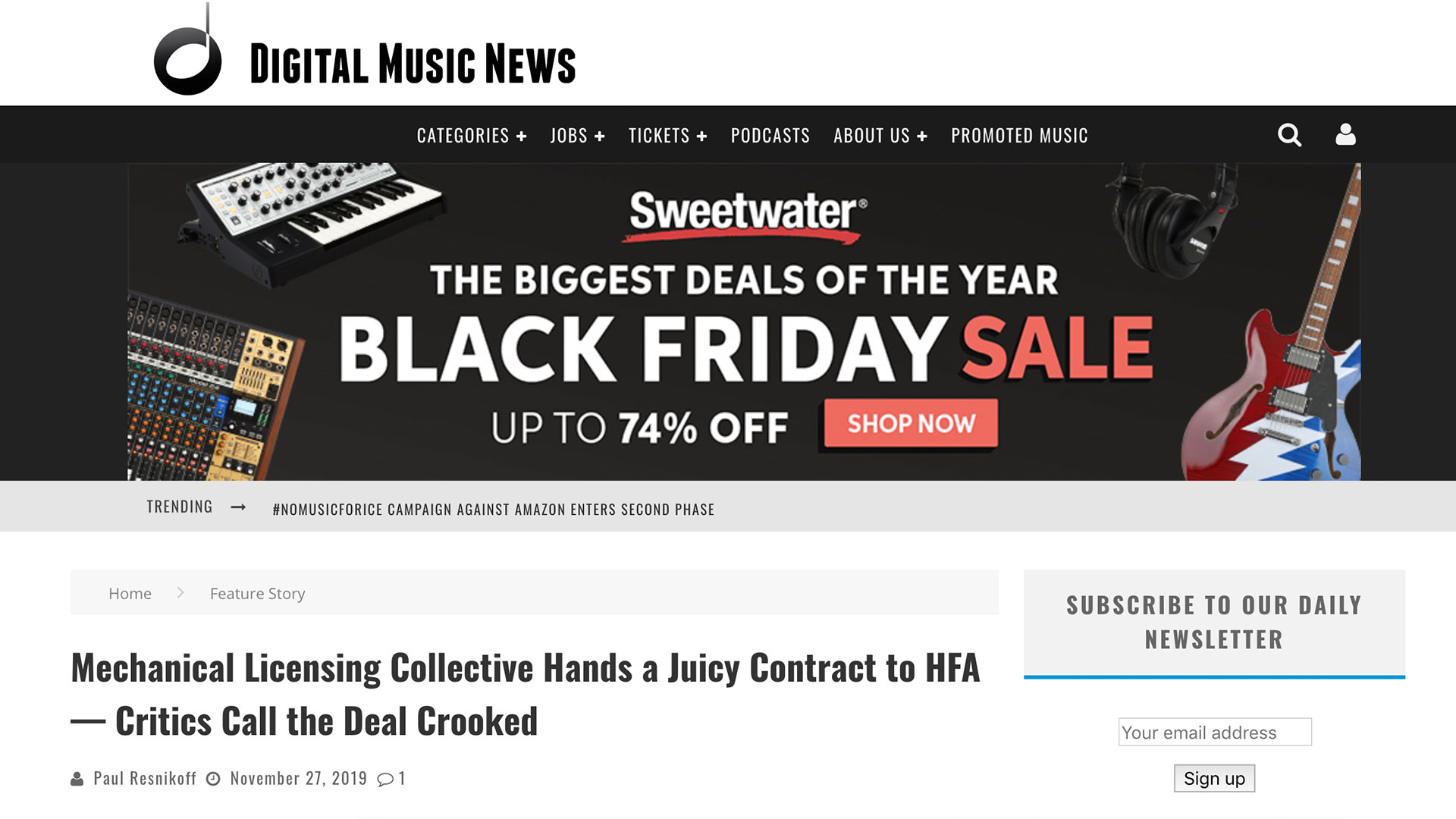 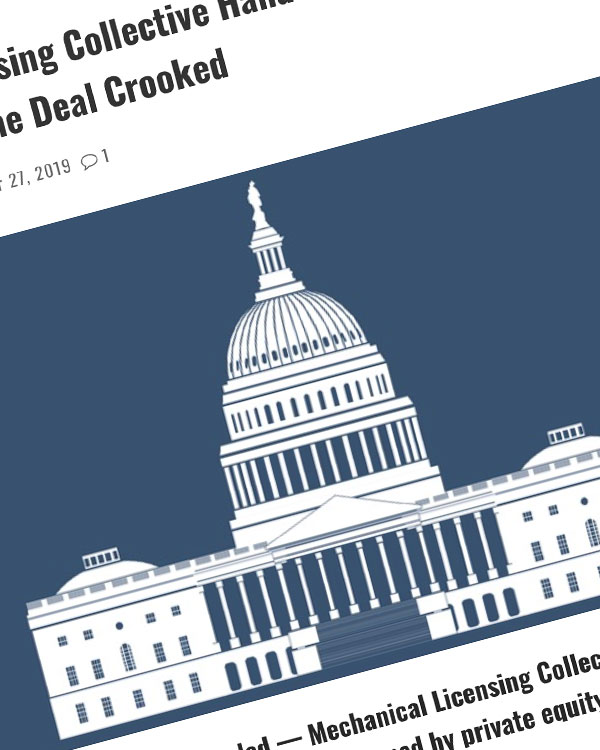 The newly-minted — and funded — Mechanical Licensing Collective has just awarded a plum contract to the Harry Fox Agency, owned by private equity firm the Blackstone Group. Critics are quickly pointing to a ‘no-bid contract’ based on political horse-trading, with HFA assailed for serious licensing problems in the past.