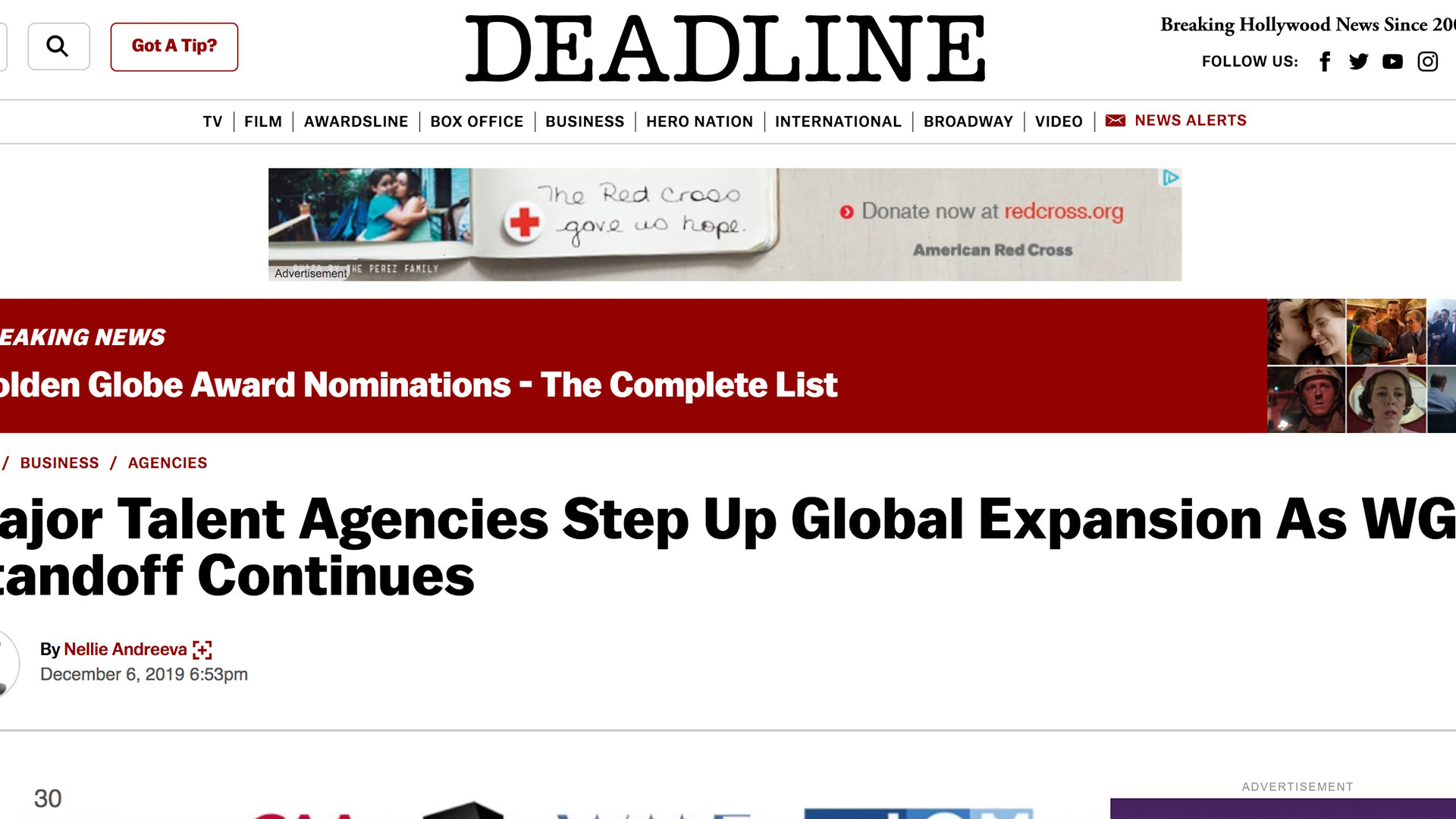 The television business is becoming increasingly global, fueled by the rapid expansion of the major streaming platforms. That also goes for the major Hollywood talent agencies.

Reps have always looked for opportunities beyond the U.S. But now, because of the increased demand for locally produced international content, they have stepped up their efforts. Also factoring into the acceleration is the ongoing impasse (and legal battle) between the Big 4 talent agencies and the Writers Guild of America which in April ordered its members to fire their agents if they hadn’t signed the guild’s new Code of Conduct.