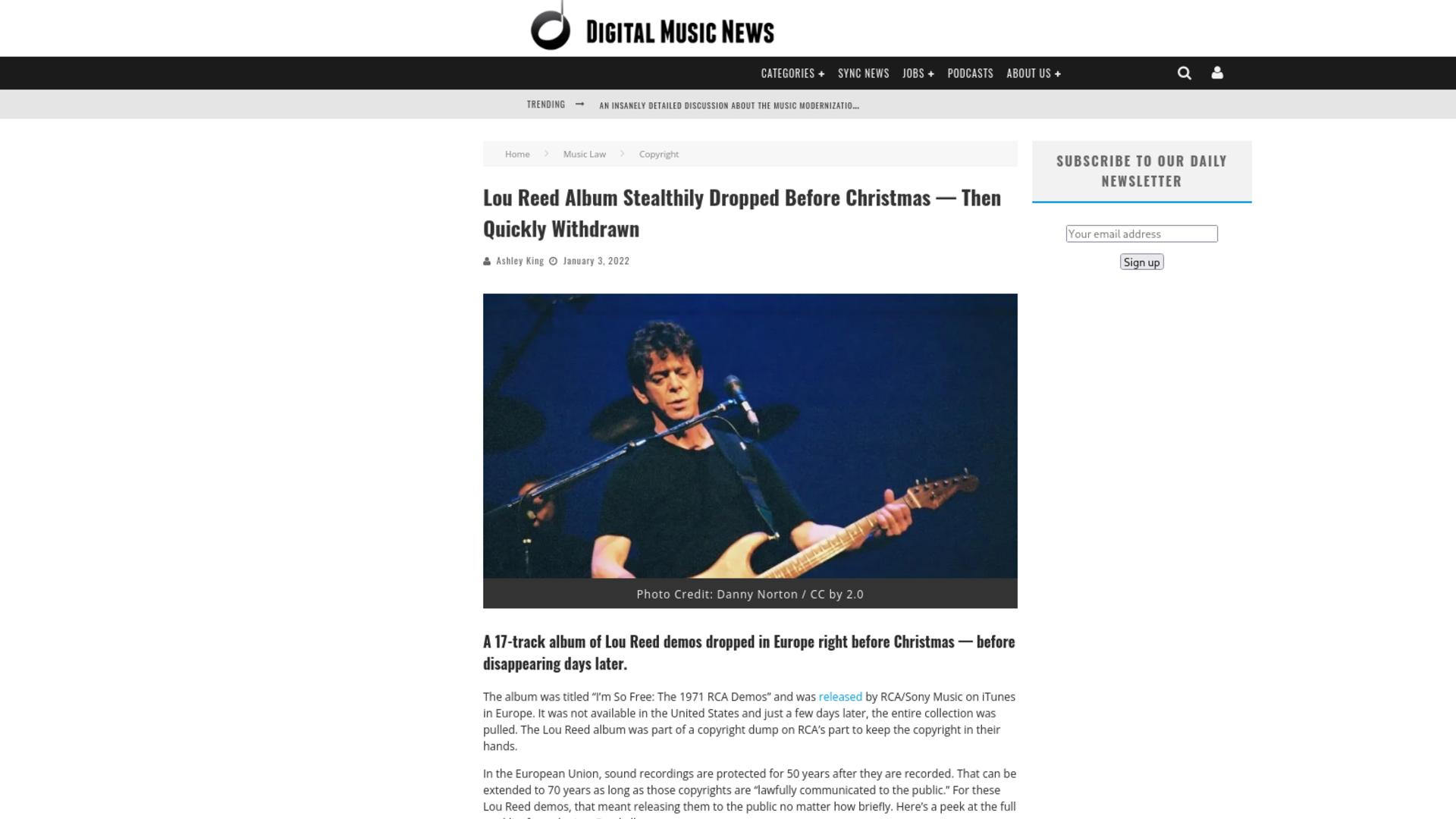 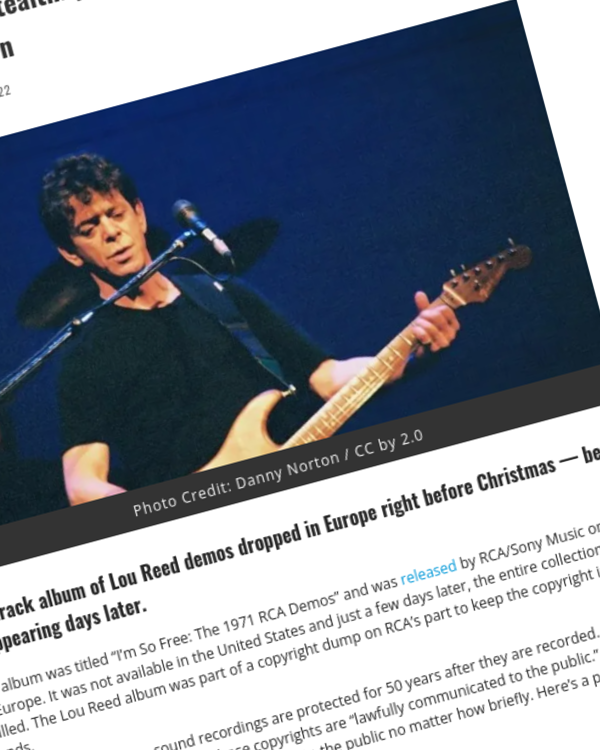 The album was titled “I’m So Free: The 1971 RCA Demos” and was released by RCA/Sony Music on iTunes in Europe. It was not available in the United States and just a few days later, the entire collection was pulled. The Lou Reed album was part of a copyright dump on RCA’s part to keep the copyright in their hands.