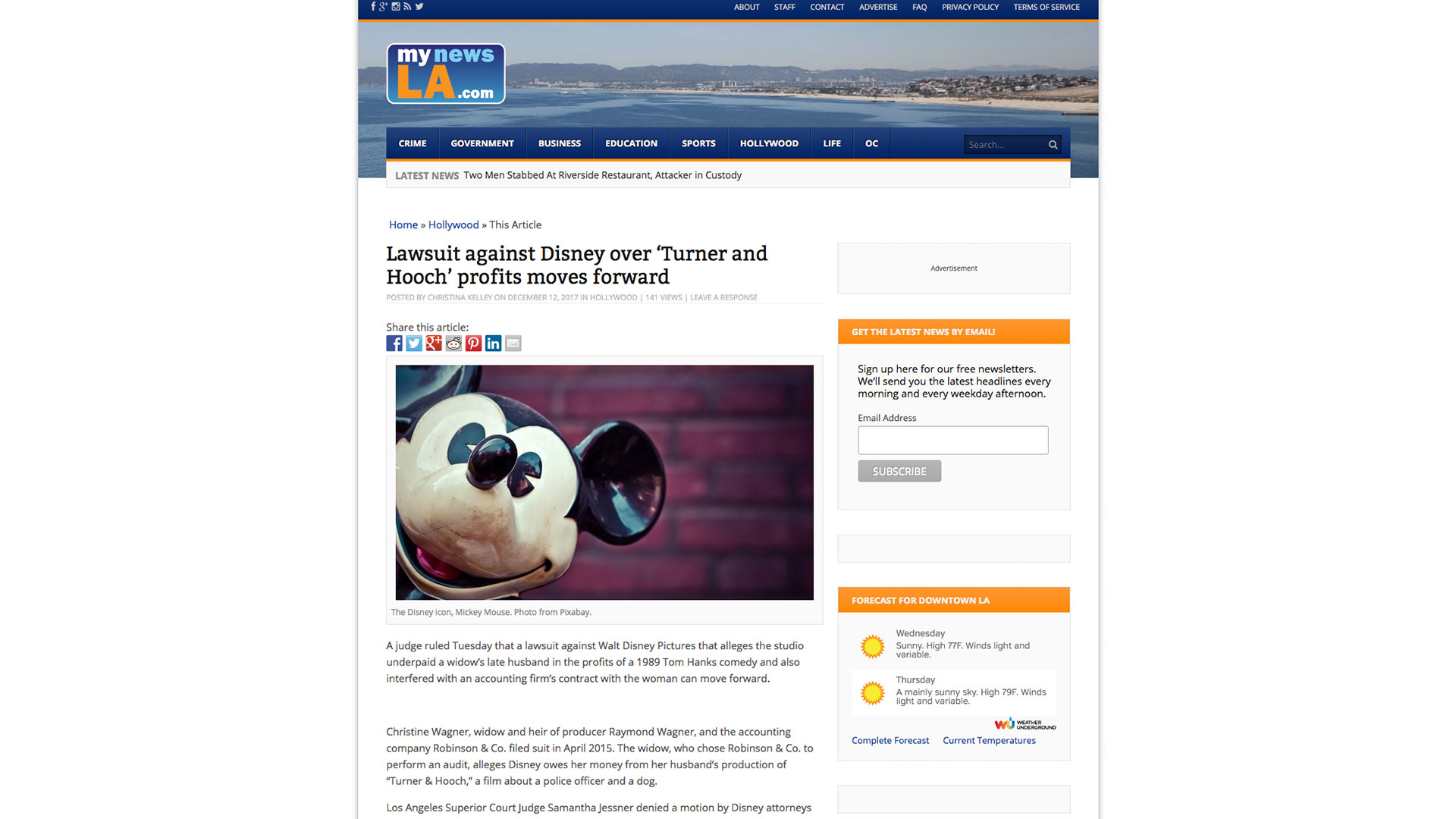 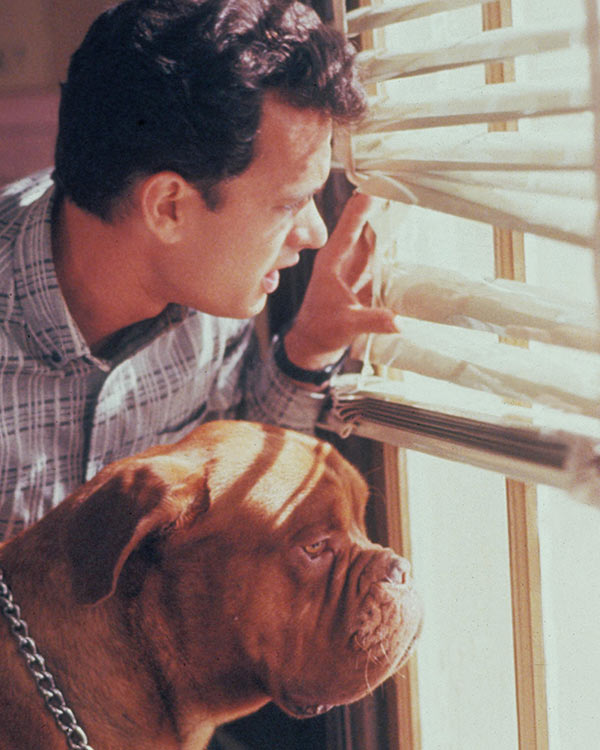 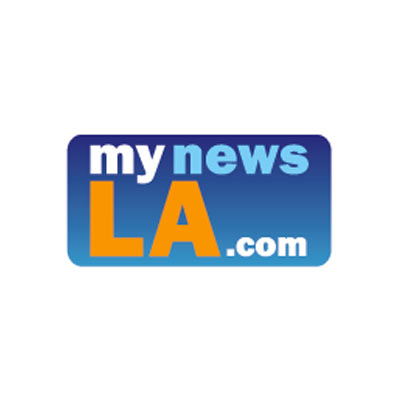 Lawsuit against Disney over ‘Turner and Hooch’ profits moves forward

A judge ruled Tuesday that a lawsuit against Walt Disney Pictures that alleges the studio underpaid a widow’s late husband in the profits of a 1989 Tom Hanks comedy and also interfered with an accounting firm’s contract with the woman can move forward.

Christine Wagner, widow and heir of producer Raymond Wagner, and the accounting company Robinson & Co. filed suit in April 2015. The widow, who chose Robinson & Co. to perform an audit, alleges Disney owes her money from her husband’s production of “Turner & Hooch,” a film about a police officer and a dog.

Los Angeles Superior Court Judge Samantha Jessner denied a motion by Disney attorneys to dismiss four of the lawsuit’s seven causes of action, including those alleging intentional interference with contractual relations and a request for an accounting. The motion did not challenge the plaintiffs’ claims for breach of contract and fraud.

Christine Wagner, widow of the producer of the film Turner and Hooch, joined Richard Dreyfuss’ lawsuit on April 9, 2015, alleging the same claims as they pertained to her late husband, Raymond Wagner, contract rights and owed profits from Disney. While Dreyfuss voluntarily dismissed his claims, Wagner’s case against Disney is still pending. Wagner also recently amended her complaint to add a fraud claim.