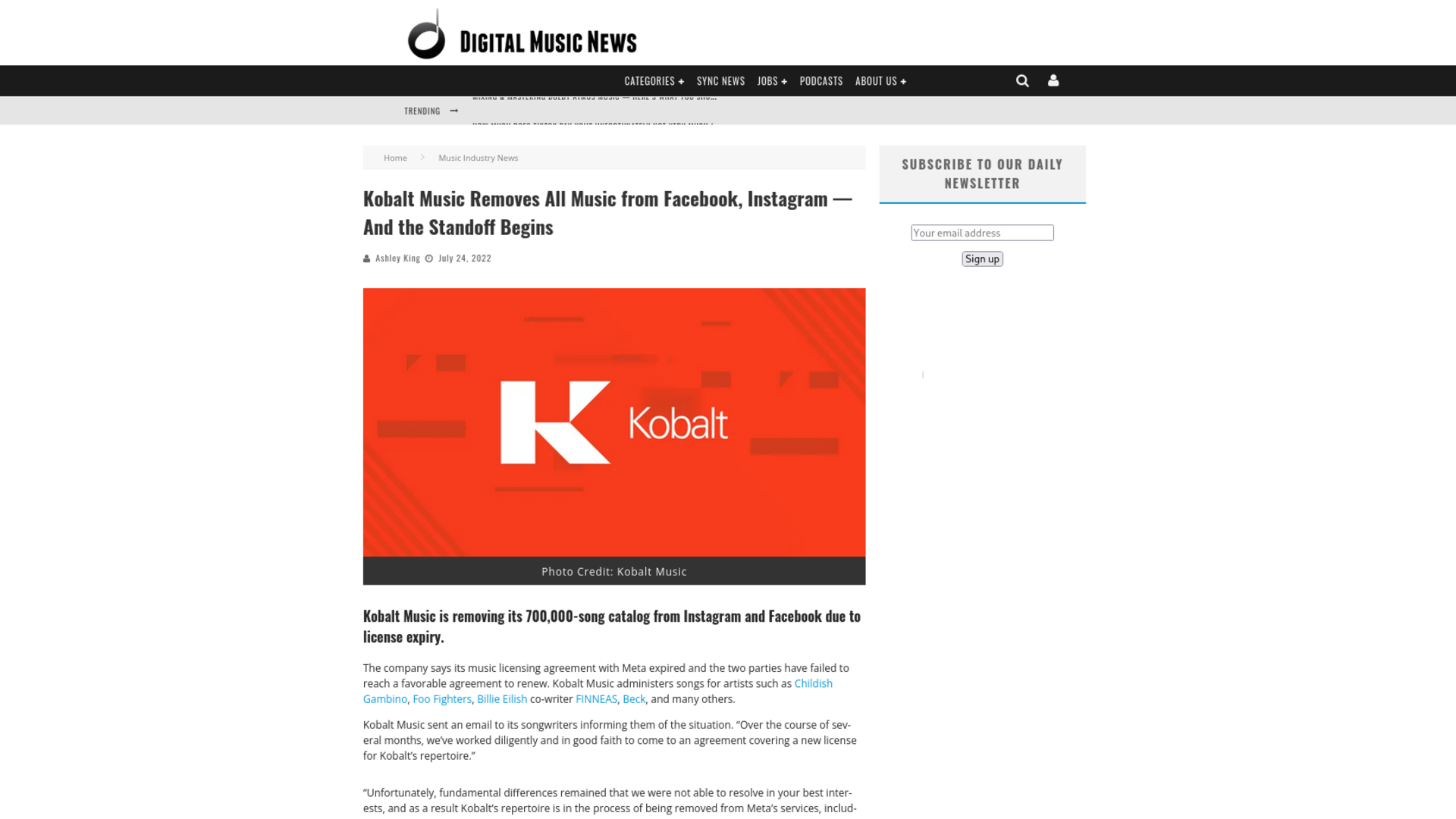 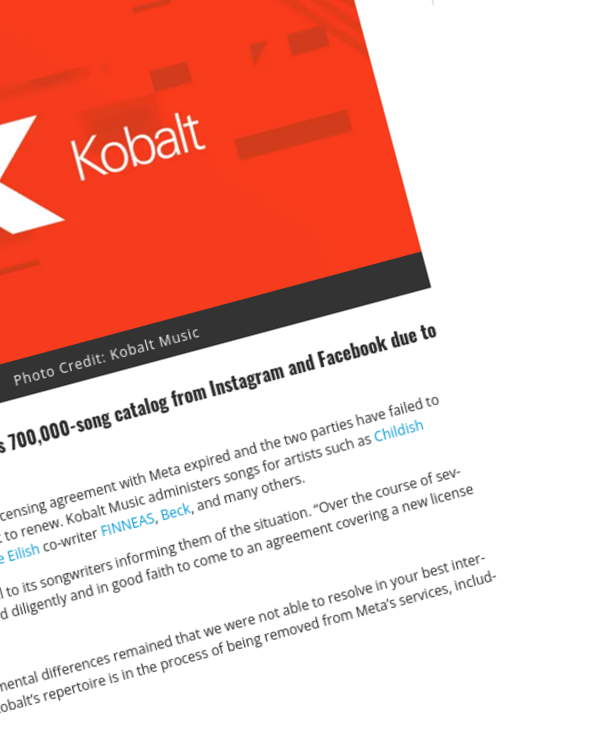 The company says its music licensing agreement with Meta expired and the two parties have failed to reach a favorable agreement to renew. Kobalt Music administers songs for artists such as Childish Gambino, Foo Fighters, Billie Eilish co-writer FINNEAS, Beck, and many others.