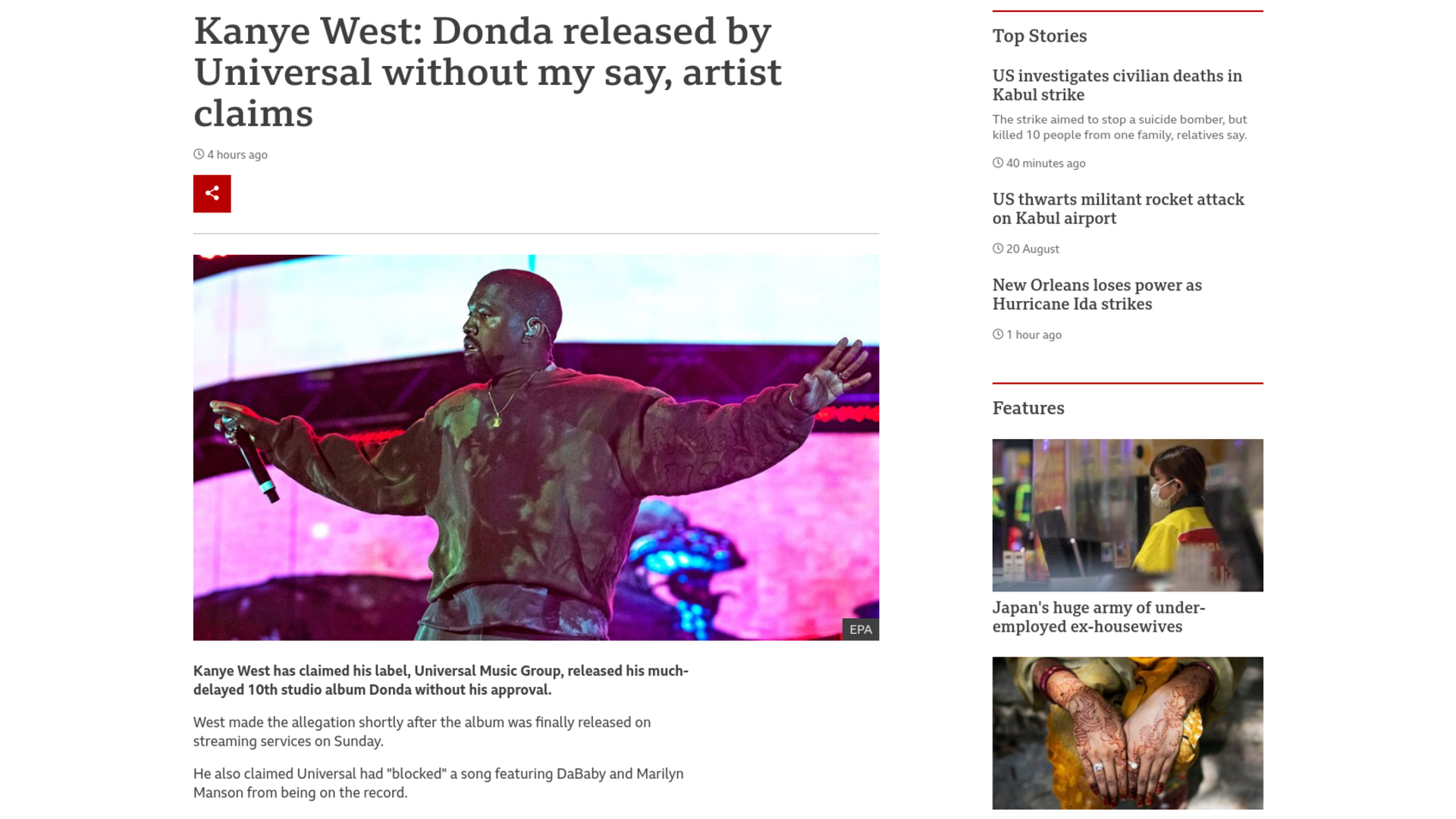 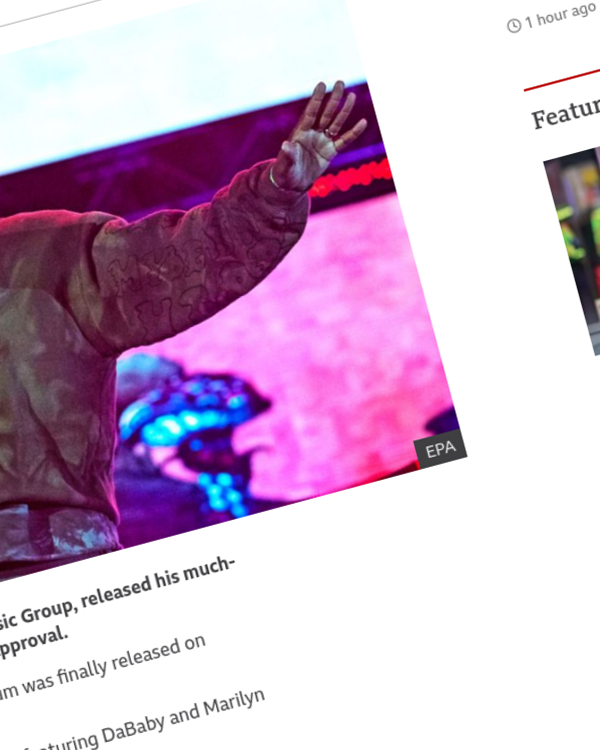 West made the allegation shortly after the album was finally released on streaming services on Sunday.

He also claimed Universal had “blocked” a song featuring DaBaby and Marilyn Manson from being on the record.

“Universal put my album out without my approval and they blocked Jail 2 from being on the album,” he wrote.