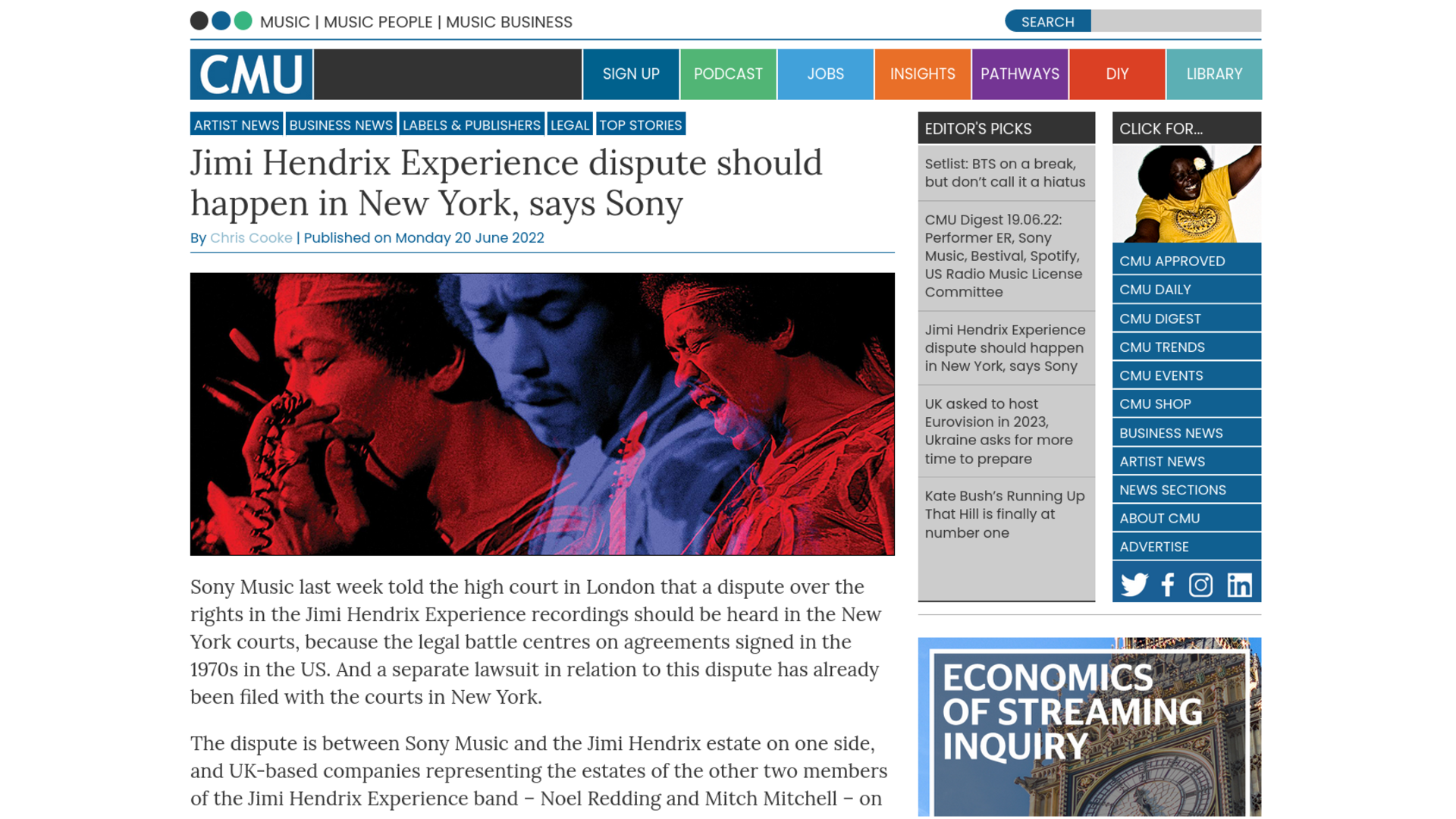 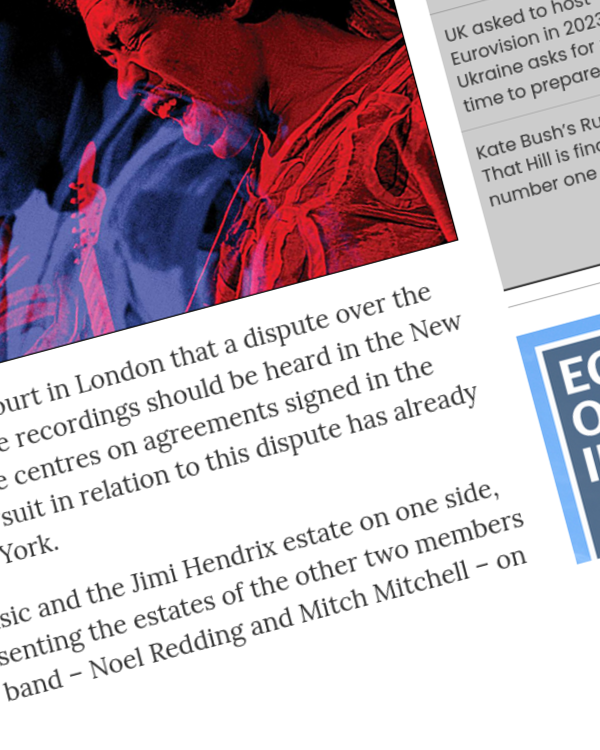 Sony Music last week told the high court in London that a dispute over the rights in the Jimi Hendrix Experience recordings should be heard in the New York courts, because the legal battle centres on agreements signed in the 1970s in the US. And a separate lawsuit in relation to this dispute has already been filed with the courts in New York.