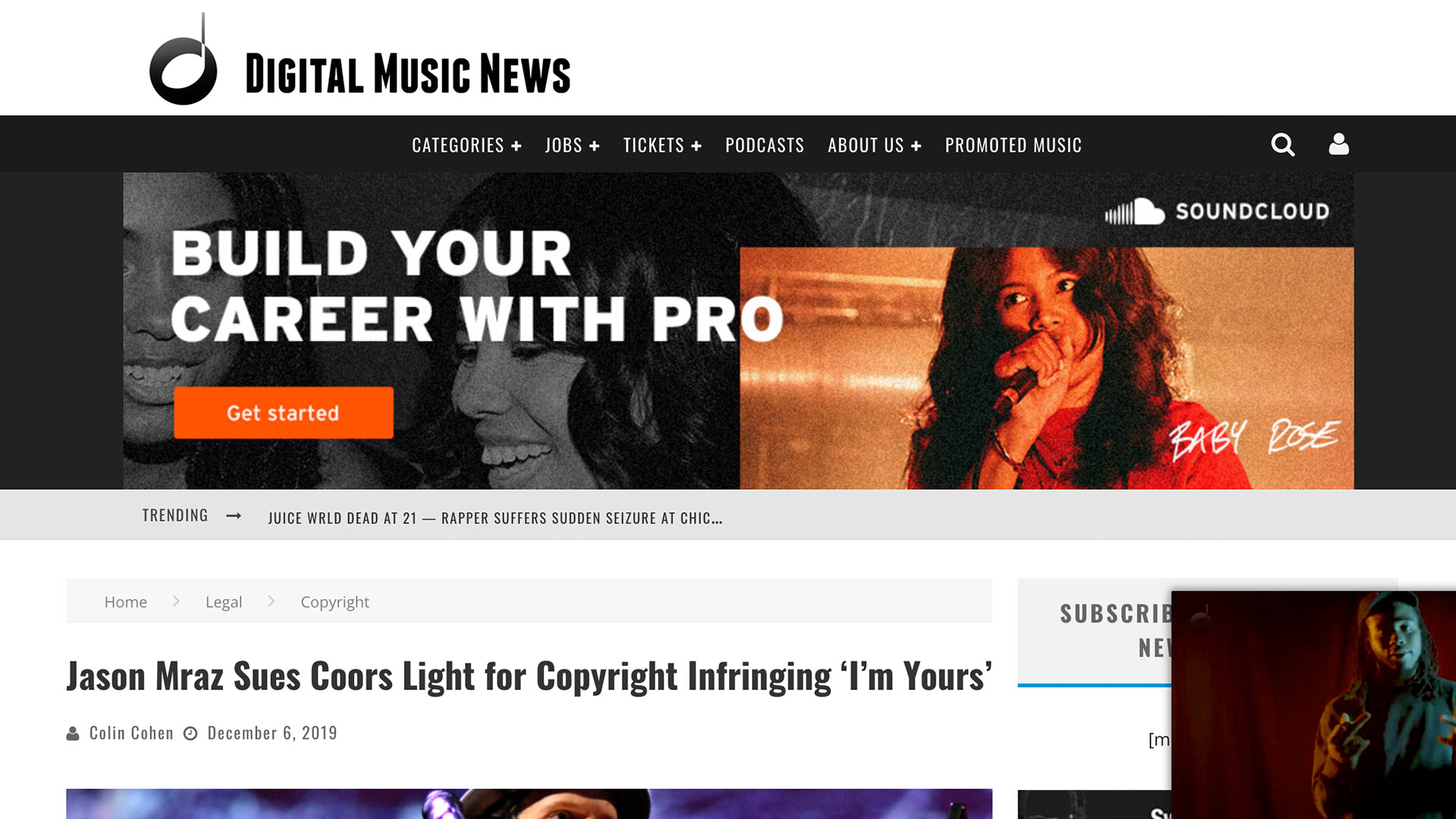 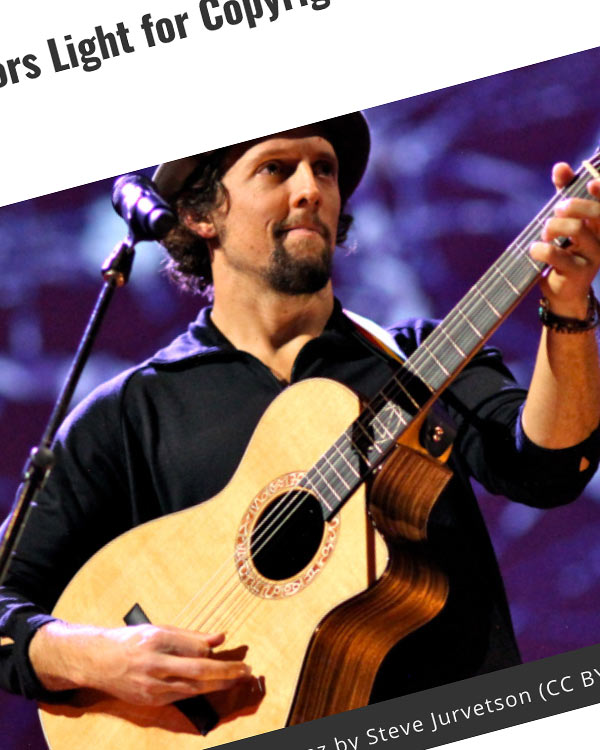 Singer Jason Mraz is suing MillerCoors LLC because it used his Grammy-nominated hit song “I’m Yours” in a Coors Light advertisement on Instagram without his consent.

The company has since removed the ad from Instagram. It featured a video clip of Mraz performing the song in May of this year at the BeachLife Festival, which took place in Redondo Beach, California. The ad also included a caption that read: “Kicking off summer with the World’s Most Refreshing Beer at the Beach Life Festival.”