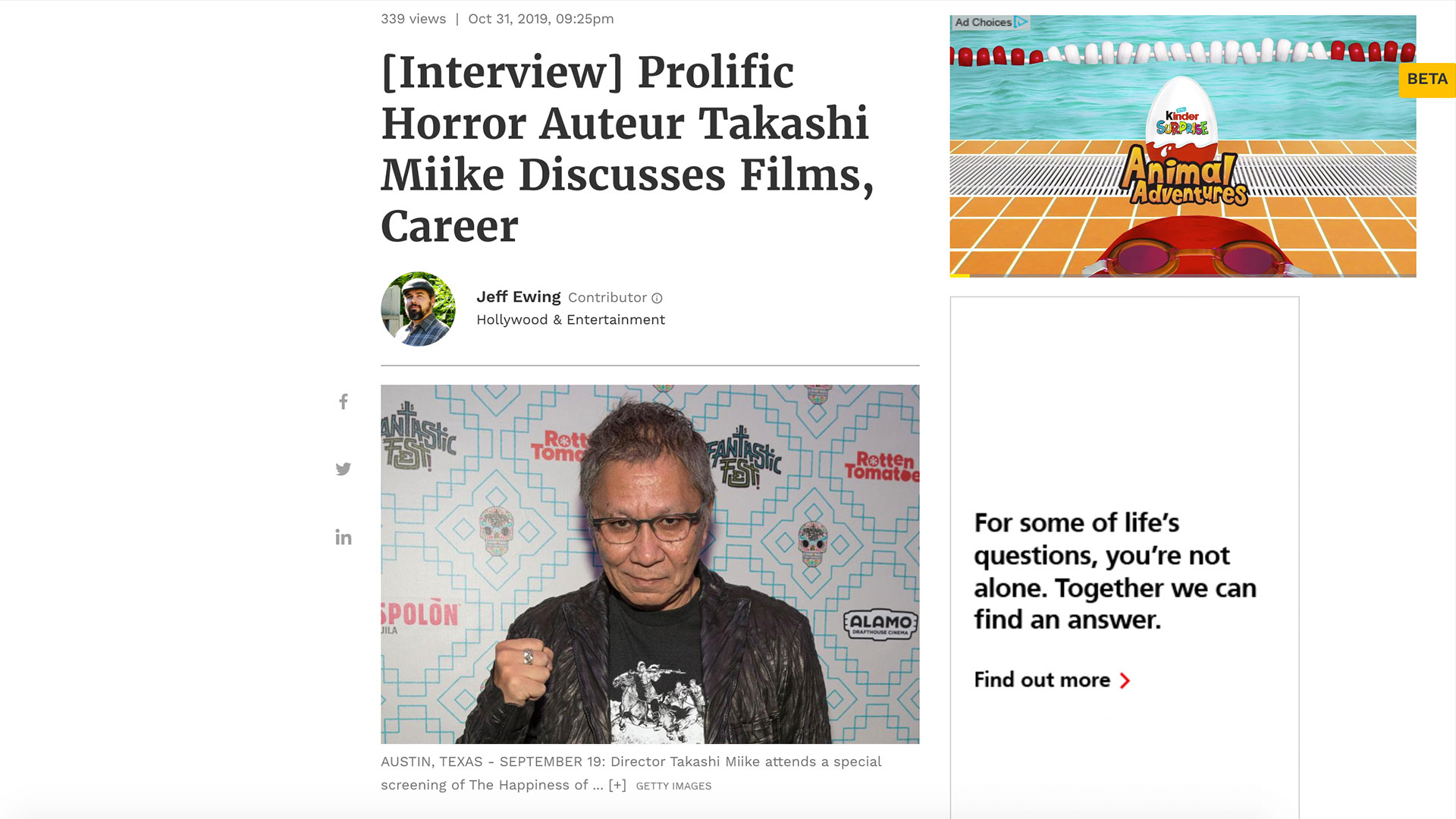 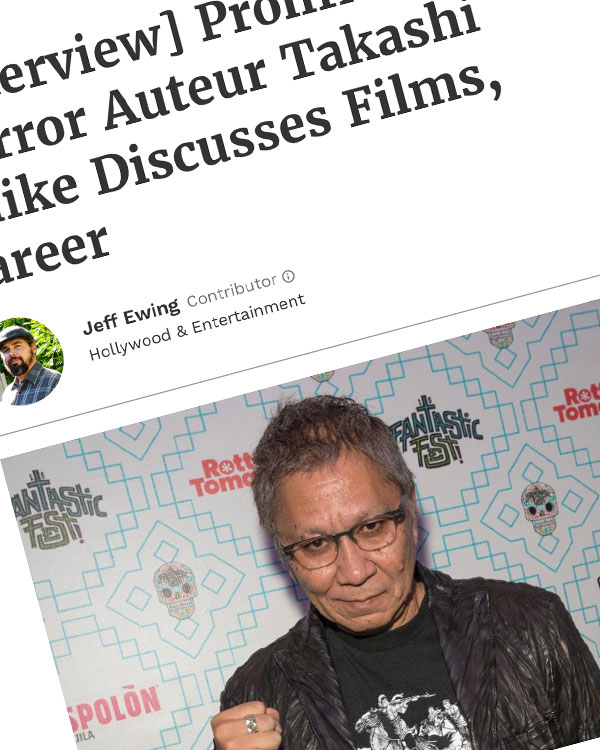 It’s Halloween, the spookiest of holidays, and while there are many influential directors of horror films none are as prolific as Japanese auteur Takashi Miike. In his over 100-film directorial career since 1991, Miike’s filmography has spanned horror (Audition, Ichi the Killer), samurai cinema (13 Assassins, Hara-Kiri: Death of a Samurai), children’s films (Zebraman), yakuza epics (Dead or Alive), and even a musical-horror-comedy (The Happiness of the Katakuris). Last month the horror auteur was awarded the Lifetime Achievement Award at genre-festival Fantastic Fest, and his newest film First Love premiered September 27th. I interviewed the genre-spanning horror icon about his career.