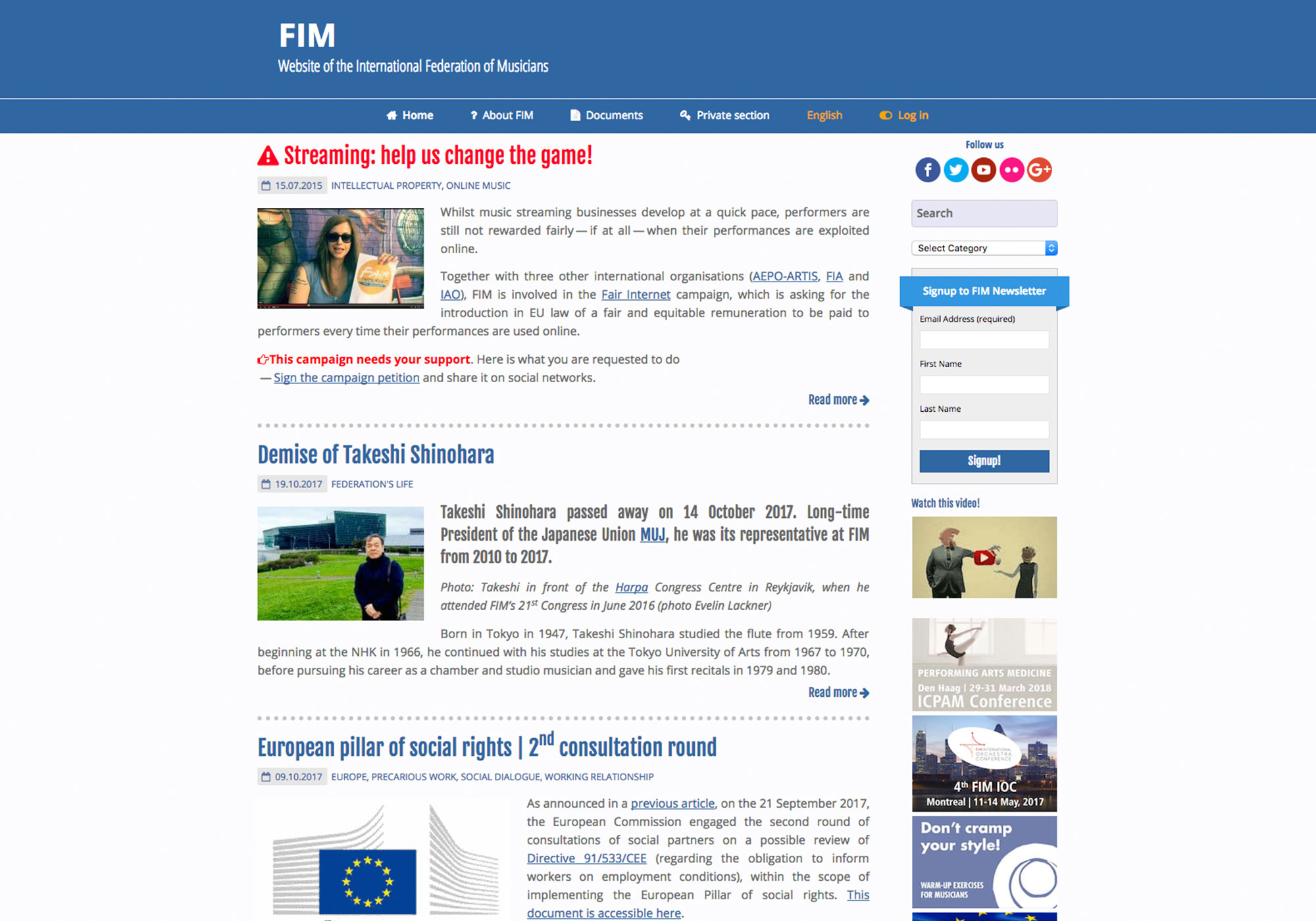 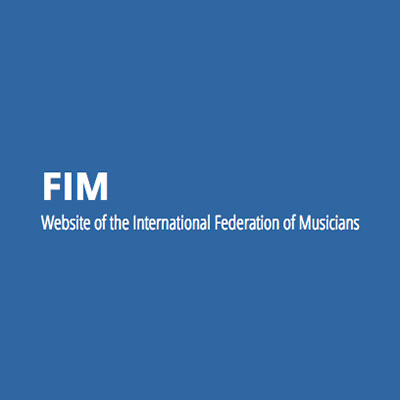 Since its inception in 1948, The International Federation of Musicians (FIM) has been working towards the recognition of intellectual property rights for music performers. FIM counts 70 members in 60 countries throughout the world. FIM has a permanent relationship with major intergovernmental organizations such as UNESCO, the International Labour Organisation, and WIPO. It is recognised and consulted by the Council of Europe, the European Commission and the European Parliament. It enables it to participate in crucial negotiations on the protection of performers where it can make the voice of musicians heard.

FIM’s efforts have led or contributed to the adoption, at international level, of the Rome Convention (1961), the WPPT (1996) and the Beijing Treaty (2012). It seeks to establish international norms for contracting conditions, health and safety, performers legal and financial rights and works to promote cultural diversity.

In order to try and rebalance the interests of industry and the talent upon which industry depends the FIM together with three other organisations representing performers in Europe: AEPO-ARTIS (http://www.aepo-artis.org ), International Federation of Actors (FIA) and the International Artists’ Organisation (IAO) are carrying out a campaign to introduce into European legislation a right to remuneration for performers, collected from downloading and streaming platforms and managed by performers’ collective management organisations.