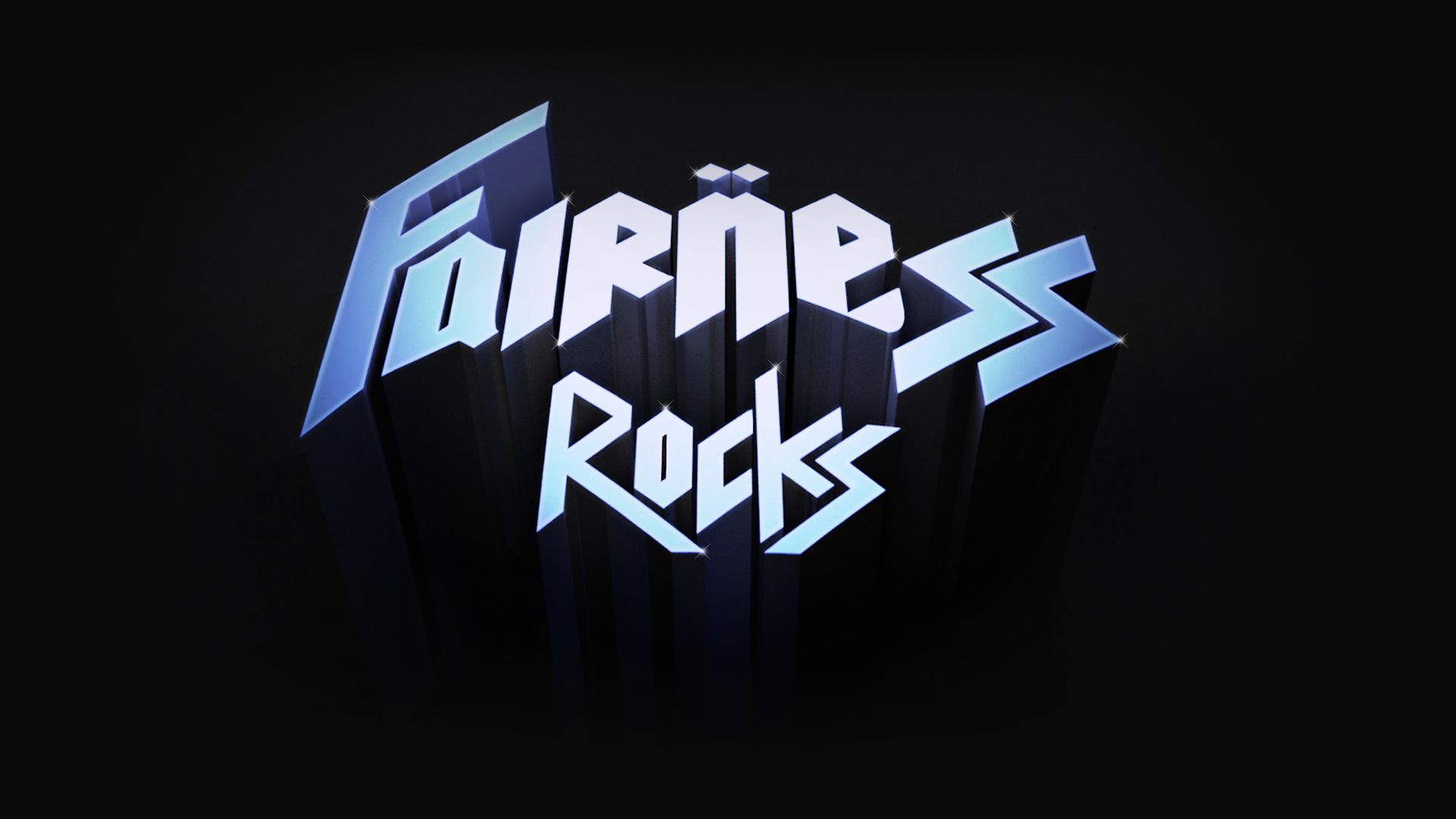 Home Library HOW SONGWRITERS AND COMPOSERS ARE CONTRACTED AND PAID

HOW SONGWRITERS AND COMPOSERS ARE CONTRACTED AND PAID

The function of a music publisher on behalf of a songwriter or composer is threefold: To fund the production of original works; to promote the works by seeking exploitation opportunities; and to manage the licensing of rights and the resulting income, paying the money to the author according to contract.

Different cultures prevail as between a record label and a publisher. A song can have a much longer life than a single track, so the impulse in the label is to maximise earnings from the moment of release, knowing there is not likely to be a long exploitation life ahead. In contrast, for music publishers, because of the combined revenue opportunities of film and tv usage, advertisements and cover recordings by a range of artists, it is the longevity of a song that drives the business – though a huge hit by a new artists will bring out the chequebooks from the off because of the value of royalties generated by the song’s communication to the public (such as broadcasts).

There are independent music publishers who do an excellent job nurturing their catalogues. But in a marketplace where three major companies dominate – Sony/ATV, Universal Music Publishing and Warner Music – it is difficult to see how effective promotion can be for the “majors” when they own hundreds of thousands of songs which are being “promoted” by internal promotional teams. It is quite a task to secure song placements in film, tv, games, ads, and cover versions by other artists for every song in the majors’ catalogues.

There is a key principle embodied in the structure of rights and revenues from music publishing. While a label pays a royalty only after recoupment of an advance, acquires complete control of the sound recording copyright, controls a performer’s services but CMO income is not guaranteed, it is different for songwriters and publishers.

Firstly NOT ALL the rights in the songs are granted to the music publisher. The communication to the public right (which includes the making available right) is granted by the songwriter to the songwriter’s local CMO. The music publisher acquires all the other strands on the copyright bundle but not the communication to the public right. (Check out the section on Collective Management Organisations.) The publisher has only a right by contract to share in the revenue that this right generates, but not ownership of the right itself.

In every country but the USA the songwriter’s assignment to their local CMO is global and exclusive. The effect of this (everywhere but in the USA) is that the CMO issues the licences, shares data with other countries’ CMOs and collects domestic income from domestic licensees and foreign income from foreign CMOs. Nobody but the CMO can issue a licence or collect income. In the USA a songwriter’s assignment is non-exclusive which enables the publisher, subject to the express terms of the individual songwriter’s contract, to issue license direct to users. This does not always work to the benefit of the writers……

The second difference between a performer’s situation with a label and a songwriter’s with a publisher is the revenue flow and the sources. A performer will receive some income – after their advance – from a CMO (see How Performers are Protected and Paid in the Library) but only in countries where the law makes this possible. But a songwriter will always receive a minimum of 50% from CMO in nearly every country in the world, and from the moment their songs start to be exploited. This revenue comes direct from the CMO and cannot be used by the publisher for recoupment of any advance. The other 50% is paid by the CMOs to the publisher and it is that half plus other income the publisher collects from the rights they DO own, that recoups any advance paid to the writer. It is because of this contractual right to income that publishers have Board representation at CMOs. The writers who share the Boards of the CMOs often have to fight hard to keep the writers’ interest to the fore in policy and distribution decisions. Be surprised.

Publishers customarily pay an advance and may contract for a series of option periods during which a songwriter delivers a pre-agreed number of works. This is the model if the songwriter is either a performer as well (thereby guaranteeing song income from live performances or from the copying of the song on recordings), or has a reputation as prolific, or the publisher has sufficient confidence in their abilities. A writer will continue to have an exclusive relationship with the publisher for as long as the options are exercised and after an agreed period of time is free to take their song writing skills elsewhere. But the copyrights that the songwriter has created and has assigned to the publisher (as ownership of most but not all of the bundle of rights) might stay with the publisher for the full period of copyright – life of the author plus a number of subsequent years (plus 50 to 70 depending upon the country’s statutes). Writers with strong negotiating status can agree that the rights will revert to them after a pre-agreed time. And writers that are very powerful can do deals whereby they engage only the publishers’ services of promotion, funding and administration, but do not pass ownership of the copyrights across.

It is the publisher’s responsibility to manage the licensing of the works for usage not just by an original singer/songwriter, but to find cover versions by other artists or use of the songs in ads, films and the like. Revenue from the copyrights assigned to the music publisher will be generated every time one of the so-called acts restricted by copyright takes place: copying (onto a CD, DVD, into a film or ad, copying and printing sheet music or from income from arrangements/adaptations, and the publisher’s 50% from CMOs.

The share of revenue between a publisher and a writer is very different from the customary level of royalties from performers. The royalty split will be anything from 50/50 to 80/20, and can be 90/10 for the very successful. So, remember that 50% that a publisher gets from the CMOs? Well, after recoupment of any advance, the publisher may have to share a portion of that with a songwriter to conform to the royalty split agreed by contract. Old contracts still prevail where it is a strict 50/50 split. But more modern contracts will oblige the publisher to give say 75% of income from their revenues to the songwriter – so most of income from copying CDs and DVDs for example is paid to the writer.

And where that 75/25 split applies to the income from communication to the public – live performance, radio, tv and streaming – the publisher will, after recouping the advance, have to use some of “their” 50% to top up the 50% the writer has already received. So, in the case of 75/25, the publisher will have pay onward half of their 50% (ie 25% of the gross) to bring the writer’s share up to the agreed 75% in the contract.

From this one can see that in a band, it is the person who writes the songs that will be earning between 8 and 11 times as much as the band members signed only to the record label as performers. One very good way to keep a band cohesive is to agree – up front – to share song writing income, or credits and income, equally among all members of the band. That will leave “musical differences” to be the basis for disputes.

A publishing contract has approvals provisions, so writers may be able to influence how their music is used in commercials for example. The contract will identify the length of the option periods, how often the publisher accounts, the rights of audit (because auditing is essential to make sure accounting is correct),and how long the publisher will own the copyrights after the actual contract is finished.

The act of downloading a song uses the copying element of the copyright as well as a communication to the public. The money from downloading is weighted to allocate more to the copying element than the communication. This has helped publishers recoup advances that used to be recouped from revenues created by copying CDs – a market that has dived since the digital revolution.

But for streaming one might expect that communication would take the lion’s share of every dollar, and the transient copy be a minor part of the allocation. In some cases this is indeed true. But increasingly, powerful publishers, have pressed CMOs to agree that the weighting should be 50/50, for communication/copy. One can see that the challenge of recoupment from diminishing copying revenues might prompt this commercially, but those contractual “three little words” (see Shocking Facts) tip the scales in favour of publishers. Remember, unless a publisher can match the money “directly and identifiably” to the individual songs, no payment will be made to the writers. Added to that the internal song identifiers used by publishers being different from those used by CMOs, and there remains an inbuilt disincentive for publishers to maintain accurate data internally. Or data and identifiers that match those held by the CMOs. Lump sums monies that cannot be exactly matched to individual songs in the catalogue can be retained, which is good news for publisher executives’ bonuses and shareholders.