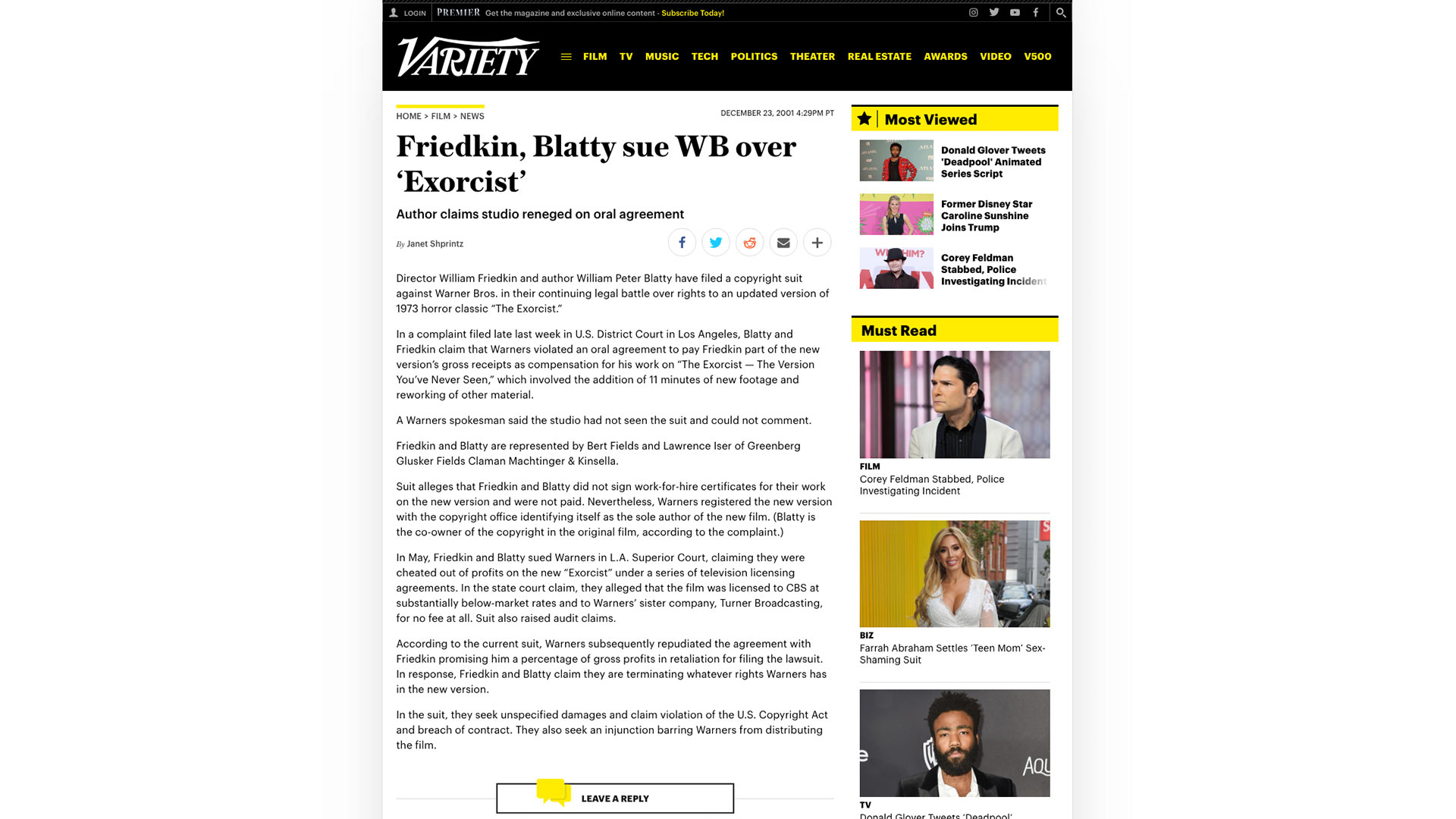 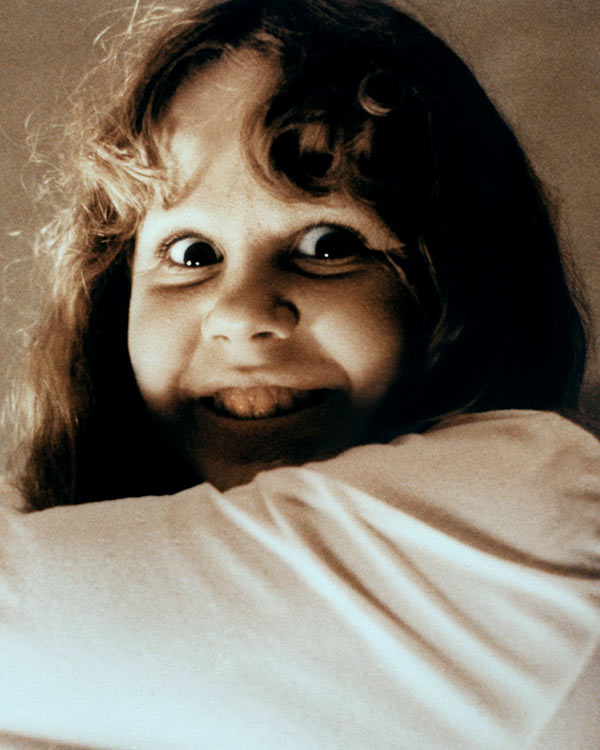 Director William Friedkin and author William Peter Blatty have filed a copyright suit against Warner Bros. in their continuing legal battle over rights to an updated version of 1973 horror classic “The Exorcist.”

In a complaint filed late last week in U.S. District Court in Los Angeles, Blatty and Friedkin claim that Warners violated an oral agreement to pay Friedkin part of the new version’s gross receipts as compensation for his work on “The Exorcist — The Version You’ve Never Seen,” which involved the addition of 11 minutes of new footage and reworking of other material.

A Warners spokesman said the studio had not seen the suit and could not comment.

Author of the book Exorcist, William Peter Blatty, filed a lawsuit against Warner on September 3, 2010 regarding Warner prohibiting him from reviewing the film’s accounting and receiving owed profits. Blatty’s complaint included claims for breach of contract, breach of fiduciary duty, accounting, and breach of implied covenant of good faith and dealing. In February 2012, the parties reached a settlement for an undisclosed amount.