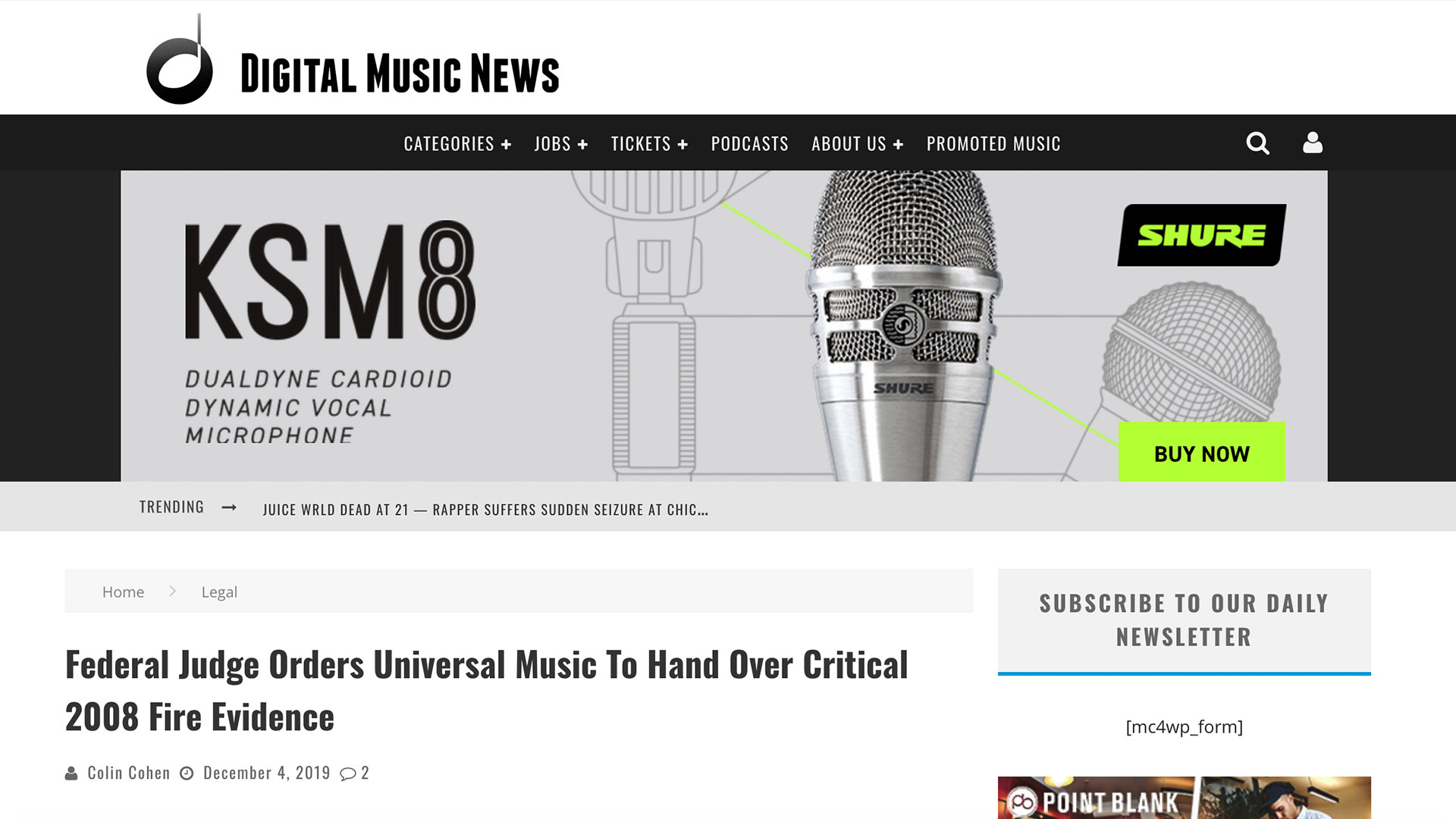 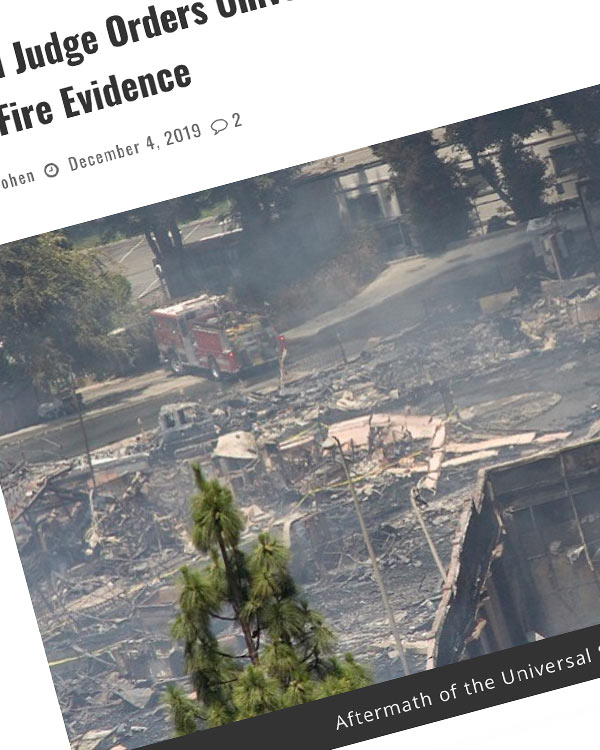 A federal judge in California has ordered Universal Music Group (UMG) to provide discovery evidence requested by litigating artists. The order is the latest development in a class action lawsuit filed by artists in response to the fire at the Universal Studios backlot in 2008.

In June of this year, Soundgarden, Tom Whalley (who is the trustee of the Afeni Shakur Trust), Jane Petty and Steve Earle sued Universal Music Group because they believe that their master recordings were destroyed in the infamous fire back in 2008. Among other things, the artists sued the company for breach of contract, negligence, reckless conduct and misrepresentation by omission.