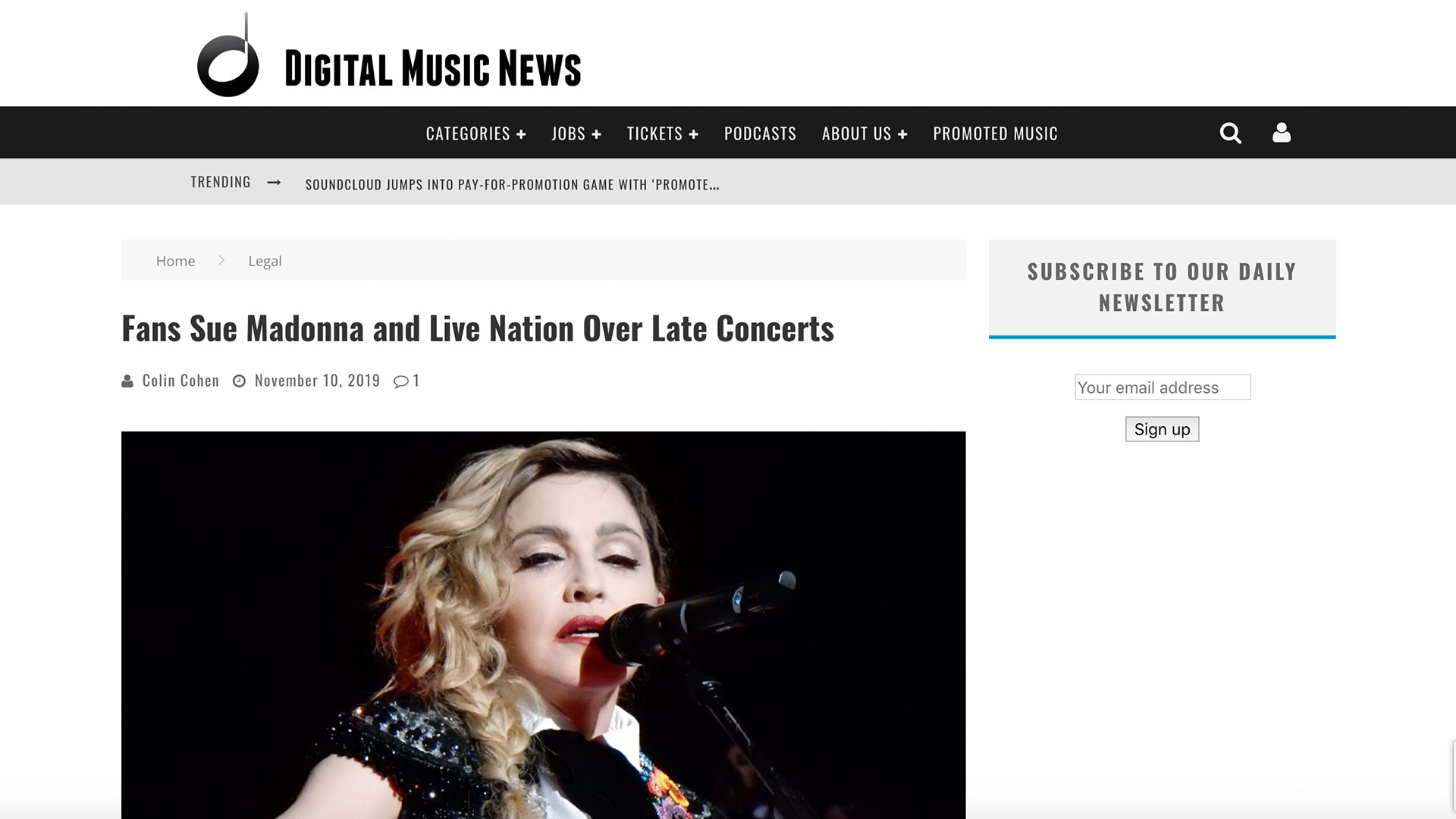 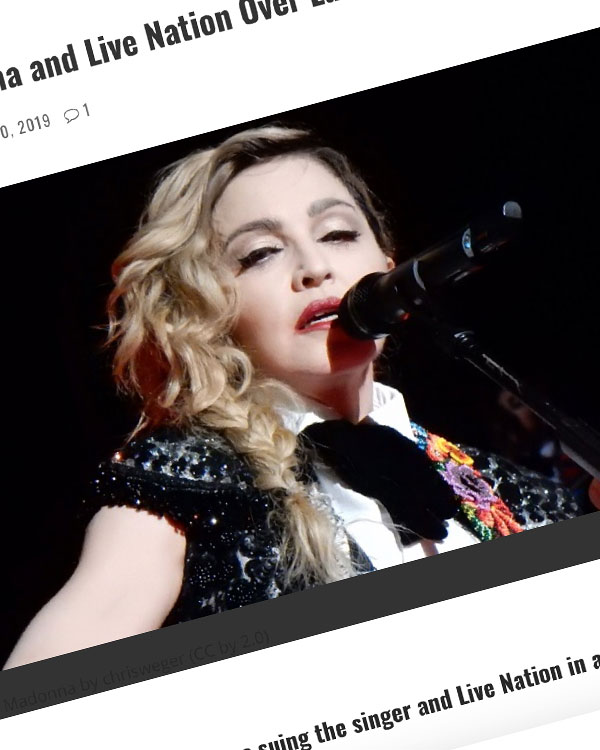 Fans of Madonna in Florida are suing the singer and Live Nation in a class-action lawsuit over late concert starting times.

Nate Hollander is the person behind the suit. He says that, in August, he bought tickets to Madonna’s Miami Beach concert on December 17. Originally, it was set to begin at 8:30 p.m., but it has since been changed to 10:30 p.m., which Hollander claims is outrageous for a Tuesday night show in which people have to work the following day.