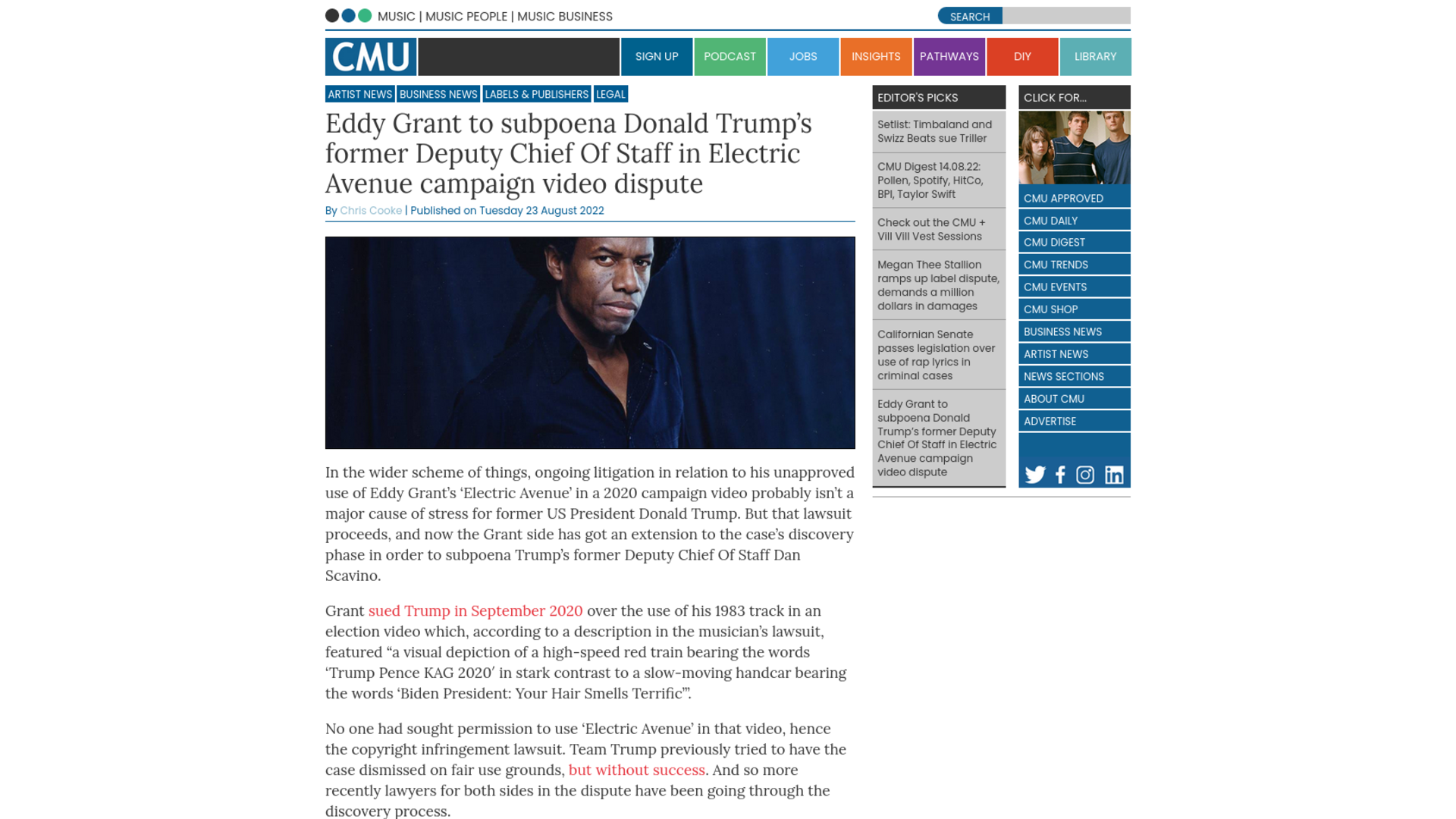 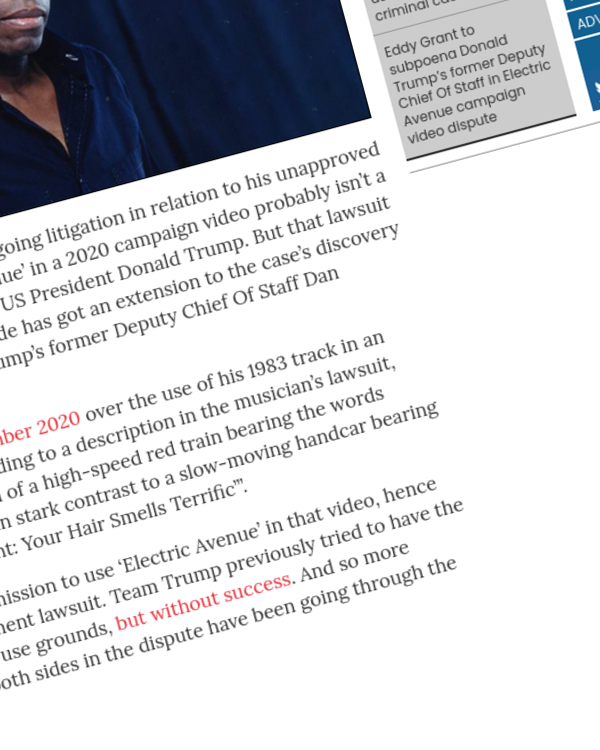 In the wider scheme of things, ongoing litigation in relation to his unapproved use of Eddy Grant’s ‘Electric Avenue’ in a 2020 campaign video probably isn’t a major cause of stress for former US President Donald Trump. But that lawsuit proceeds, and now the Grant side has got an extension to the case’s discovery phase in order to subpoena Trump’s former Deputy Chief Of Staff Dan Scavino.