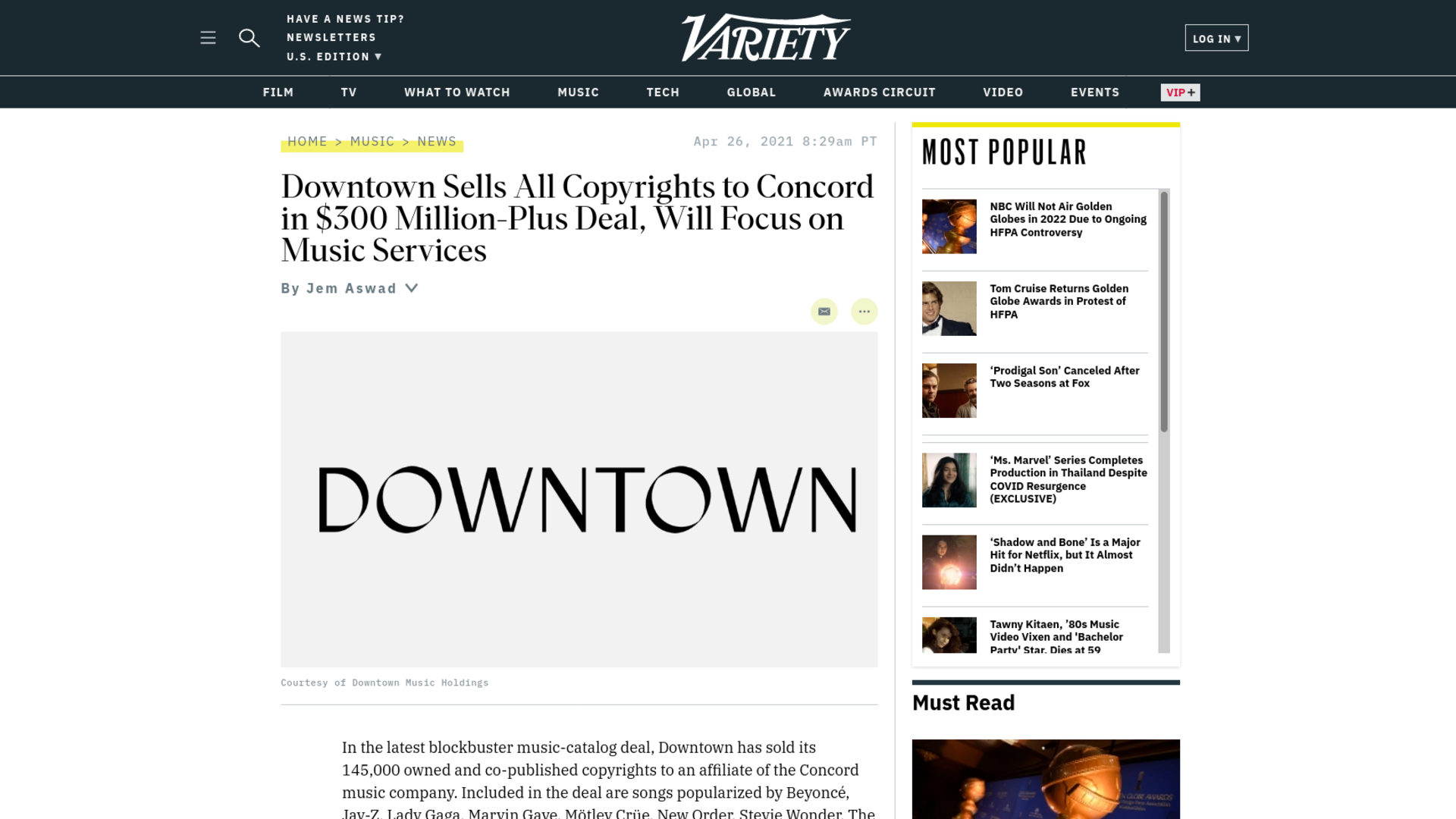 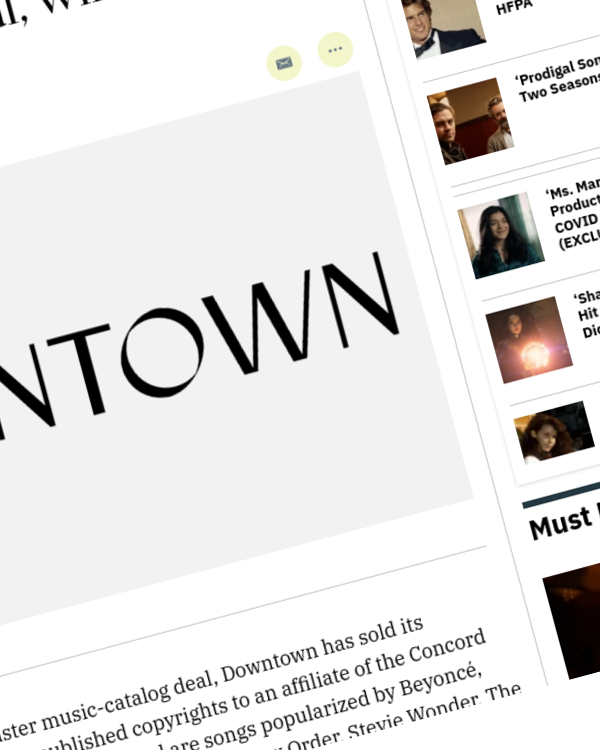 Downtown Sells All Copyrights to Concord in $300 Million-Plus Deal, Will Focus on Music Services

In the latest blockbuster music-catalog deal, Downtown has sold its 145,000 owned and co-published copyrights to an affiliate of the Concord music company. Included in the deal are songs popularized by Beyoncé, Jay-Z, Lady Gaga, Marvin Gaye, Mötley Crüe, New Order, Stevie Wonder, The 1975 and others, such as “Green Onions,” “Dancing In the Streets,” “Home Sweet Home,” “Moves Like Jagger,” “Halo,” “Stay With Me” and “Shallow.” Also included in the deal were a substantial number of J-pop and K-pop songs, as well as French hits.